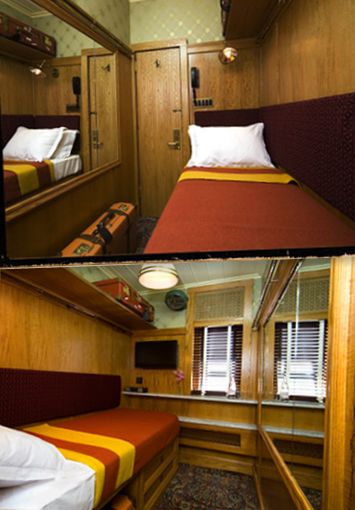 Inexpensive lodging has finally come to the West Village; The NY Times reports on 113 Jane Street's latest incarnation: The Jane, which is offering up rooms for under 100 bucks.

The catch? The hotel's rooms are 50-square-feet...but for a double-digit price tag in that zip code, it's not too shabby. Plus the owners also run the Bowery and Maritime Hotels, so they know what they're doing and have equipped each room with a/c, a flat screen television and WiFi. While some larger rooms with private bathrooms, and a spa for the downstairs are planned, word is that the gritty old vibe will dominate.

Mr. MacPherson said the building, which has long been a single-room-occupancy hotel and is now called the Jane Hotel, is not for the “faint of heart.” The lobby is a construction site, and guests will share bathrooms with long-term residents. But it is a place for bargain and atmosphere hunters.

The cabin-like rooms have been in place since the building was completed in 1908, originally meant to house sailors. Plus, the Times points out that the building once sheltered the surviving crew of the Titanic (who were held there until the American inquiry of the sinking was complete) -- so you also get to be a part of history. Read more about the hotel's past lives here.