The tulips' journey to New York City is similar to the palm tree's journey to Los Angeles—it was centuries ago that humans brought these two otherworldly beauties to places that nature hadn't quite planned for. Tulips originated in the Middle East, just like the Palm, but today they are both common sights stateside.

In the 16th century the flowers were imported to Europe (from Turkey) by the Dutch, and sometime around the 1600s they made it over to the U.S.—in New York, they arrived around the same time as Henry Hudson.

Fun fact: Tulip Mania was a real phenomenon! In 1637 the Dutch people were driven so wild by the flowers that "contract prices for bulbs of the recently introduced tulip reached extraordinarily high levels" before the bottom dropped out. "At the peak of tulip mania, in March 1637, some single tulip bulbs sold for more than 10 times the annual income of a skilled craftsman. It is generally considered the first recorded speculative bubble (or economic bubble)." Allegedly, tulips "briefly became the most expensive objects in the world during 1637." It's possible this was all greatly exaggerated, of course—maybe this movie Tulip Fever will provide some truth. (You could also read this book for further investigation.) 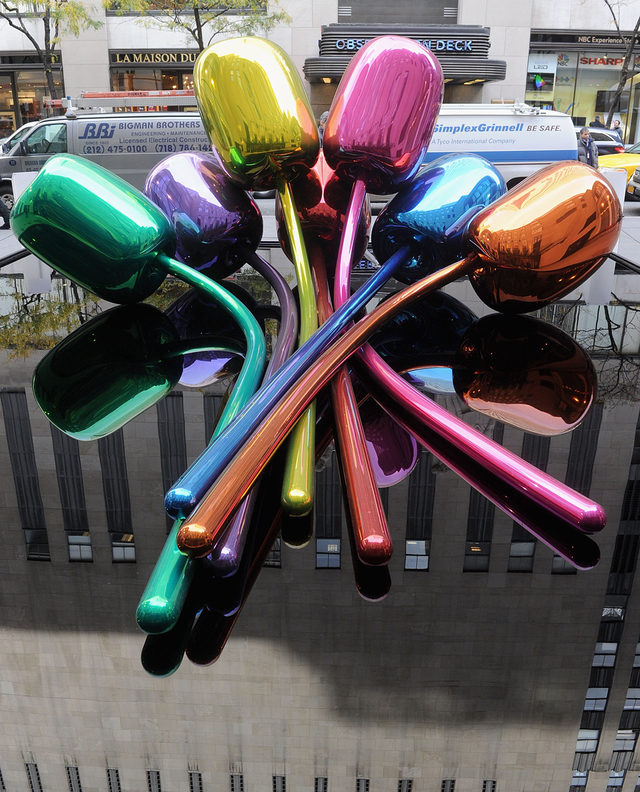 Like a beautiful infestation, these days you can find millions around the five boroughs during the springtime months. In 2001, a gardener in Amsterdam discussed their wild popularity with the NY Times, explaining, ''I think we needed the color.'' Well the same goes for NYC in the gray and rainy springtime. But how did such a decidedly not-very-New-York flower (it doesn't even look like a New Yorker, what with its jubilant glow) really become a staple on our streets? I asked around...

Turns out, beneath that delicate exterior is a tough little spirit—tulips were integrated into the landscaping plan because they have "hardy bulbs that can survive winter and bloom every spring," NYC Parks Marechal Brown, director of horticulture tells me. And when I asked her if I was hallucinating that the tulips have grown in number this year she assured me that I wasn't seeing things: "This spring seems to be especially full of amazing tulip displays. They may have benefitted from the mild winter and early spring."

And now a word from your author: To keep you interested in this programming, I am going to be placing some delightful photos and videos throughout this piece that you will see as you scroll down, this is in order to keep hold of your fragile attention. Have you ever seen a photo of a tulip field from above? IT IS UNREAL, like you're looking at an entirely different planet or a Pendleton blanket made by Mother Nature. (This sentence was not brought to you by Pendleton, they just make really fantastic blankets and I would purchase one with a tulip field pattern.) Here is what it looks like to stand in their majestic waves of color: 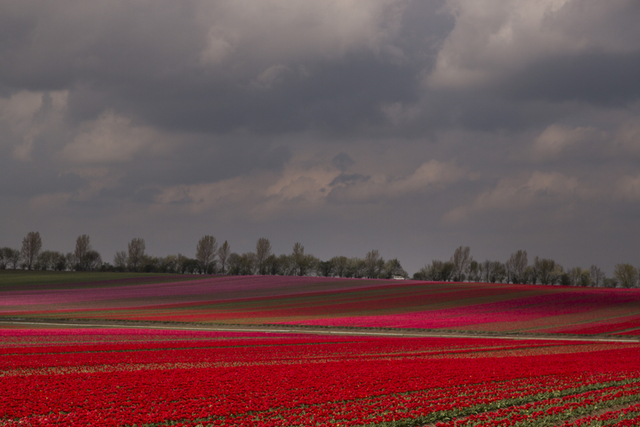 What we learned from Marechal Brown of the NYC Parks Department:

And now a quick break to look at a tulip selfie featuring Julia Louis-Dreyfus. Just fantastic:

Today in NYC in front of the NY Public Library. Ain't these tulips so purdy? This is a great start to a great weekend for a great premiere of @veephbo!

What we learned from Carla Sylvester at the Central Park Conservancy:

In Central Park you'll also find some "small species tulips within the perennial beds themselves, adorable things like Tulipa clusiana or T. batallinii, and T. humilis," Schaub says. The Shakespeare Garden is currently home to several unusual species of tulips, notable for their size, shape, and color.

And now, here's Tiny Tim who would like to sing to you:

What we learned from Maureen Hackett at Bryant Park Corporation:

The front entrance of the New York Public Library on 5th Avenue has always had fantastic and seasonal floral displays, and currently tulips are the headliner. The NYPL isn't in charge of this though: it's Bryant Park's mission to keep up appearances out there.

Actually, that's all we have. Maybe someone will bring up tulips at a cocktail party you are at this week and you'll dazzle them with your knowledge. We recommend you lead with Tulip Mania and casually mention how during the 1939-40 World's Fair there was a full week dedicated to the flower. "Why did anyone even bother photographing colorful flowers in the age of black & white film?" you can ask your companion. 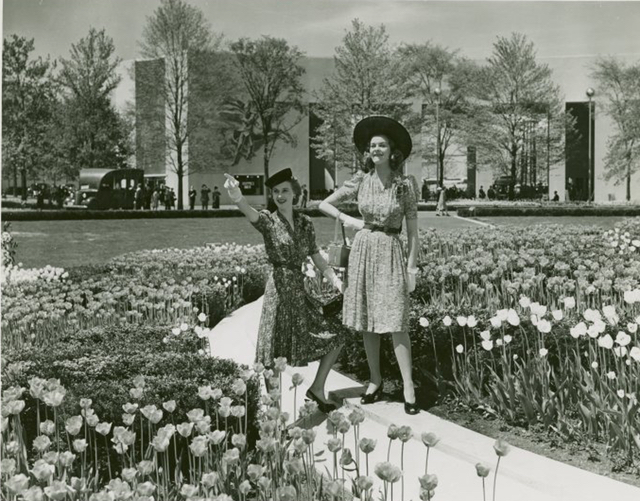 Tulip Week at the World's Fair. (Courtesy of the NYPL)

#flowers
#history
#tulips
#original
Do you know the scoop? Comment below or Send us a Tip