The Grass Is Still Greener At Live Earth 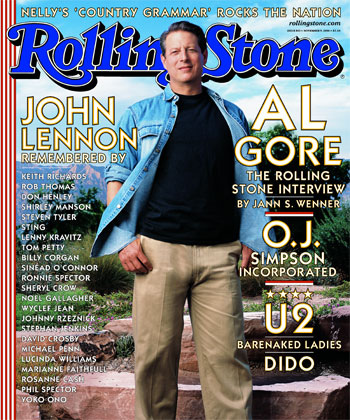 Since the only truly green event is the one that doesn't happen, Live Earth is certainly being met with some criticism - but either way it's going to cast some green over the world tomorrow. If you aren't heading over to the "New York" event yourself, NBC Universal will be bringing the concert to the world with a three-hour primetime special Saturday night on NBC, 18 hours of live coverage on Bravo, seven hours on CNBC and lot more over at the Sundance Channel, Universal HD, Telemundo and Mun2. More on how they prepped for the event, and how they learned from Live 8, here.

With Gore's son just being busted for drugs, he's now also having to worry about critics of his cause. He's been defending the "greenness" of the concert because "any event of such magnitude is bound to create trash and use gas — and some have claimed this contradicts Live Earth's green goal of raising awareness for climate change." Roger Daltrey recently told a UK paper that "the last thing the planet needs is a rock concert." Muse frontman Matthew Bellamy has criticized the use of private jets for artists and PETA has claimed it's inconsistent with the message of Live Earth to sell meat at the concerts.

Bringing the music industry into an environmental effort is an interesting idea because the industry, not just huge concerts but the business itself, is far from green. For the most part press kits that are sent out by major labels are rarely digital - and instead shipped via FedEx or UPS. They often contain a PVC-wrapped jewel case cd, surrounded by bubble wrap and accompanied by at least two sheets of xeroxed press blurbs. Coolfer recently pointed out an ironic example of a very non-green Prince promotion:

The timing is ironic. Just as musicians and fans around the globe get ready for this weekend's Live Earth concerts, Prince announced plans to bundle his new CD in the U.K. with copies of Mail on Sunday. The likely result will be hundreds of thousands of additional newspapers printed solely so people can get Prince's CD.

Let's do the math. The Mail on Sunday had a circulation of 2,253,000 in March of 2007. According to The Mail, it sold 2,570,000 newspapers that were bundled with a CD of Mike Oldfrield's Tubular Bells in April. (Other music-related promotions had similar increases in papers sold.) That's an increase of 317,000 newspapers.

Conservation it ain't. The typical Sunday newspaper makes the old, controversial CD longbox look like a business card. Given the concerns over consumer products' effect on the environment, maybe a better alternative would be to give away a free download at the Mail's website. The title of Prince's upcoming album, by the way? Planet Earth.

Tomorrow is all about making some noise to "trigger a global movement to solve the climate crisis", and when there are people like Senator James Inhofe (R-Oklahoma) calling global warming a "hoax," it seems there might be a need for the noise. To keep true to the cause, the event will be the greenest of its kind by implementing "green event guidelines" issued with support from the U.S. Green Building Council. The guidelines include: "all electricity that powers the shows will be from renewable sources; concessionaires will be encouraged to use suppliers of biodegradable plastics; waste will be minimized through recycling and reuse; venue offices will use as little energy as possible; production lighting will include the use of LED light bulbs; staff and artist air travel will be offset through carbon credits; and ground travel will be by hybrid or high-efficiency vehicles where possible." So in the end, the grass is still greener at Live Earth, and perhaps at future events as a result.