The Mayor's office has announced that Chiara and Dante de Blasio will be the King and Queen of this year's Mermaid Parade—a perfectly charming choice. Between Chiara's eclectic fashion sense and Dante's perennially festive afro, the two will look marvelous perched on top of a garishly decorated throne, probably still matted with a fine scrim of Judah Friedlander's chest hair.

But not everyone was on board with the decision. Gothamist HQ immediately exploded in a chorus of "Ick!" following the announcement, as apparently a sibling monarchy raises some eyebrows in our Loft of Purity. "Bro & Sis and King & Queen? eww," said Chris Robbins. Publisher Jake Dobkin agreed. "That's the kind of thing that ended the Habsburgs." Fine, fine, but did the Habsburg's have this? 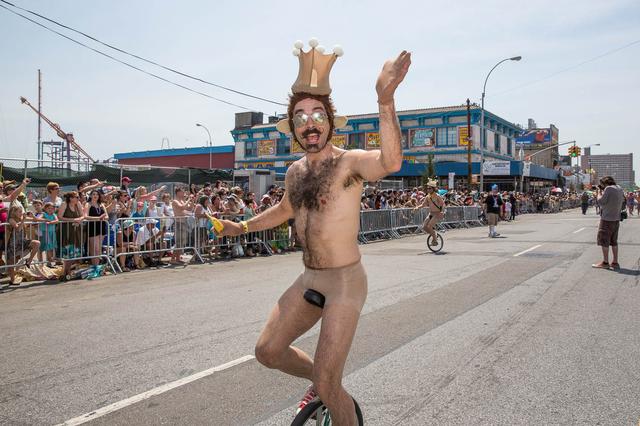 The Coney Island Mermaid Parade will be held on Saturday, June 21st.

#chiara de blasio
#coney island
#dante de blasio
#mermaid parade
Do you know the scoop? Comment below or Send us a Tip