The Calm Before the Bon Jovi Storm 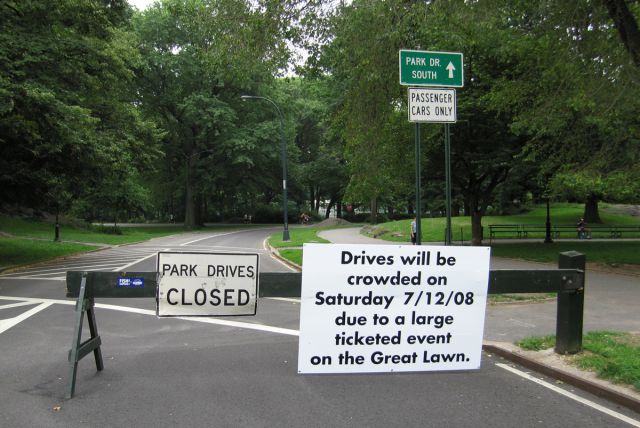 Photos by Joe Schumacher and orangejuicy. 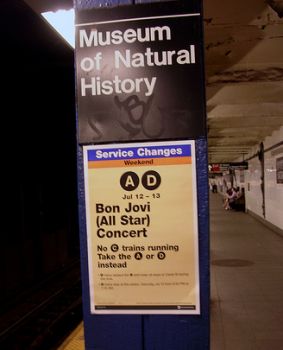 Will the Bon Jovi madness never end? amNewYork reported that the line for the Saturday concert was expected to form last night. Hard core fans want to secure good spots, and not get pushed into the overflow section. As we mentioned earlier this week, only 50K of the 60K will have spots with a view, the rest are sent to a space with no sightline of the stage or their precious Jon Bon -- though they will allegedly be able to hear the Jersey rockers.

City Councilwoman Gale Brewer called the concert planning "bizarre," alluding to both the capacity limits and the ticket scalping, saying: "the great thing about the Great Lawn was that everybody could go. This notion of having to run around to get tickets takes away from the space." Allegedly the city believes that 15% of ticket holders will not even attend, which is why they allowed 10K more than they want there. The band also responded to the ticket scalping debacle, in a message on their website yesterday that was almost immediately taken down. It said, in part:

"We have always had the best interest of the fans at heart, and repeatedly, with the help of AEG, our national promoter, tried to educate MLB and New York City about the fairest and easiest distribution of tickets. Through a series of compromises and negotiations, it has come to this. We appealed to the powers that be to distribute through the Internet an additional amount of tickets, and through the series of compromises, some were to be distributed (at the time of this post) specifically to combat scalping."

To those who plan to wait it out in line, a few things to keep in mind: police will be monitoring the lines for cutters, and those who purchased fake tickets will be banished once their ticket is scanned. Still want to give it a shot? Doors are set to open at 2 p.m. on Saturday, a full 6 hours before the concert is scheduled to begin and nearly 2 days after the line began to form. If you spot any fans in the park, tag your photos "Gothamist" on Flickr! And by all means, if you see Richie Sambora today, wish him a Happy Birthday.