The Best Things To Do In NYC This Week: From The Afro-Latino Fest To Gotham Girls Roller Derby

Have a lovely literary summer eve at Books Beneath the Bridge, which has been going strong since 2012. Every Monday night for the next six weeks, one of Brooklyn's fabulous bookstores will curate a night of words by the water. The series kicks off this year with Columbia Street Waterfront's Freebird Books presenting Hugh Ryan, who curated the Brooklyn Historical Society exhibit On the (Queer) Waterfront. Ryan will read from his new book When Brooklyn Was Queer, followed by an audience Q&A and signing. 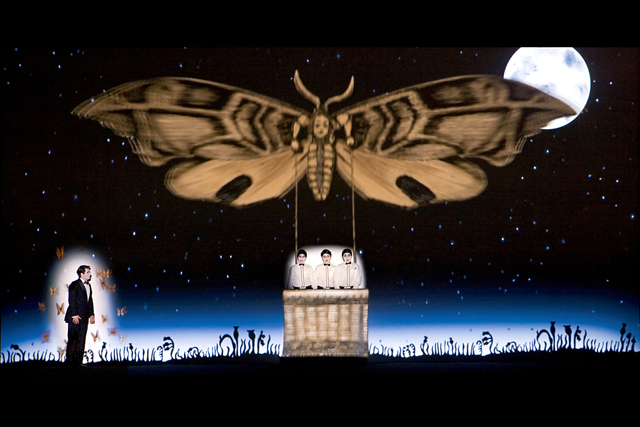 Take a trip back in time for A Night at Niblo's Garden, where the Bindlestiff Family Cirkus turns Green-Wood Cemetery into a Victorian vaudevillian extravaganza. The annual gala honors one of the cemetery's "permanent residents": William Niblo, proprietor of one of New York's largest and most fashionable mid-19th-century theaters. There will be fire eaters, musicians, contortionists, performers on floats, and more; guests are encouraged to bring blankets and treats to picnic in the grass surrounding the glacial pond Crescent Water, near Niblo's newly restored mausoleum.

Heat up the night at the seventh-annual Afro-Latino Festival, celebrating the African roots of people from Latin America and the Caribbean through cultural exchange, artistic showcases, culinary presentations, and education. The fest includes music from eight countries on three stages, kicking off with the Diaspora Day Party featuring Haitian-American DJ Stakz and other Haitian, Dominican, African, and diaspora DJs. There will be performances by Latin Grammy winner Jose Alberto “El Canario,” the "Showman of Salsa," Panama’s top calypso band Los Beachers, poet-activist Felipe Luciano, mariachi band Flor de Toloache, and many more. The fest also hosts the launch of the AfrolatinTalks podcast series, plus more than 40 Afrolatino food vendors in DeKalb Market Hall. 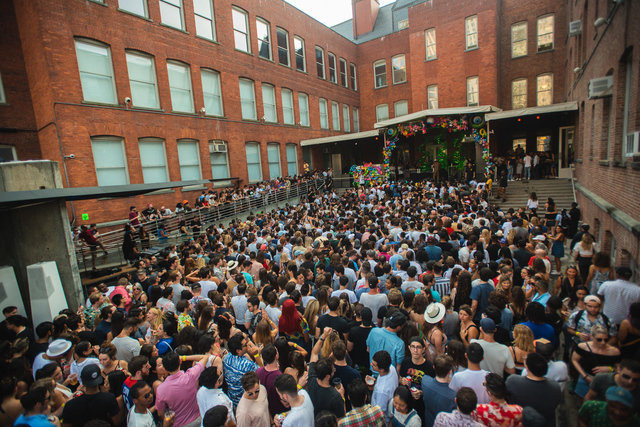 Since 1998, one of the city's best summer series is PS1's all day party Warm Up, running every Saturday in July and August. This weekend's banger is headlined by German techno pioneer Mark Ernestus, who was last in town with Ndagga Rhythm Force, his collaborative project with a revolving cast of Senegalese sabar musicians. Seven other DJs and musicians will also be performing, including Spanish singer and trap artist Bad Gyal, Madrid-based reggaeton feminist Ms. Nina, Jamaican music collective Equiknoxx, and more.

Spend the day in a verdant oasis just steps from Brooklyn's busy Broadway junction while supporting a volunteer-run community space. Bushwick City Farm's annual Chickensh*t Bingo fundraiser promises live music, food and drinks, activities, and of course, Chickensh*t Bingo. To play, guests buy squares on a big board, onto which well-fed chickens are released—and if a bird deigns to poop on your square, you win. Musicians include Abby Rock, Pinkie Promise, Thems Good Eatin', and local DJs; there will also be face-painting and cargo-bike hayrides for the kiddos.

Show your love for indie lit at Pete's Mini-Zine Fest, the longest-running zine celebration in NYC. The low-key fest is great for newcomers and veteran zine-makers alike. There will be two dozen artists tabling, including Bill Roundy, who has brought his zine Bar Scrawl to every PMZF since its inception, and Mary Marge Locker, who was inspired by past fests to start making her own zines, which now include Habits, How to Not Give Up, and My Body This City. The fest was started in 2010 by two Arab American women, Andria Alefhi and Marguerite Dabaie, who will each be hawking their own zines, We'll Never Have Paris and The Hookah Girl, respectively. 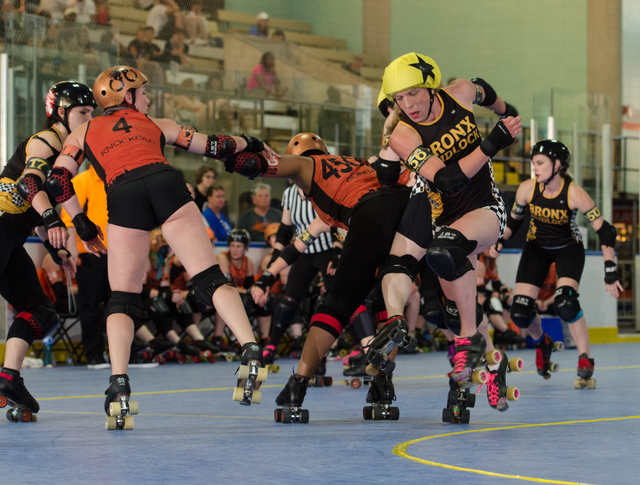 Cheer on a bunch of bad-ass babes at the annual Gotham Girls Roller Derby Double-Header. All four teams in the league will play: first Queens of Pain will take on Brooklyn Bombshells, and then, in a highly anticipated bout, Manhattan Mayhem square off against Bronx Gridlock—both of whom are undefeated so far this season, so this game will have major implications for the championships in August. Gotham Girls Roller Derby is the only skater-operated derby league, and the organization is a founding member of the Women's Flat Track Derby Association.

See the sweet obsessions of an array of accumulators and archivists at the 14th-annual Collectors Night, presented by City Reliquary and Atlas Obscura. There will be more than 30 folks displaying their hyper-specific and wonderfully strange accumulations and doing rapid-fire show-and tells; past collections have included squished pennies, antique sea glass, NYC street furniture, pensive clown portraits, and books with "potato" in the title. This year's keynote speaker, Laetitia Barbier, partner at Morbid Anatomy, will give a presentation on her collection of guillotines in honor of Bastille Day.

#events
#july events
#nyc events
#summer 2019
#summer events
#original
Do you know the scoop? Comment below or Send us a Tip