The Best Running Routes In NYC

The best running route in NYC is the one closest to you—that is without a doubt, even if that route just happens to be repetitive circles around Maria Hernandez Park. Still, there are some straight-up spectacular spots to jog if you have the wherewithal to travel, or are lucky enough to live near. Here are our favorites; as always, leave yours in the comments. 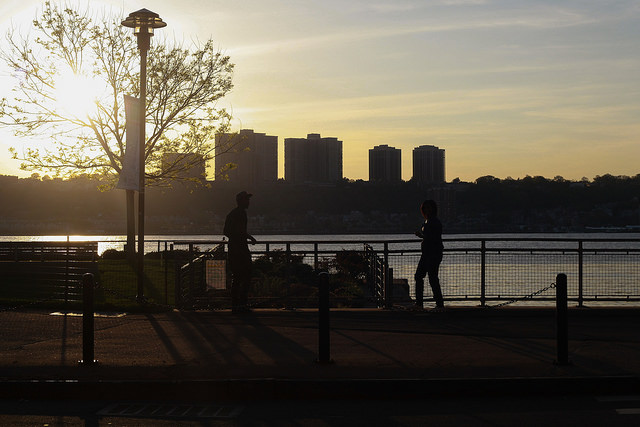 HUDSON RIVER GREENWAY
A mostly flat and car-free 6.4 mile run from Battery Park City to the Boat Basin will take you up the Hudson River Greenway, offering up a spectacular view of the river, past Chelsea Piers and all the way up to tree-lined Riverside Park. You can stop at the Boat Basin at 72nd Street if you're heading from downtown all the way up, or you can start anywhere along the park and run all the way up to the George Washington Bridge, if you're feeling particularly inspired.

PROMENADE LOOP: The Brooklyn Heights Promenade is a beautiful place to run, but it's only a few blocks long—this is great if you're a new runner and just want to stretch your legs for a minute, but more experienced folks might want a little more of a challenge. One reader suggests the "Promenade Loop," a three-mile job starting at Clinton Street, cutting through Cobble Hill Park, taking Henry Street to Remsen, then down to the end of the Promenade and back. The view is insane, but make sure you get out early to avoid all the baby strollers. 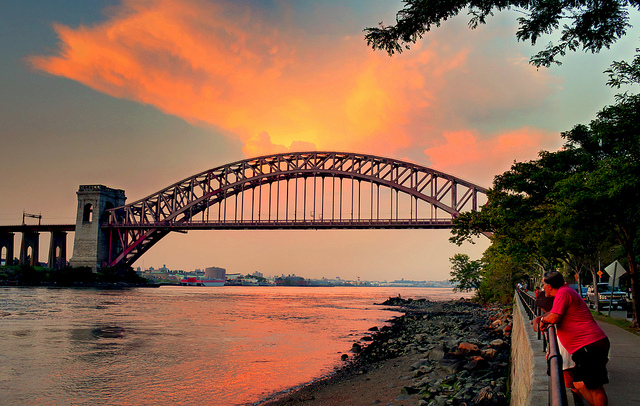 ASTORIA PARK: A loop around this lovely park clocks in at around 1.5 miles, and comes with bonus views of the East River and the RFK and Hells Gate bridges. There's also a great running track inside the park, which is good news for anyone whose knees have had enough of gravel and pavement over the years, plus there's usually a Mr. Softee truck stationed nearby if you want to reward yourself with a post-workout treat.

STATEN ISLAND GREENBELT: The Greenbelt is the city's second biggest collection of public parks, with trails, wetlands and wooded areas covering 2,800 acres in the center of the borough. Hikers, bikers, walkers and runners can take on the preserve's six main trails, which wind through rough terrain, ponds, woods and open fields. There are over 35 miles of running trails here and it's hard to recommend just one route, but if you're sick of pounding pavement on the sidewalk, this is your spot. 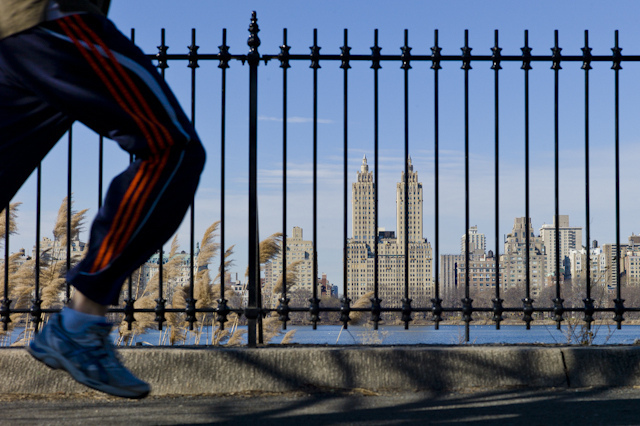 CENTRAL PARK RESERVOIR: My father's run about a dozen marathons, and he started taking me on runs around the Reservoir when I was in high school. That's certainly one reason this is my favorite run in New York, but it's also a beautiful spot, surrounded by trees and boasting panoramic views of the skyscrapers circling the park (including the Empire State building!) If you get here early in the morning or later in the evening, you can coast in 1.58 mile circles as much as you please, but do note that tourists like to swarm here, and you'll end up running through a fair number of their souvenir Instagrams.

EAST RIVER GREENWAY: The northern section of this 9.44 mile stretch runs mostly along the FDR, which isn't great for quiet contemplation, but does offer views of the water. But if you keep running south, you can take the hill into the beautiful Carl Schurz Park, which gives you a chance to have a Rocky moment IRL (and also to sit on a bench). 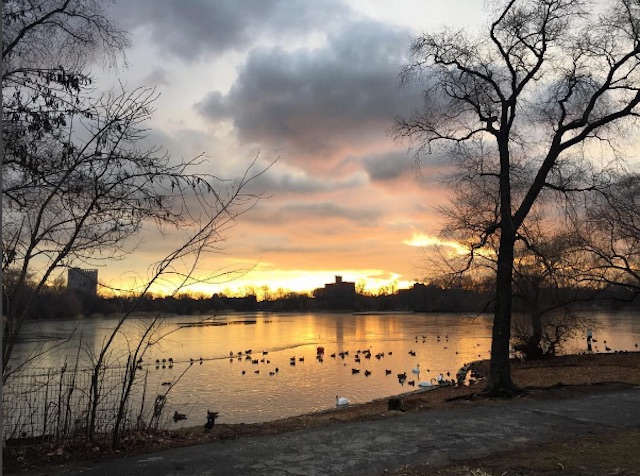 PROSPECT PARK: I spent most of my running life in Central Park, but though the Prospect Park run's a tad shorter—3.35 miles around the main loop, as compared with 5.2 or 6.1 miles around Central—there are fewer cars, bikes and people to get in your way here, plus the foliage is A+++. The best part of this run is when you hit the Prospect Park Lake, especially if you're running early in the morning and happen upon it around sunrise. The run is a little hilly in one direction (there's a reason they call it "Park Slope"), but the incline is gentle, if long. There are also inner trails you can take if you want to add a little to your run, or cut it short.

BRONX PARK: This 718-acre park, located along thee Bronx River is home to the Bronx Zoo and the New York Botanical Garden, and it's got quite a few runner and bike paths, too. You can run through the park or pay the NYBG fee to run through the gardens, if you're feeling spend-y.

BROOKLYN MUSEUM TO SOCRATES SCULPTURE PARK: Brooklyn Museum, run down Washington, on to Flushing, Kent, Franklin, Pulaski, 49th, through Gantry, Vernon Boulevard, Socrates. Technically I've only done this run once, but it's a good long run (about 8.5 miles) with a lot of variety. You get the beautiful skyline going down Washington, chaos in Williamsburg, a tough uphill on the Pulaski, then Gantry Park and more views from Long Island City. At the end, you can check out the Noguchi or Socrates Sculpture Garden, grab food nearby or up in Astoria, and feel good about yourself for working out, getting your culture on, and filling up your tummy. (Raphael Pope-Sussman)

#best of gothamist
#best runs
#original
Do you know the scoop? Comment below or Send us a Tip