New York's known for its Broadway productions, but you don't need to brave Times Square or shell out your life's savings to see a great show. The city's overflowing with theater companies that showcase both established and emerging artistic talent, and there are myriad little theaters in which to discover their work. Here are our favorite local theater companies and theaters; leave yours in the comments. 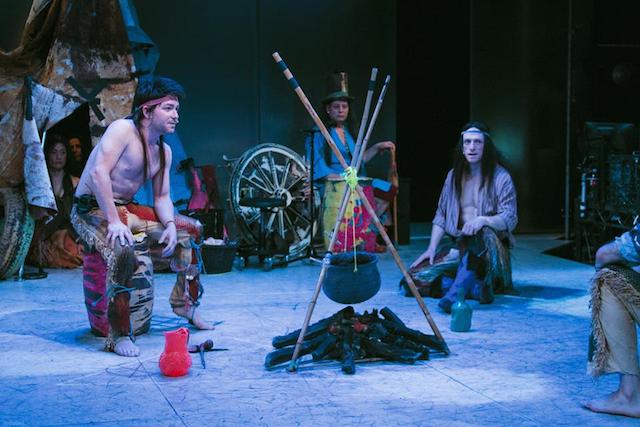 WOOSTER GROUP: This 40-year-old theater company helped foster the creative endeavors of artists like Spalding Gray, Willem Dafoe, and Elizabeth LeCompte (who currently directs the group), putting on experimental productions that have racked up Obie and Bessie awards over the years. The group also won the National Endowment for the Arts Ongoing Ensembles Grant in 1985. Shows are produced at their small, no-frills Performing Garage in SoHo and at other venues around the city when they require more lavish digs. Be sure to catch their take on Harold Pinter's The Room this October and November. 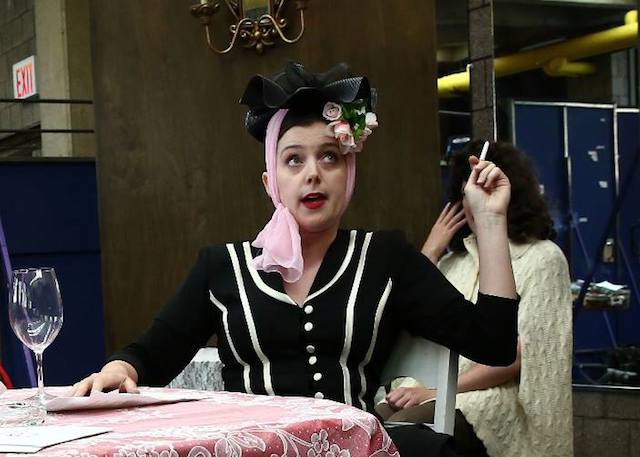 ELEVATOR REPAIR SERVICE: ERS has been a formidable theatrical presence since 1991, when director John Collins culled a group of actors dedicated to performing unique works drawn from found and other literary texts. ERS performs at theaters all over the city, including at The Public Theater, The Flea, and St. Mark's Church, and a number of their productions tour nationwide. Their enthralling eight hour adaptation of The Great Gatsby is now legendary, and in May, the company's revival of The Sound and the Fury earned critical acclaim. Up next, the company will perform Fondly, Collette Richland, an original co-production with New York Theatre Workshop written by fascinating playwright Sibyl Kempson. 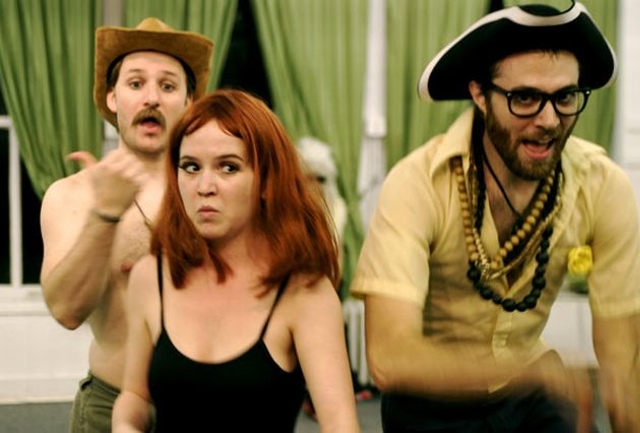 "No Dice" (Nature Theater of Oklahoma)

NATURE THEATER OF OKLAHOMA: Masters of coaxing humor and eloquence from everyday idiosyncrasies, the trailblazing Nature Theater of Oklahoma is led by the husband-and-wife team Pavol Liska and Kelly Copper. Their strange, engrossing plays often draw their dialogue from pre-recorded conversations, shedding wholly unexpected light on experiences and anecdotes that might otherwise be shrugged off as banal. Their company stormed into the center of the NYC alt theater scene in 2007 with their spellbinding production No Dice, followed up with a hilarious one-man stage adaptation of Rambo: First Blood, and is now in the midst of developing what will be an epic 10-part, 24-hour show called Life & Times, which was partially staged at the Public Theater over the course of eight wonderfully weird hours in 2013. The New Yorker accurately dubbed it as a "masterpiece." (John Del Signore) 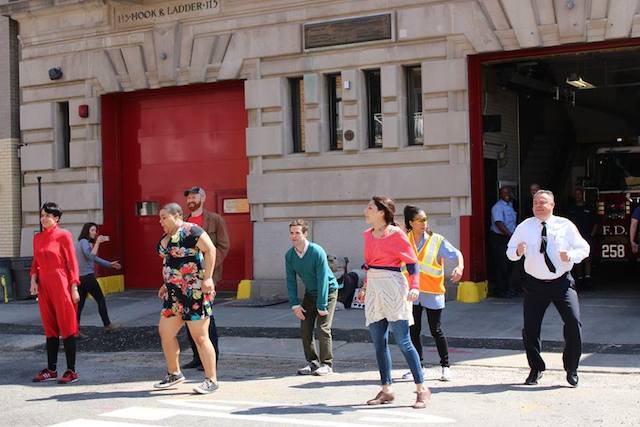 WOODSHED COLLECTIVE: One of the coolest things about the Woodshed Collective is that all of its productions are free, which the group claims "expands our audience beyond the traditional theater community" and " underlines the audiences’ role as active participants rather than as passive consumers." The collective is also dedicated to cultivating immersive, site-specific works like The Confidence Man(performed on a boat docked on the Hudson River), pop-up performances and parties around the city, and their current project, "Empire Travel Agency," in which they take participants on "trips" in the financial district. 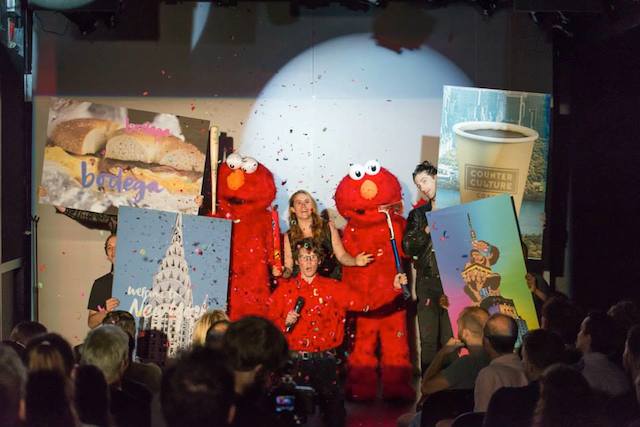 ARS NOVA : Ars Nova's been on the city's theater scene since it was founded by Jenny and Jon Steingart in 2002, and bigwigs like Lin-Manuel Miranda, New Girl creator Elizabeth Meriwether, Jesse Eisenberg, Reggie Watts, and Amy Herzog got their start here, which is a testament to the company's prowess. Company members are usually young and emerging artists, and can take part in play-reading programs, musical workshops, and variety shows to help hone their craft—they've also got the annual festival ANT Fest each summer to showcase young work. For audience members, are affordable (usually around $15-a-pop) and located either at Ars Nova's Hell's Kitchen loft space or theater, depending on what space is required. 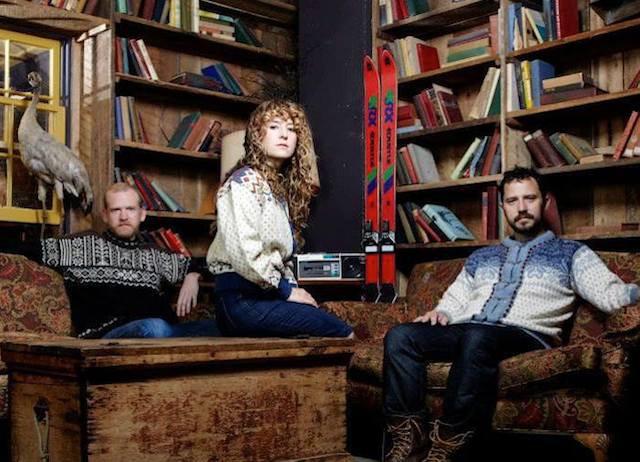 THE DEBATE SOCIETY: Two of The Debate Society's founding members were college sweethearts, which might be nauseating if things hadn't ended so badly. Hannah Bos and Paul Thureen broke up during their senior year at Vassar; luckily, in theater there are no bad experiences, only raw emotion, and the two have gone on to produce visceral, intellectually challenging work fueled by the remembrance of feels past. Together with co-founder and valued third wheel Oliver Butler, Bos and Thureen practice devised theater, a collaborative process in which artists improvise their way to a finished piece. Their most recent NYC production, Jacuzzi, was terrific, and a new show, The Light Years, just completed a run at Vassar's Powerhouse Theater; what's next remains to be seen. (Roxie Pell) 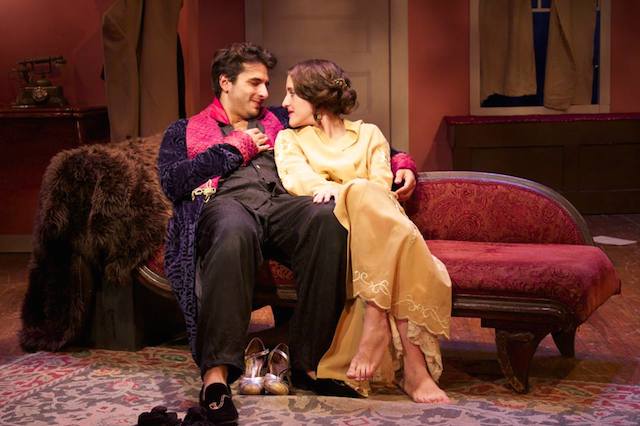 THE ATTIC THEATER COMPANY: With its blend of realism, melodrama, and dark comedy, The Attic Theater Company gets back to the bread and butter of good old-fashioned theatrical naturalism. Which isn't to say its approach is stale or dated; ambitious choices like post-Katrina apocalyptic comedy and Chekhov fanfiction penned by Tennessee Williams offer new perspectives on the American experience that are by turns timely and classic. Although The Attic's summer production of The Dreamer Examines His Pillow closed in August, the company stages occasional readings in the time between seasons. (Roxie Pell) 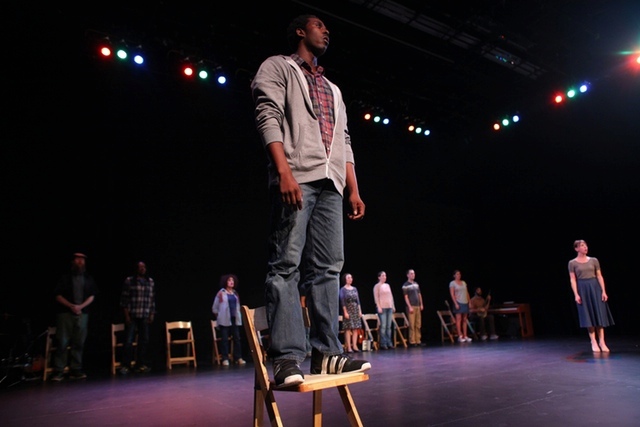 Neutral Hero, by Richard Maxwell and the NYC Players

NYC PLAYERS: The spotlight is on NYC Players' Artistic Director Richard Maxwell, whose plays about "people, relationships, and above all, feeling" have garnered acclaim for their careful balance of subtlety and experimentation. Maxwell elevates mundane concerns to art using unconventional narrative and dramatic techniques, often performed by a mixed cast of professional and non-professional actors. Isolde will run for just three weeks from September 6th to the 27th in Brooklyn's Theatre for a New Audience. Come for the Obies, stay for the Verfremdungseffekt. (Roxie Pell) 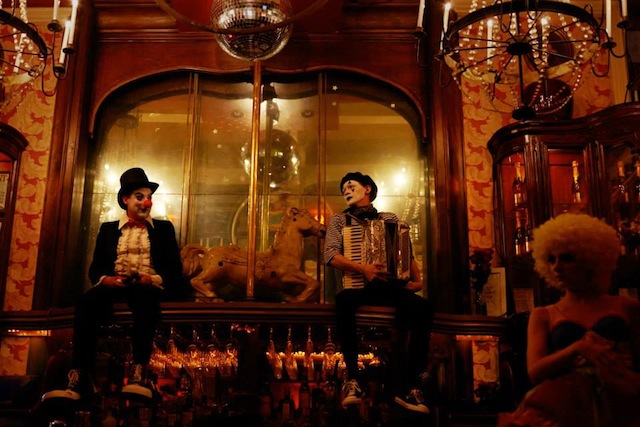 PIPELINE THEATER COMPANY: The Pipeline Theater Company brands itself as "theater of the imagination," making it the last remaining New York-based entity to successfully use the word "imagination" without irony. Past productions have ranged from fanciful to frightening with horror as a common thread. Pipeline’s mission statement explains that the company aims to tell "stories that stick somewhere in your heart, your brain, or your guts." At any moment there is probably something stuck to your gut. It might as well be a story.

The Gray Man goes up at Walker Space on September 24th and will run until October 18th. The boogeyman is rumored to be making an appearance. (Roxie Pell)

THE BRICK THEATER: The Brick's been on the scene since 2002, when founders Michael Gardner and Robert Honeywell moved into an old auto-body shop in Williamsburg and transformed it into a 70-seat theater. Now, the space is home to some of the city's funkier performances, with recent shows including Little Lord's BAMBIF*CKER/KAFFEEHAUS ("A caffeinated ride through sex, death, deer and Zionism") and Mammoth: A De-Extinction Love Story—the Brick is also home to the annual New York Clown Theatre Festival.

The Brick Theater is located at 579 Metropolitan Avenue between Union Avenue and Lorimer Street in Williamsburg, Brooklyn (718-285-3863, bricktheater.com). 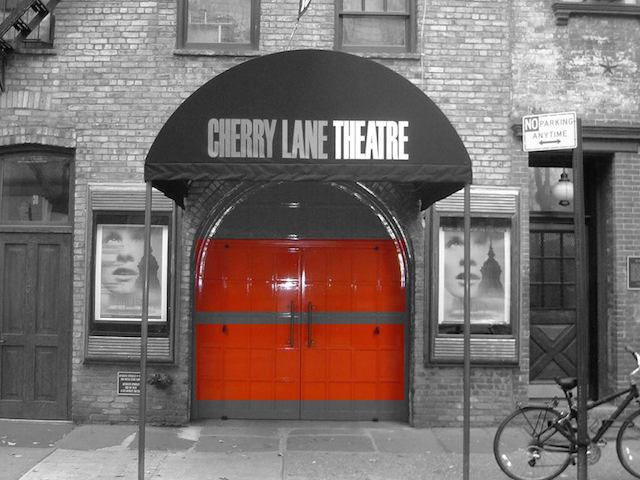 CHERRY LANE THEATRE: This sweet little Greenwich Village space is the city's oldest continuously running off-Broadway theater, having debuted in the neighborhood in 1924. It seats about 179 at its main stage (there's a more intimate 60-person studio), and has been home to performances of works by everyone from F. Scott Fitzgerald to Edward Albee to Sam Shepard over the years. Sadly, financiail issues kept the theater from producing shows from 2010 to 2012, but they've been back at it since.

Cherry Lane Theatre is located at 38 Commerce Street between Bedford and Barrow Streets in the West Village (212-989-2020, cherrylanetheatre.org).

MINETTA LANE THEATRE: Minetta Lane opened on its namesake street in 1984, and seats nearly 400 in its bilevel space. The theater's hosted productions like the The Last Five Years and Revolution In the Elbow of Ragnar Agnarsson Furniture Painter over the years, and will play home to a production of Cinderella this fall. 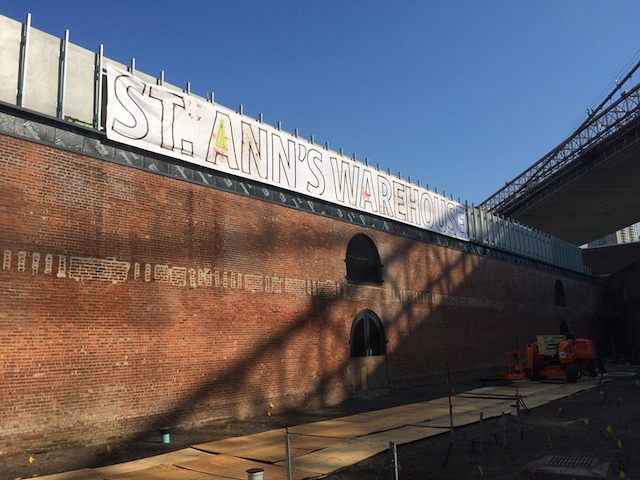 ST ANN'S WAREHOUSE: In its 35-plus year existence, St. Ann's Warehouse has become an institution in the avant-garde American performance scene, functioning both as a music venue and experimental theater space in all of its roving homes. Starting this season, St. Ann's will settle into its permanent location at the old Tobacco Warehouse in DUMBO, where they'll showcase a Phyllida Lloyd-directed all-female production of Henry IV in November. 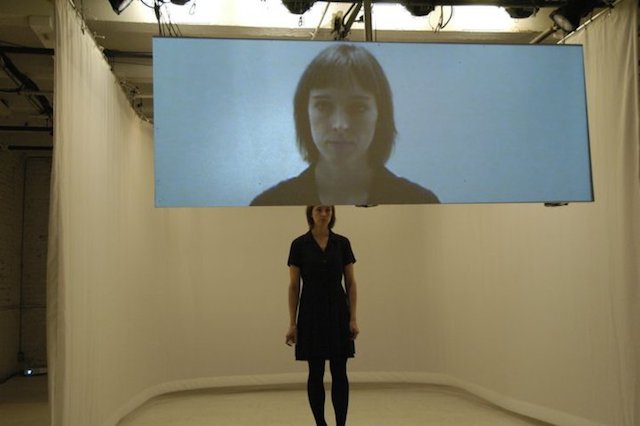 THE CHOCOLATE FACTORY THEATER: LIC's edgy Chocolate Factory turned ten this year, which is no small feat for a small, avant-garde performance space in Queens. It's played host to some pretty impressive and weird shows in its short time on earth, with dance, theater, and multimedia productions put on by resident and visiting artists alike. Shows usually run about $15 to $18, and are everything from interactive to improvised.