The Best Niche Museums In NYC

New York City has some of the best major museums in the world. But beyond the big league Museums of Natural History and Modern Art exist a number of smaller, quirkier spaces that delve into topics spanning everything from bygone mobsters to the history of elevators. Here are our favorite niche museums in NYC; as always, leave yours in the comments. 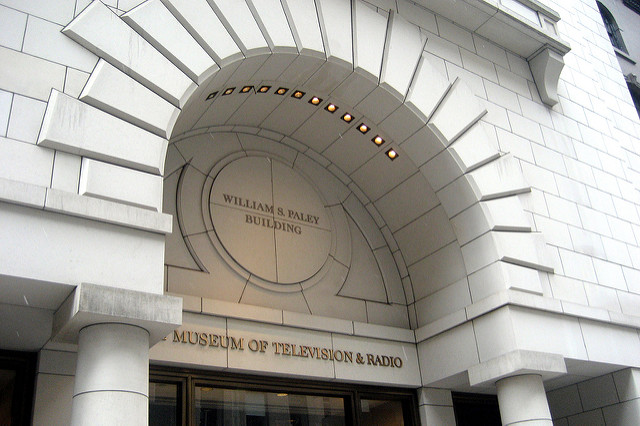 THE PALEY CENTER FOR MEDIA: Once upon a time, this Midtown spot was the Museum of Television and Radio, and I spent several happy hours here one afternoon in 2003 pre-Netflix binge-watching the first season of Buffy the Vampire Slayer. Since then, the four-decade-old institution's been transformed into the Paley Center for Media, its vast radio and television archives coupled with exhibitions covering everything from early broadcast technology to mobile video and podcasting.

Visitors can still select vintage television shows and broadcasts from the Center's collection (though this is slightly less exciting in the Age of On-Demand), take guided tours of the Center (including the museum's radio station), and participate in programs covering everything from the appeal of Shark Tank to the history of Presidential Debates. Admission is a suggested $10. 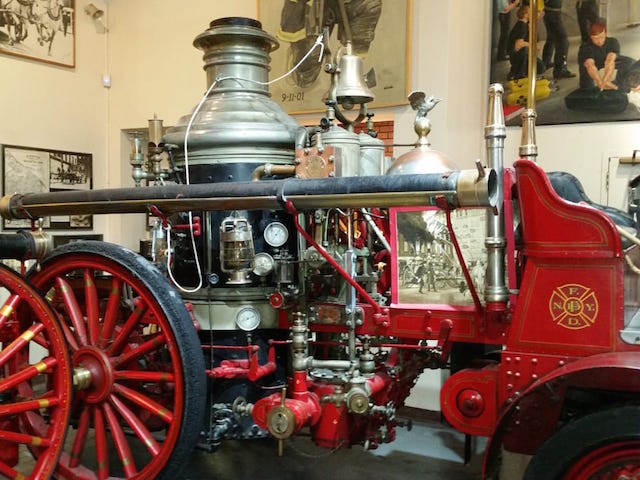 THE NYC FIRE MUSEUM: Located in an erstwhile firehouse, this fascinating little museum features an extensive collection of vintage firefighting equipment and memorabilia dating all the way back to the 1600s. Though only a very small portion of the collection is on view at one time, on a given day visitors can see turn-of-the-century coal-fired steam engines, early rescue gear and breathing equipment, vintage firefighter uniforms, and old bunker gear.

The museum is also home to the first permanent 9/11 memorial to felled firefighters in the city. The 9/11 Memorial Room features photos of the 343 firefighters lost that day, along with recovered items from Ground Zero and tribute art. Admission to the museum is $8.

The NYC Fire Museum is located at 278 Spring Street between Hudson and Varick Streets in South Village (nycfiremuseum.org). 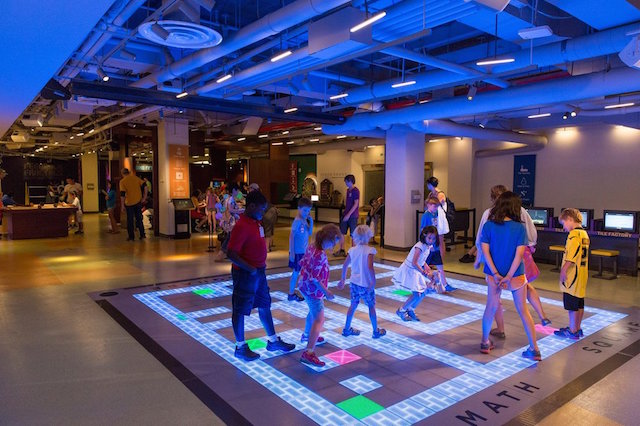 NATIONAL MUSEUM OF MATHEMATICS: The National Museum of Mathematics—or, as it's known by the devoted, MoMath—sends shivers down my spine, but for those who don't still have nightmares about tenth grade algebra tests, it's a fun dive into the world of mathematical concept. The four-year-old space is the only museum dedicated to math on our continent, and boasts dozens of interactive exhibits exploring everything from fractals to hyperboloids.

The exhibitions here are predominantly hands-on, which makes them fun for kids and perhaps even math-averse adults. Visitors can ride on trikes with square wheels; take a boat ride over funky shapes; play with robots, and make their own tessellation tiles. Though it's really more of a pedestrian science museum than hardcore trip into mathland, it'll at least inspire youngsters to associate complicated theorums with fun. Admission is $15 for adults, $9 for children. 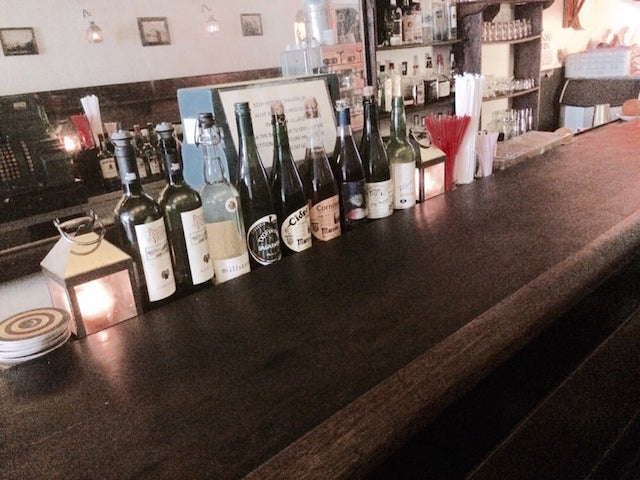 MUSEUM OF THE AMERICAN GANGSTER: This teeny two-room museum is appropriately located above an old speakeasy that once served as a hangout for famous gangsters like Al Capone and John Gotti. Now, the space houses memorabilia that intends to tell the story of the American mob from the beginning (as far back as the American Revolution, in a way) to the contemporary mafia. A $20 admission ticket gets you a guided tour, whose highlights include a collection of bullets from the St. Valentine's Day Massacre, a super creepy basement where people were probably definitely murdered, and the actual speakeasy itself, which is mostly preserved but is now also home to a theater.

The Museum of the American Gangster is located at 80 St. Marks Place between 1st and 2nd Avenues in the East Village (212-228-5736, museumoftheamericangangster.org).

TRASH MUSEUM: If this interminable election season isn't trashy enough for you, former NYC sanitation worker Nelson Molina has been collecting 30 years worth of tossed treasures in an East Harlem warehouse. Over the decades, he's amassed quite a bit of rubbish—over 50,000 pieces, in fact—with found objects including old Furbys, dozens of bygone typewriters, children's dolls and toys of all shapes and sizes, artwork, lamps, clocks, baseball memorabilia, doorknobs, Christmas decorations, and even a plaque from the former World Trade Center.

The bad news is, the museum's not easy to get into—you have to schedule an appointment with Molina through the NYC Department of Sanitation.

Book a tour of the trash museum by contacting the NYC Department of Sanitation at tours@dsny.nyc.gov. 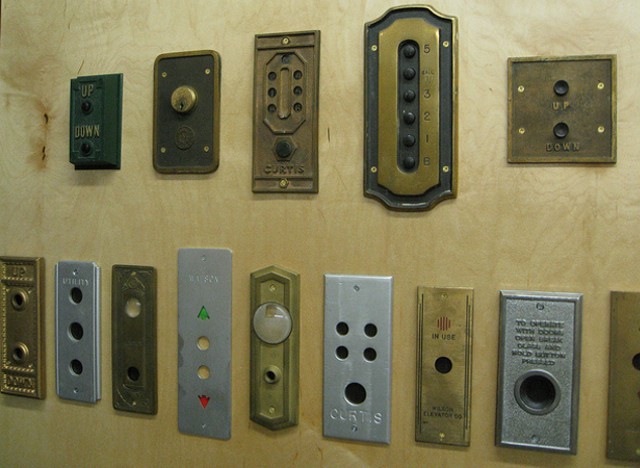 THE LONG ISLAND CITY ELEVATOR HISTORICAL SOCIETY: Not to be confused with the MMuseumm, which is basically in an elevator, the five-year-old Elevator Historical Society is for lift enthusiasts who've long dreamed of learning how vintage steams and pulleys eventually created those terrible people in your office building who take the elevator from 1 to the Mezzanine floor when you're already late for work. The museum was launched by Patrick Carrajat, a former chief executive of an elevator parts business, and features elevator parts dating all the way back to the mid-1800s, along with paintings and photographs of elevators, and a signed photo of Leonardo DiCaprio and Kate Winslet in an elevator in Titanic. 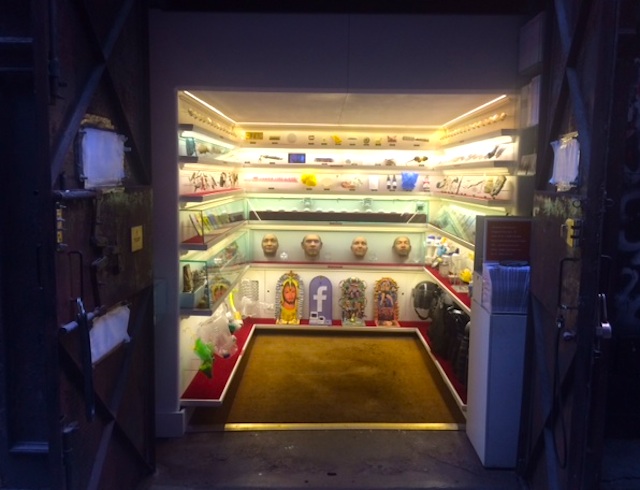 MMUSEUMM: Now in its fifth "season," the Mmuseumm still takes the cake for most interesting miscellany per square inch. Housed in an abandoned freight elevator in TriBeCa, the museum aims to showcase "contemporary artifacts." Inside you'll find tons of items packed onto velvet-lined shelves: among them are ISIS currency, a collection of Donald Trump's branded items, imitation American fast food containers (McMashallah), and, my personal favorite, Nothing. The tiny museum's second and even smaller "wing" opened last season, housing the hopeful designs and story of a teenage architect in war-torn Aleppo, Syria. (Erica Siudzinski)

Mmuseumm is located at 4 Cortland Alley between White and Franklin Streets in Chinatown (888-763-8839, mmuseumm.com). 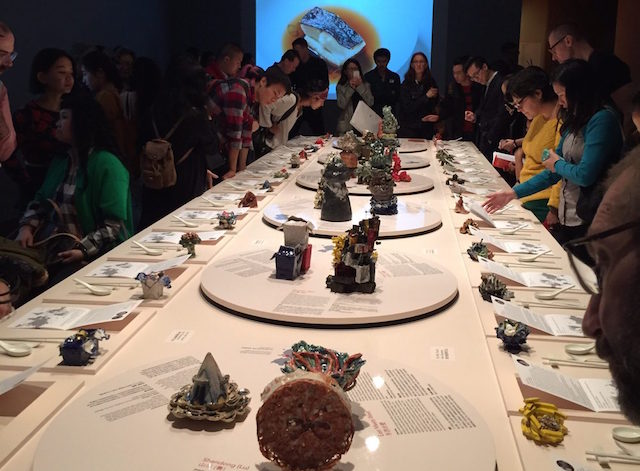 MUSEUM OF CHINESE IN AMERICA: Housed in the heart of Chinatown, the Museum of Chinese in America has been a testament to Chinese-American heritage for over 30 years. Their current exhibit Sour, Sweet, Bitter, Spicy explores the indelible tie between food and identity in Chinese culture. Taking a page from Judy Chicago's playbook, a large dinner table will showcase the diverse culinary traditions that span and define Chinese-American identity. The permanent collection is no less interesting: from the industrial role the Chinese played in building America, to propaganda such as "yellowface" and anti-Chinese legislation, the exhibit takes an unflinching look at the ever-evolving relationship between the U.S. and its Chinese citizens. (Erica Siudzinski)

MOCA is located at 215 Centre Street between Howard and Grand Streets in Chinatown (855-955-MOCA, mocanyc.org). 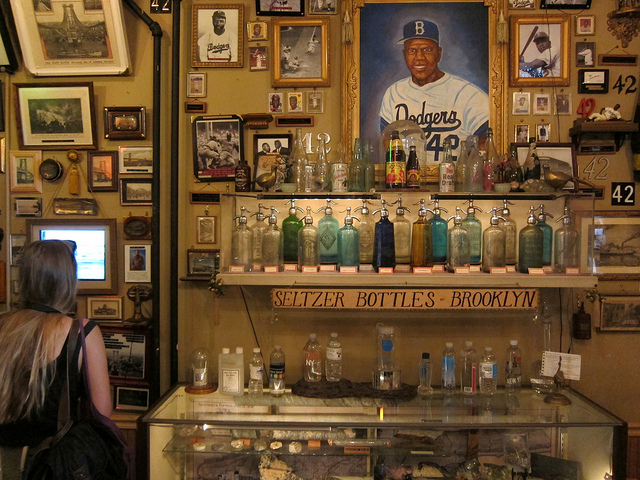 THE CITY RELIQUARY: The City Reliquary looks like the inside of a crazy collector’s apartment, which is why it’s not so surprising that it got its start as the window display of founder Dave Herman’s Williamsburg home ten years ago. Though it’s since moved to a proper storefront, the collection—featuring the epochal subway tokens, a terracotta fragment of the Flatiron Building, more Statue of Liberty figurines than I can count, and what is described only as “a very old shovel”—is a civic monument to the lesser-known stories of New York. And if you’ve ever dreamed of having your weird collection—perhaps of foreign money?—featured in a museum, look no further: the museum curates and displays a rotation of community exhibitions. (Erica Siudzinski)

MOFAD: Having evolved from mobile exhibitions blowing up grains to make cereal to a physical lab space, the Museum of Food and Drink is the definition of what the New York Times called "not just hands-on, but tongue-on and nostrils-on." Their last exhibit delved into the "fifth" taste (umami), science that can create "flavor" without all that pesky food (think Willy Wonka's gum), and the possibility that smell doesn't actually exist. The upcoming exhibit Chow opens November 6th and is bound to be no less mind-blowing. (Erica Siudzinski)

The Museum of Food and Drink is located at 62 Bayard Street between Lorimer and Leonard Streets in Williamsburg, Brooklyn (718-387-2845, mofad.org). 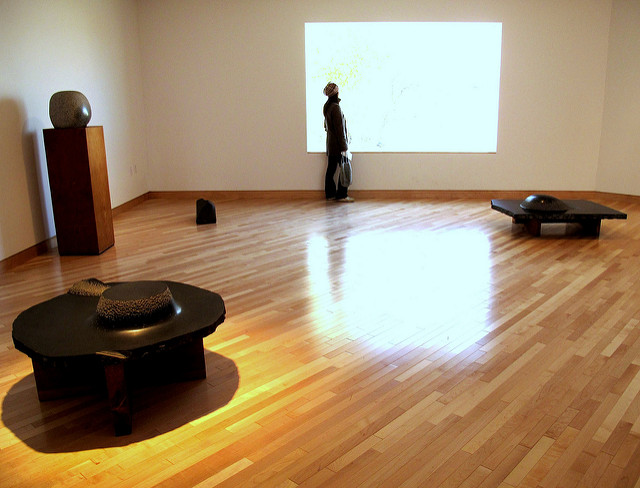 NOGUCHI MUSEUM: On a recent visit to the Japanese Tea Garden in San Francisco, I contemplated the ridged wave of rocks that patterned the ground, feeling an odd sense of peace. A standard-bearer of the LIC arts scene and home to the largest collection of Japanese-American artist Isamu Noguchi's sculpture and art, the Noguchi Museum breeds this same sense of quiet calm. Though the museum is filled with seemingly huge, hulking rock and marble sculptures, a walk-through gives you the sense of floating on your back in a large, boundless ocean. I credit this feeling to either Zen or some kind of piped-in hallucinatory gas. Personal favorites: Sun at Noon and Sun at Midnight. Also be sure to catch Another Land: After Noguchi for a trippy, close-up astrophotographic look at Noguchi's sculpture. (Erica Siudzinski)