The Apocalpyse Comes To NYC... In LEGO Form

If you want to see what New York would look like during an apocalypse, but don't want to watch I Am Legend again, look no further than the ApocaLego pool on Flickr. As Boing Boing notes, it's one of the best Lego genres, "and one for which the Lego Group will never release a set." The destruction sometimes comes with a backstory (zombies, war, robot insurrection), and they're mostly the work of Kevin Fedde, who "builds some of the most detailed and creative ApocaLego dioramas around... [with] layers of intricate detail, making them seem almost plausible."

This one is from Cloverfield, where there's even a custom-made decapitated Statue of Liberty head—the sign of any good apocalypse: 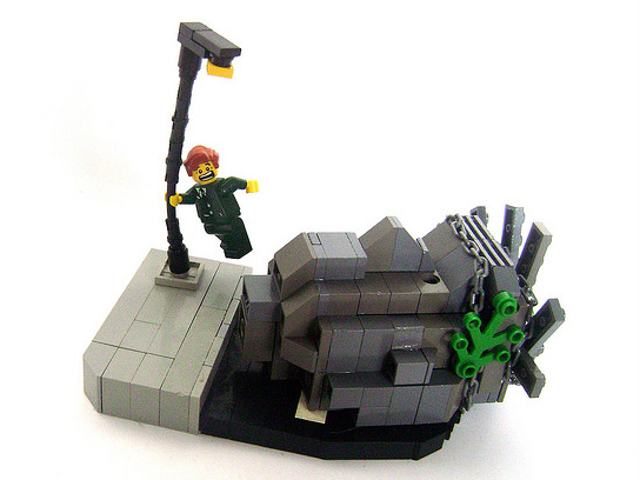 #apocalego
#apocalypse
#lego
#legos
Do you know the scoop? Comment below or Send us a Tip
A new Gothamist is coming! We’ve moved comments over to our beta site. Click here to join the conversation and get a preview of our new website.