'The Americans' Creators Reflect On The 'Emotional Velocity' Of Season Five

The fifth season of The Americans, FX's brilliant show about Russian spies posing as an all-American family in D.C. in the 1980s, ended last night after 13 episodes filled with amazingly bad wigs, period-appropriate soundtrack cues, and complicated spy shenanigans. Among the highlights of the season: the Jennings investigated a potential wheat conspiracy (and were forced into their saddest honeypots yet), Philip remembered more of his childhood (and forgot how to smile), Henry grew a foot taller (and turned into a math wiz), Paige rejected the church and her boyfriend (and started training with her mother), Oleg fought against the corruption of the Russian government (and lost), Gabriel retired (and moved back to Russia), Martha adapted to life in Russia (and maybe adopted a child), Stan got a new girlfriend (and toyed with leaving the FBI), and Philip and Elizabeth got married for real (and also ruined several people's lives along the way).

The Americans has never been a show interested in rushing plot along—especially when there's so much emotional devastation to comb through—but season five has been even more of a slow burn than usual, with a particularly muted finale that revolved around the compromises of their marriage. The change in pacing was something which showrunners/creators Joe Weisberg and Joel Fields were fully aware of going into the penultimate season.

During a recent conference call, they talked about planning out the "emotional velocity" of seasons five and six, stepping away from some of the spy plots in order to spend extra time combing over the emotional propulsion of the Jennings family unit. Fields said that they had planned to make it "15% slower than usual, and it seems that some of the critics and fans think it's like 80% slower than usual."

"Every season we try to tell the story in a little bit different way than the one before," he explained. "And this season, we were trying to sort of take the gas pedal off some of the spy missions and focus more on some of the relationship dynamics and the family stories. There's no question that that has slowed it down, and you gotta take your lumps. We're sorry to see that some people are not as happy with that, or don't find the pacing to be quite what they like. We're hoping a little bit that when it's seen in the context of the overall show once the series is over, that it might feel a little differently because we know where it's all going...I think what we can promise is that the pace should feel different next season because we want every season to feel different."

One thing that was very important to this season was marking Elizabeth's evolved attitude to their work, in light of the increased importance of her now-real marriage. The climax of the season comes when they couple decide not to leave for Russia because of Kimmy's dad, and Elizabeth then offers to do most of the spy work so Philip can withdraw from missions that are slowly killing him. Getting to a place where she is willing to compromise for the sake of her husband is a big change from the unshakable soldier we've known all these years.

"Getting to the wedding for them was a big transition," Fields said, referring to Philip and Elizabeth's secret wedding in episode ten. "And then getting to [Elizabeth's] decision...seeing where her husband was at, and just deciding that the marriage was more important than the mission and it was time to get the family home, was a huge thing. And then having the new turn of that mission becoming so important that she would have to make a different kind of decision but try to do it in the context of protecting this marriage that had become so important to her. All of those things seems to be escalations and challenges that we wanted to explore with the characters."

They believe that despite that devastating final decision to remain in America and continue their mission, Elizabeth was sincere about her desire to go back home with her family: "If they're not gonna be spies anymore...she's not someone who wants to stay and live here otherwise," said Fields. "We say all the time, if you were CIA officers and you were done with your mission, you'd come back to America. And so it's going home for them."

The delicacy of capturing that major scene, which features Elizabeth and Philip sitting together discussing their future, was complicated by the weather during filming: "You sit there and you watch the depth of those performances between those two actors and the subtleties and the variations that are conveyed on their faces and in their inflections," explained Fields. "That is the second to last scene of the season that was shot, and it was shot as hail started to rain down. As Keri and Matthew sat there we had to digitally remove hail from those shots. We had to do sound work to get rid of the sound of hail falling around them. And those two were so committed to that scene and they just kept going. In between takes Matthew was pulling hail out of Keri's hair. And yet you get that real deep nuanced performance." 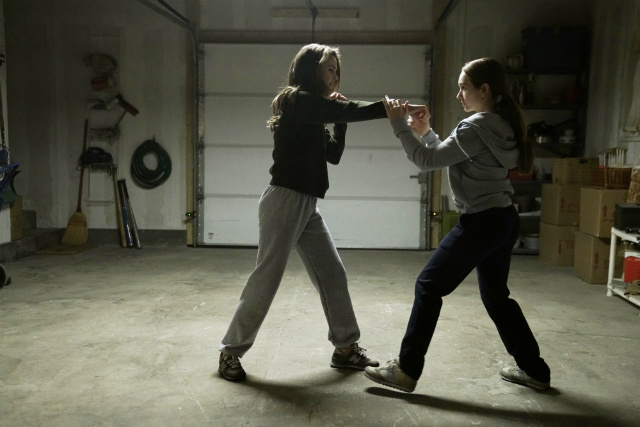 As for the misadventures of Oleg Burov in Russia, the showrunners hadn't always planned to expand the scope of the show that far. Fields said:

We always liked doing a storyline of Russians speaking Russian and thought that was a fundamental part of the show. But we never thought we would be going back and telling long stories in Russia. Nina ended up back there for a little bit of a story. But then when Oleg went back and suddenly that opportunity presented itself, we thought that was great. We could tell stories of really what was taking place in that society and show a great character of ours living his life there. And that go us very excited. Both in terms of stories we could tell there and sort of visually what we could show about life in Russia. And the real connection with Phillip and Elizabeth was more just a counterpoint than anything else. As they're thinking about going back there, as they're remembering their lives, it all plays against just a modern reality of what's taking place there.

While modern politics doesn't affect their storytelling, they admit that it has changed the way the show is experienced by some of the audience. "We hope that to an extent the show is about what it means to have an enemy—ironically, one of the things that connects us all as human beings is the fact that we all seem to need to have an 'other' and to create an enemy," Fields added. "To the extent that those things are placed schematically, we hope that it's a good time for there to be a show on the air that challenges peoples ideas about that, and reminds people that even our greatest enemies are human beings."

As for the decision to continue telling Martha's story, which ended with her about to adopt a child in Russia in the season finale, Fields explained:

In the very early days, she was this victim and in this terrible place. And of course everybody would always say, "Poor Martha." In those early days, what she wanted more than anything else was to have a baby of course, and she asked Clark for that. And that was shot down, she was never gonna get that. And then sure enough, she's at the end of this crazy horrendous journey where she's, on the one hand, been treated so horribly, and on the other hand has shown such strength and fortitude, almost more than anyone could imagine. And then at the end she gets this thing that was what she always wanted most. More than anything else it's a surprise and it's moving. And you can't really say that it's any kind of faith, or justice, or recompense. It's just what happened to this woman. And it's a story of how the KGB was able to both do these most awful things to her and then still take care of her in the most loving and kind way. We think that that tells a lot about people and about organizations. That they're capable of both those extremes. And in her ability to whether all these storms and still find a source of love in her life. I think it mostly just feels human to us.

With the stomach-churning Kimmy storyline (back in season three, Philip began working the underage Kimmy in order to spy on her father) popping back up in a crucial place in the finale, they addressed the fact that some of the Jennings' ongoing operations are going on indefinitely in the background, unless something happens to close them off. "That's why you could not see Kimmy for a season and then have one scene with her because he's been meeting her all along," Fields explained. "We just haven't devoted any camera time to it because in our head nothing really that interesting has happened in that operation to make it worth telling a story about. And they undoubtedly have agents they run who we've never met, who we've never shown because that just hasn't been part of the slice of their life we've told stories about. So not only do we not feel that every one of those stories has to be wrapped up and conclude— I think we feel it would be not true to what their lives are really like to have to wrap everything up." 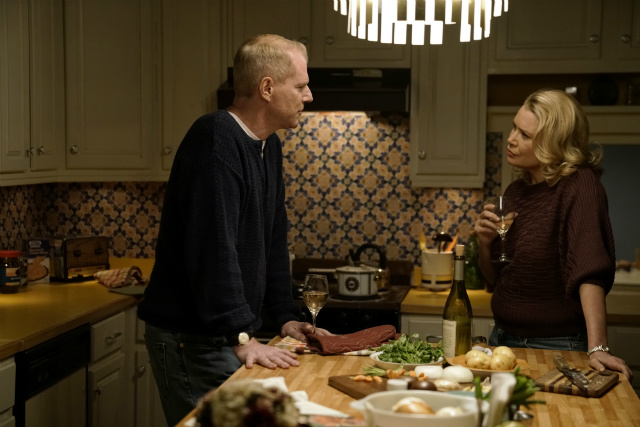 While Fields and Weisberg were understandably reluctant to divulge any details about the final season (regarding Stan's new girlfriend, whom Philip suspects could be a KGB agent, Fields said, "Our effort is not to tilt. Our effort is to have it be really so ambiguous that nobody knows what the hell is going on."), they did say that the ultimate ending for the show is one they have had in mind for awhile.

"To our surprise, it's very similar to what we has set out to do," said Weisberg. "We've now written all 10 outlines, scene by scene, for the final season, and we're in the process of refining them before we start writing scripts. And we have certainly found ourselves, many many times over the years writing the show, surprised as stories have turned in new and unexpected fun directions. And we really, I think in many ways, expected that this ending we had in mind would change. But although there have been different iterations of it, it's really been different variations of the same ending, and it sure seems that that's where we're headed."

#fx
#joe weisberg
#joel fields
#television
#the americans
#tv
#original
Do you know the scoop? Comment below or Send us a Tip