The Amazing Arthur Tress Shares His Dark, Surreal Photographs From The 1970s Ever dream of being buried alive under the sands in Coney Island? In the 1960s, one child did, and photographer Arthur Tress brought his nightmare to life. Tress has a diverse and incredibly large portfolio of work, and continues to shoot today—it was in the late 1960s, however, that the native New Yorker started to focus on these darker, more surreal images, which he created through some subconscious-picking and staged scenarios.

Tress spoke with children about their dreams—often nightmares that involved falling, monsters, that buried alive scenario—and would then photograph them experiencing it in a safe, staged setting. The images he captured are intensely surreal at times, and turn the landscape of New York City (and eventually other areas) into a fantastic nightmare and apocalyptic wonderland.

Yesterday we spoke on the phone with Tress, who is currently living in California, and he told us a little bit about this older series.

"So I did an exhibit of my urban environmental photographs at the Sierra Club in Manhattan, and it got a lot of publicity... it was all about how you can make parks along the waterfront, and save Jamaica Bay. It all seems very commonplace now, but that was like a new idea.

"So as I was doing that series, I photographed a lot of children, because that's where kids played, along the waterfront. And then I got asked to do a workshop with a childhood educator named Richard Lewis, who still has something called the Touchstone Center in Manhattan, and he does workshops on creativity and children.

"Every year he has a different theme, and one year he did children's dreams, to get kids to write poems and paintings from their dreams. So he called me in to photograph his class. So I said, you know, that's a terrific idea, and I'm going to pursue that by asking children and my friends what dreams they remembered from childhood."

"You wouldn't really just find those things by walking around, so they had to be staged and directed, and so I began doing what's called staged photography—this is around 1970—and that was kind of unusual for the time, people were doing street photography.

"I was looking for mythological, archetypical, kind of nightmarish images. That kind of became my trademark for the next 20 years, that kind of surreal disturbing photography." 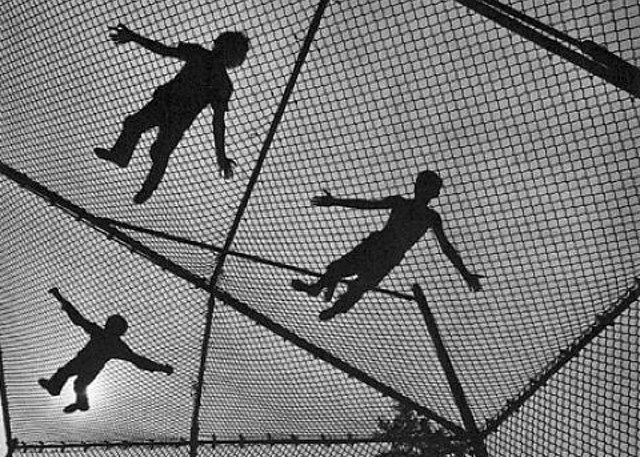 In 1972, Tress exhibited some of these photos at a show called "Daymares," and said at the time: "The children would be asked means of acting out their visions or to suggest ways of making them into visual actualities. Often the location itself, such as an automobile graveyard or abandoned merry-go-round, would provide the possibility of dreamlike themes and spontaneous improvisation to the photographer and his subjects. In recreating these fantasies there is often a combination of actual dream, mythical archetypes, fairytale, horror movie, comic hook, and imaginative play. These inventions often reflect the child's inner life, his hopes and fears..."

In 1973, his photo book Dream Collector was published, which includes these images.

UPDATE: In the 1980s, Tress made this abandoned NYC hospital his studio.

#1970s
#arthur tress
#photography
#surrealism
#original
Do you know the scoop? Comment below or Send us a Tip