The 8 Best NYC Moments On Sex And The City

I recently decided to re-watch every episode of Sex and the City, in part to see if Carrie Bradshaw's life lessons hold up now that I'm older, and in part to lighten the mood in the midst of a very dark The Wire binge. While it's true that the New York these women live in is ridiculous, considering the rent-controlled apartments and the fact that none of them seem to have ever taken the subway, there are still moments that cleverly capture city life, even if that life is drenched in Cosmopolitans.

Here are our scenes, and be sure to check out our favorite NYC moments on Broad City and Louie, too.

New York is not a rabid sports town, according to experts, and the only reason I bother sitting through nine-plus innings is because of the beer, which somehow tastes better while watching blurry blobs run around after an even smaller blurry blob. "Miranda was a huge fan of the Yankees," Carrie's Voice of God tells us. "I was a huge fan of being anywhere you could smoke and drink at 2 in the afternoon without judgment." Preach, Carrie—bonus points for sport-inappropriate attire, the aviators/fur coat ensemble is clutch... and help land her The New Yankee. 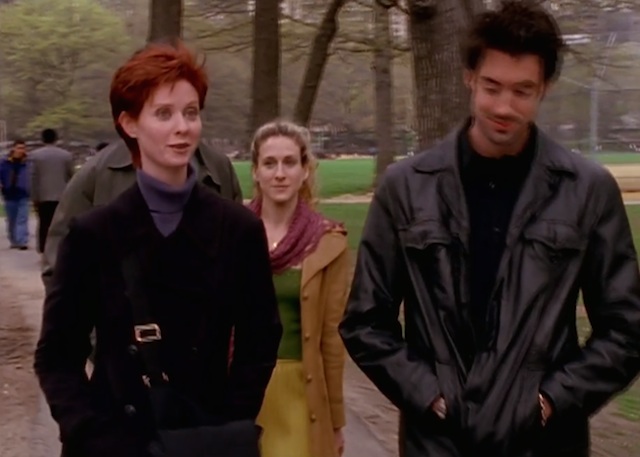 There's no clip of this online, sadly, but in the season 2 episode "The Freak Show," Miranda goes on a date with a guy who tells her he hasn't left Manhattan in ten years. This is a "Manhattan guy." These are real people, and though "cool" New York has expanded beyond the Big Island since Sex and the City's heyday, these close-minded assholes still refuse to cross a river (or go above 90th Street). For the love of god, if you meet one of these creatures, buy them a Metro-North ticket and force them to look at some trees that weren't planted by Vaux and Olmstead.

CHILDREN AT THE GYM

Children are cute and all, but in this city, they're also always in your way (sorry, Jen Chung), getting their sticky little paws all over the subway poles and screaming in your ear while you're trying to get day drunk. When Miranda moves to the Upper West Side, a neighborhood that was and is essentially one giant playground, she finds herself besieged upon by children and their equally annoying parents day in and day out. Children should never be permitted to touch an elevator button, for they will certainly opt to travel half a flight up to the Mezzanine level when they could have taken the damn stairs.

AIDAN MOVES IN WITH CARRIE 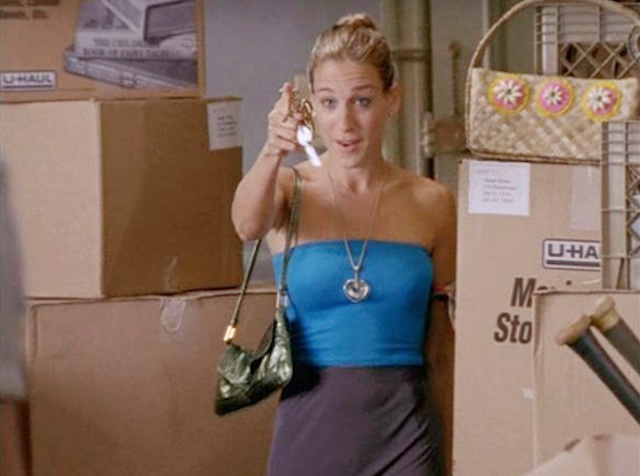 We've got another embed embargo here (click for clip), but Aidan and Carrie's misguided attempt at cohabitation seems all too familiar for just about every failed former lover/roommate life situation in this town. They move in together because Carrie's building's gone co-op and she can't afford her place. He takes up half "her" space, his dog chews on a pair of $380 shoes, and she finds his Rogaine, sparking a massive fight that eventually derails their whole (admittedly shaky) relationship. Moving in with someone is always a bit of an adjustment, but in New York it's almost always initially for financial reasons, and it's also almost always a tight squeeze. "I used to think those people who sat alone at Starbucks writing on their laptops were pretentious posers. Now I know: they are people who have recently moved in with someone." God bless you, Carrie.

One of the great things about living in New York post-breakup is that there are plenty of people around, so you've always got an audience while you're crying hysterically on the C train. Indeed, though, hell is other people, and getting bumped on the street by one asshole after another asshole breaks up with you via Post-It note is enough to make you homicidal. This is a pretty great place to be enraged—clip here. Related question: is the modern equivalent of dumping someone on a Post-It a Facebook message, Sticky Note, or subtweet? 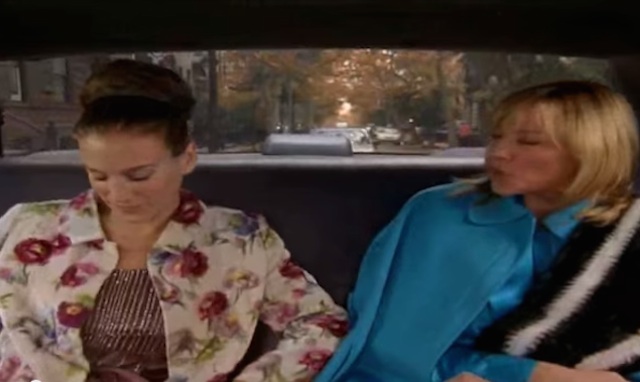 Samantha's breast cancer plot line was a strong move for Sex and the City's final season, but you have to give the writers double props for how she broke the news to Carrie. Cabs are, after all, a New Yorker's confessional, so it seems only natural to share something so scary and personal with both a friend and a stranger you are paying to drive you around. And, of course, Samantha's health plight is merely overshadowed by the struggle of dealing with a daytime cabbie: "Could you please take 5th? Broadway's a disaster." Clip here. 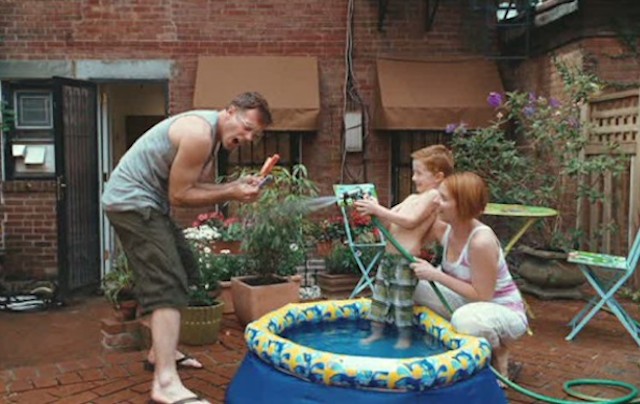 This photo is from the film, but the Brooklyn bliss still stands.

Perhaps the most dated thing about Sex and the City is its veneration of Manhattan—certainly, these chic ladies would be halfway to Crown Heights by now if this show were set in 2015. But in 2004, Williamsburg's two Starbuckses were nowhere to be found, and Miranda packing up and moving there was as devastating to her girlfriends as it would have been had she defected to the Midwest. "I can’t handle that information," Carrie tells her.

Even Miranda's super reluctant: "I'm a Manhattan girl. I don't like anything not Manhattan," she tells Steve (clip here) eventually giving in to the increase in space. In fact, Miranda's move to the boroughs was so monumental back then that the NY Post ran a feature listing all the Brooklyn spots that are "chic and buzz-worthy enough to make Carrie and Co. feel right at home." That list is 11 places long. Oh, to time-travel. 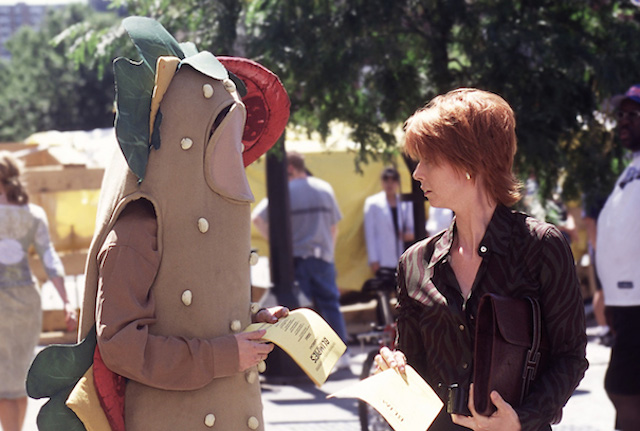 Long before Justin Timberlake donned a Omelette suit, Miranda lusted after a catcalling sandwich (clip's not embeddable, but you can watch here). "He didn't say it in a sandwich way, he said it in a sexually harassing way," Miranda tells the Blimpie manager after the bun-masked man implores her to, "Eat Me." It's hard to know what about this is the most New York—the proliferation of people handing out unwanted fliers, the street harassment, Blimpie, or the fact that there's such an apparent dearth of single available men here that this creep seems enticing. This wasn't the only time Miranda was catcalled...

#best nyc moments
#satc
#sex and the city
#original
Do you know the scoop? Comment below or Send us a Tip