The 8 Best Music Venues In NYC

There's no shortage of places to rock out in this city, whether it be in an 18,000-capacity arena in Midtown or a semi-soundproofed apartment in Bed-Stuy. But some venues offer a little more bang for their buck than others, offering varying degrees of killer acoustics, vintage grandeur, sweet lineups and cheap beers. Here are a few of our favorites; we know you'll leave yours in the comments. 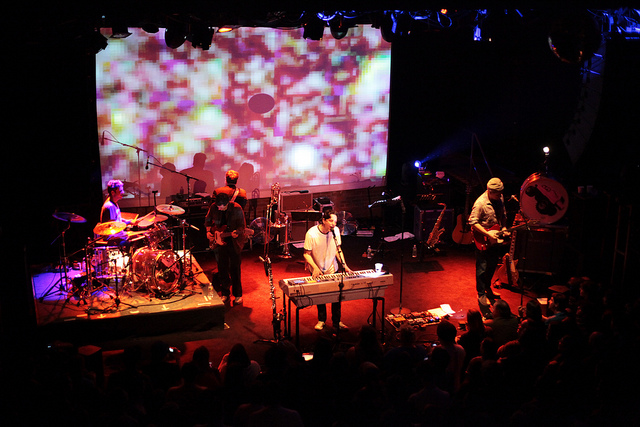 MUSIC HALL OF WILLIAMSBURG: Williamsburg might be dead or something, but this Northside spot is still a stronghold for indie acts like DIIV, Grimes and Delorean. The venue is mid-sized, with three floors, all of which have bars where you can grab a $5-$6 beer—a steal in this kind of space. The Music Hall has also played host to some super-big names like Phoenix and Blink-182; the space is small enough that concertgoers at those shows are treated to an intimate couple of sets not afforded by mammoth venues like the Barclays Center or Madison Square Garden.

Music Hall of Williamsburg is located at 66 North 6th Street between Berry Street and Wythe Ave in Williamsburg, Brooklyn (musichallofwilliamsburg.com) Follow them on Facebook and Twitter. 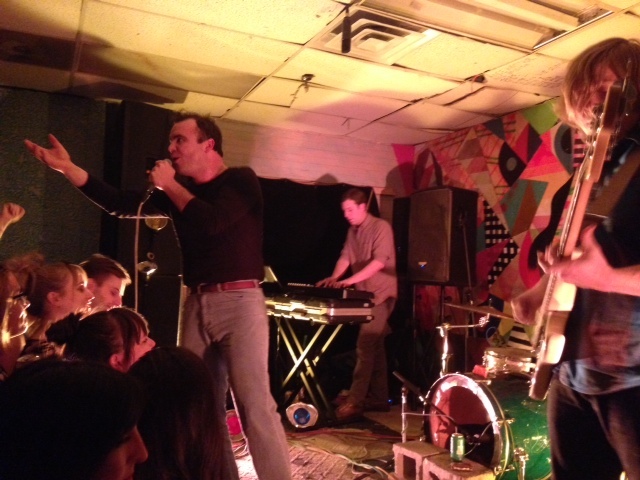 DEATH BY AUDIO: For the sake of preservation we left maybe-illegal DIY venues off this list. But though Death By Audio has been a legitimate venue for a while now, it still maintains a good chunk of that underground feel, plus they still sell $3-$4 cans of PBR and Modelo Especial, so there's always that. The venue boasts two rooms—one main space for shows, and another room in the back for pre-and-post set mingling—and shows here are cozy, to say the least, so be prepared to mosh no matter where you're standing. But if you're lucky enough to get up front, you'll be right in the middle of the action; I've seen my favorite Baltimore bands here a handful of times, and every show is a bit like being back in a Charm City loft, save for a sweatband-clad Dan Deacon lurking somewhere in the corner.

Death By Audio is located at 49 South 2nd Street near Wythe Ave in Williamsburg, Brooklyn. Follow them on Twitter. 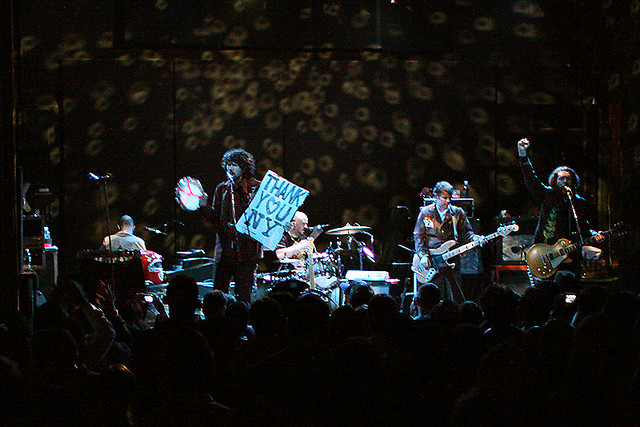 BOWERY BALLROOM: The Bowery Ballroom has been one of the city's premiere rock venues since opening on the Lower East Side in 1997, hosting hip bands by the boatload in its intimate, 550-person space. The building that houses the venue has its own historic value, having been completed just a few weeks before the stock market crashed in 1929; now, though, the former retail store boasts three floors, three bars (sadly, with $8 beers) and a band repertoire that's including the likes of the Pixies, Grizzly Bear, Metric and most recently,Lauryn Hill. The LES lives, y'all. 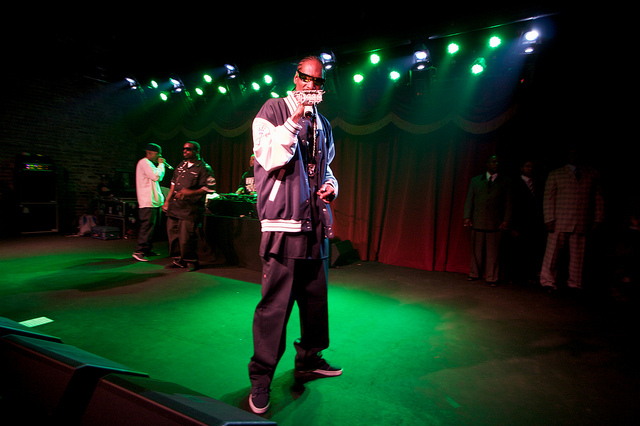 BROOKLYN BOWL: In a neighborhood full of music venues, this one might just be our favorite. Brooklyn Bowl is cavernous, a big open space with plenty of room for concertgoers and bowlers alike; in addition to the main stage and bowling lanes, there are two bars, a modest restaurant area and plenty of seating. The sound system is spectacular, you can see the stage from the bowling area if you're lucky enough to snag a lane, and they've got a whole gamut of Brooklyn Brewery brews on tap. And don't forget that Blue Ribbon hocks its fried chicken and killer wings here, so you've got a tasty snack handy pre-or-post show. 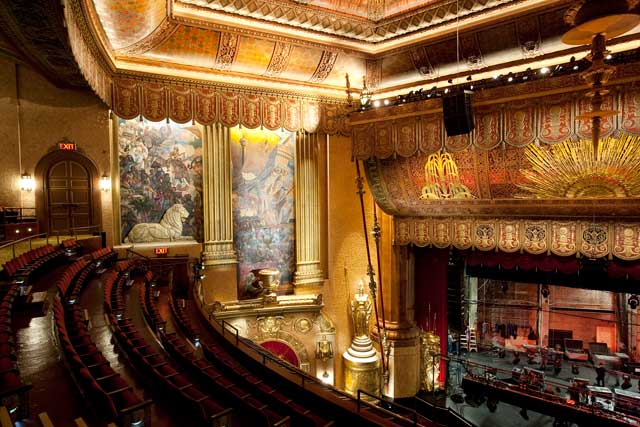 BEACON THEATRE: In the days of my UWS youth, the beginning of spring was marked by the crowds of aging hippies queuing up outside the Beacon Theatre when the Allman Brothers came to town every March. A decade-plus later, the Allman Bros. are still kicking, and the 35-year-old theater's undergone a killer $16 million restoration, complete with grand lighting fixtures, grand murals, a vintage thirty-foot high Venetian-inspired chandelier and a super fancy decorative rotunda ceiling. Shows at the Beacon tend to cater to the older set—aside from the Allman Brothers, you can catch Steely Dan and Sting here when they come to town—and the marriage of classic rock and old world Art Deco design make for an unforgettable show. And though the good-sized venue seats about 3,000, the acoustics are stellar, so you'll feel like you're part of the set no matter how far away you're sitting. 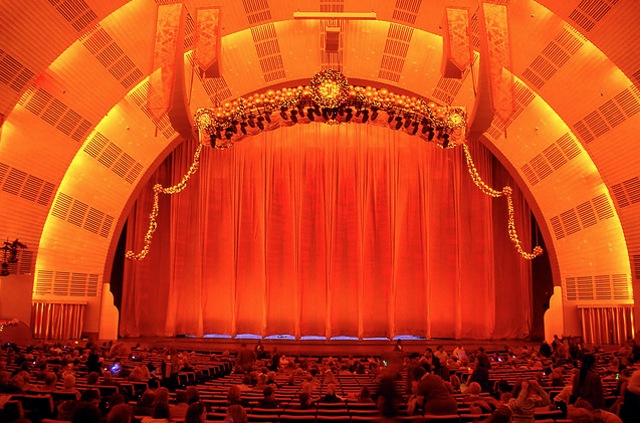 RADIO CITY MUSIC HALL: Radio City has earned its reputation as one of the world's most glamorous theaters, with its ornate Art Deco design restored to the full height of its grandeur about a decade ago. Radio City's got all the old school fixings: chandeliers, plush seats, grand balconies. sweeping murals, a massive curtained stage... And while Radio City's known internationally for its famous Christmas Show (and the Rockettes!), some of the best rock stars in the city have thrown down here, like Madonna, the Yeah Yeah Yeahs, Phish, Arcade Fire, and Andrew Bird. Get tickets here well in advance, and expect to shell out for shows; and as a pro tip, try to get orchestra seats that aren't under a balcony, since the lower ceiling can stunt the acoustics a bit.

GLASSLANDS GALLERY: Glasslands can't hold a candle to bigger venues when it comes to hosting mindblowing mammoth shows, but what this little Southside joint lacks in space it makes up for in cool. As its name suggests, Glasslands is part music venue, part artspace. The walls are adorned with murals and frescos, colorful lights hang from the ceiling and a stage backdrop rotates out (RIP puffy, 3-dimensional clouds). There's a bar in the back of the venue where you can buy cheap-ish booze, and shows usually run about $10 a pop. Glasslands hosts everyone from local stars to up-and-comers to that dude who serenaded you at the G stop yesterday, along with some bigger names; recent shows have included the likes of Light Asylum, LE1F and Yuck. 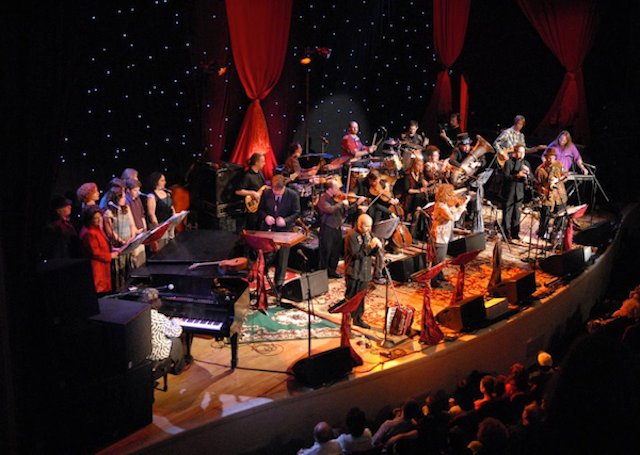 TOWN HALL: This 1,500-seat Midtown space isn't exactly intimate, but it does arguably have the best acoustics in the city, perhaps even rivaling those at Carnegie Hall. Concerts here include everything from rock shows to jazz series to Jewish klezmer bands, and in its nearly 93 years of existence, the Hall's hosted musical superstars like Billie Holiday, Whitney Houston and Bob Dylan. Bonus points for history buffs, the Hall's been the site of a lot of big moments, like Margaret Sanger's historic 1921 arrest onstage, during a public meeting discussing birth control. Though Tall People, be warned: the National Landmark seems to have been designed for the tinier folk of the 1920s and the seats are tiny, so be prepared to be a little uncomfortable.