The 7 Train Is Going Full Seinfeld With Monk's Cafe Makeover

Starting next week (May 12th), and just in time for Mets-Yankees Subway Series, the 7 train will transform into Monk's Café Restaurant—you know, that place Jerry, George, Elaine, and Kramer used to go to. While they did recreate the wallpaper and red booths fairly well... it still feels like something's missing. 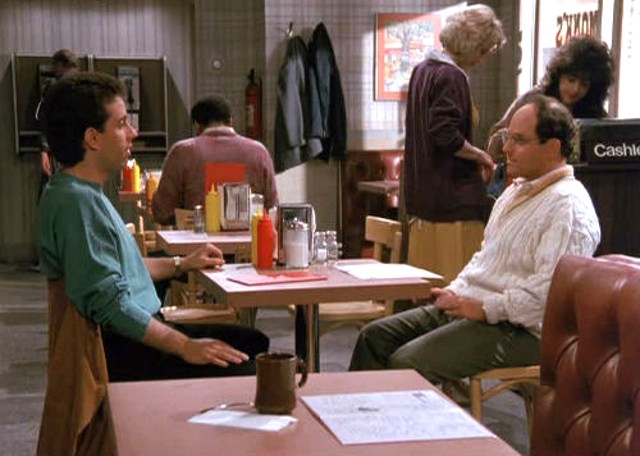 Maybe it's the food? While the Daily News suggests that during the month long transformation you pretend you're eating with the gang... please note, this does not mean you should eat on the subway! If you must, we've created an acceptable and non-acceptable Seinfeld foods list:

Okay To Eat On The Subway

Not Okay To Eat On The Subway

According to the News, "The train's new internal and external look will further promote the first Mets-Yankees Subway Series of this year's baseball season," but it looks like it's also reminding you that Seinfeld is still running in syndication (it was just renewed for its fifth cycle on PIX11).

#7 train
#monk's diner
#seinfeld
#subway
Do you know the scoop? Comment below or Send us a Tip