The 6 Best Weekend Trips Out Of NYC

It's (theoretically) almost summer, and it's never too soon to start planning a break from the pungent urban terroir of New York City. And though some of us may be stuck spending our Saturdays and Sundays with our heads firmly placed inside the refrigerator, there are still plenty of excellent weekend escapes you can take, even without a car. Here are our favorites (and our indispensable list from last year), and we expect you'll leave yours in the comments: 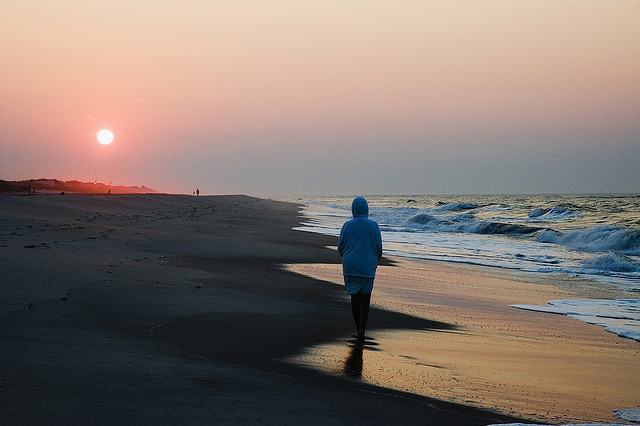 FIRE ISLAND, NY: There's no lovelier summer spot within a stone's throw of NYC than this outer barrier island, which offers beaches, sand dunes, nightlife and bungalows a-plenty. Your best bet here is to get a group together, ideally 7-8 friends, to pitch in for a weekend cottage rental. In terms of communities, Fair Harbor's a solid spot if you're looking for something a little more tranquil, Ocean Beach is where the fratastic party rages, and Cherry Grove and The Pines each boast stellar lesbian and gay scenes.

To get to Fire Island, you'll have to take a ferry. There are three companies that run to the Island—Sayville Ferry, Fire Island Ferry and Davis Ferry—and each goes to different parts of the island. You can either drive to the ferry terminals, which are in Bay Shore, Sayville, and Patchogue, or you can take the LIRR followed by a shuttle to the ferry. Both methods of transportation take about two hours. Once you reach the island, blessedly, no cars are allowed. Instead, you make your way around by foot or by bike, and all the houses are connected by boardwalks instead of streets.

As for things to do, aside from beachside lounging with a beer in hand, there are plenty of restaurants and drinking holes around, and if you end up in Cherry Grove, you should check out a drag show at the Cherry Grove Hotel. And of dining note are Surf's Out in Kismet, Matthew's Seafood House in Ocean Beach and Sand Castle, also in Cherry Grove. 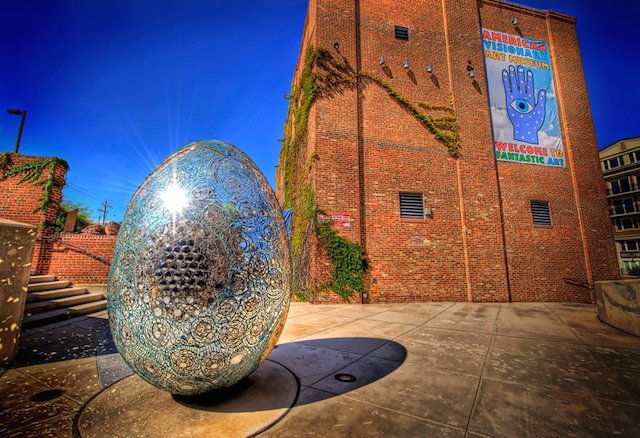 BALTIMORE, MD: Baltimore's earned a bad rep over the past few years, perhaps partially due to The Wire, but also thanks to some real life murder stats. But don't let that scare you off—Charm City really does live up to its nickname, boasting quirky neighborhoods, a killer arts scene, and some pretty fine drinking and dining. You have a few travel options when it comes to making your way down there. An Amtrak ride is about two and a half hours long, and runs about $100 (an Acela ride is about two hours, and $250). Bolt Bus will get you there in a little under four hours for $35, and you can also drive there in that time, barring insane traffic on the NJ Turnpike.

Once you're there, you can either use your own car, brave the bus system, take the free Charm City Circulator, or hail a cab (rates are reasonable) to get around. The Inner Harbor is the most convenient place to stay, with plenty of affordable hotels and available transportation in the area. It's also a quick walk to the National Aquarium, which is worth a visit if you have kids/a fondness for baby sharks and feel like spending $35 on a ticket.

Other museums of note: the trippy American Visionary Arts Museum in Federal Hill ($16 ticket), the Walters Art Museum in Mount Vernon (free!) and the Baltimore Museum of Art in Charles Village (also free!), which has more Henri Matisse works than any other museum in the country. If art's not your thing, you can also wander through some of Balty's funkiest neighborhoods, like thrift store haven and John Waters-favorite Hampden, mansion-heavy Roland Park, and waterfront spot Fells Point. For touristy-yet-tasty eats, opt for a crab feast at Schultz's Crab House and down Maryland crab cakes at Faidley's in Lexington Market; for less touristy fare, eat Afghan food at The Helmand and try the pizza at Iggie's, both in Mount Vernon and get fancy drunk on Resurrection Ale at The Brewer's Art in Belvedere. 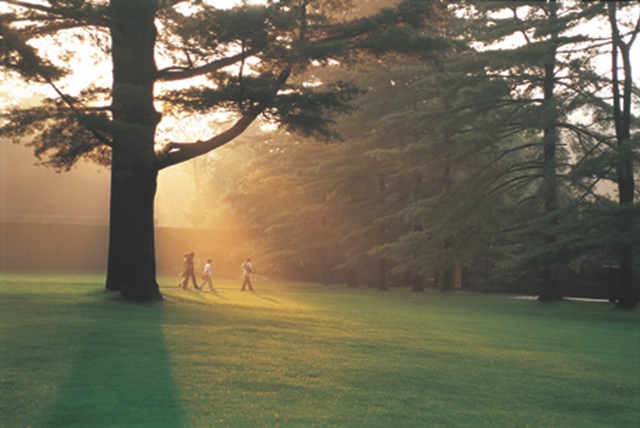 THE BERKSHIRES: Few concert venues are more serene than Tanglewood, the 210 acre, grass-filled property that serves as the summer home of the Boston Symphony Orchestra. But there's more than just Tanglewood (a mere three hours from the city) in the Berkshires—the Massachusetts/Connecticut region offers quite a few sights and laid-back arts & culture activities for anyone seeking respite from the C train's permanent summertime pee smell.

For art fans, The Massachusetts Museum of Modern Art (Mass MoCA) is a world-renowned destination packed with innovative, frequently interactive works. Admission runs $15, and gets you access to ongoing and traveling exhibitions by the likes of Anselm Kiefer, Sol LeWitt and Franz West. Mass MoCA is also home to the annual Bang On A Can summer festival, and the whole museum used to function as a factory building complex, adding an industrial element of cool.

Other visit-worthy spots in the Berkshires include the Shakespeare & Company theater production group in Lenox, which hosts performances of the Bard's plays in addition to more contemporary works; the exceptional Lenox Coffee, also in Lenox; the Pittsfield home/museum where Herman Melville wrote Moby-Dick, and, if you're up for it, hiking up Mount Greylock, the highest point in Massachusetts. 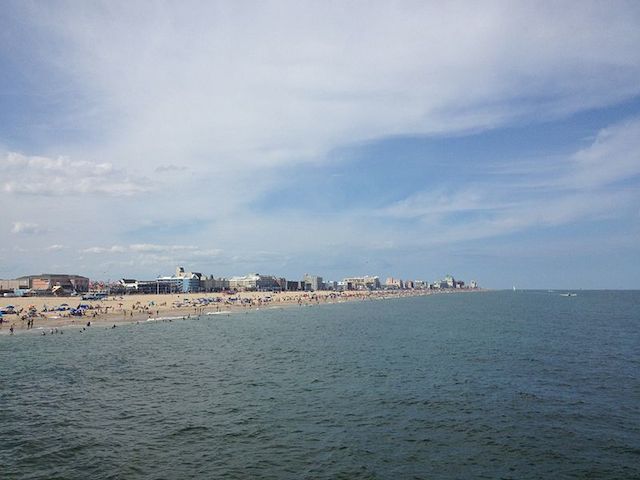 OCEAN CITY, MD: For a beach trip below the Mason-Dixon line, this seaside Maryland town lives up to its name, with miles of Atlantic Ocean and shoreline at its disposal. Ocean City is about a four hour drive from New York, and though there are buses, you're better off getting there by car. In terms of finding a place to stay, there are plenty of shared houses and the like, but for truly lovely accommodations, your best bet is Atlantic House Bed & Breakfast, which is located just one block from the boardwalk. Rooms run about $245-a-night on summer weekends, there's a big breakfast spread every morning and a snack in the afternoon, and innkeepers Brian and Josephine McCarthy are incredibly kind and accommodating.

There are lots of outdoorsy beach activities in OC, including (but not limited to) renting bikes for rides along the boardwalk, taking a trip over to Assateague Island to hang out with wild ponies, and bar-hopping to hear various cover bands, considering there are about a million of those in Ocean City at any given time.

In terms of food and drink, beachside fare's the name of the game here. Go for all-you-can-eat crabs at outdoor eatery On The Bay, get beer in a Mason jar at Backshore Brewing Company or throw shots back at dive bar Peppers Tavern. Most importantly, you MUST go to De Lazy Lizard and drink an Orange Crush, which just so happens to be Ocean City's signature drink. Sit at the outside with your booze and feel your sunburn sting as the Great Big Fireball sets in the distance. 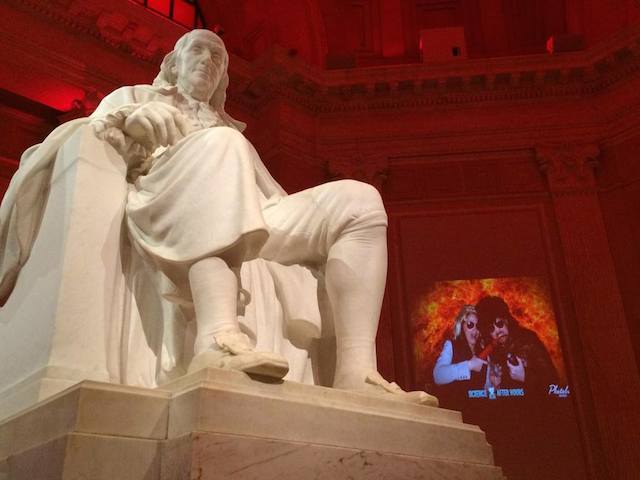 PHILADELPHIA, PA: Philadelphia is kind of like New York's poor cousin, with an abhorrent baseball team and a questionable propensity for calling sandwiches "hoagies." But, okay, fine, it's an interesting city to visit, and a pretty short ride, to boot. A 1.5 hour Amtrak trip runs about $90 in peak hours, you can drive there in two hours and Bolt Bus will get you there for $15-$17 in the same time frame.

Once you're there, you're best off staying in the Center City area, which is in downtown Philly and fairly convenient to most of the touristy things. Philly's historic area is a big draw for history buffs, boasting important Revolutionary Era landmarks like Independence Hall, site of the signing of the Declaration of Independence—tours are free! You can also check out the Liberty Bell, but SPOILER ALERT, it's cracked and roped off.

The Philadelphia Museum of Art is also worth a visit. A $20 ticket will get you in to see hundreds of thousands of works that span through history, with highlights including Picasso's Nous autres musiciens (Three Musicians) and El Greco's Pieta. You should also stop by the delightfully creepy Mütter Museum, whose collection of medical oddities includes a piece of tissue from John Wilkes Booth's thorax, a conjoined liver from a pair of Siamese Twins, tons of jarred cysts and tumors and the skeleton of 7'6" tall man—tickets cost $15.

But the best tourist site in the city is The Franklin Institute, one of the country's oldest science museums. For $16.50 admission, you can hang out in an unmanned space station, investigate a train wreck, step inside an old school airplane, utilize lightening rods, hang out in Sir Isaac Newton's loft and play virtual reality sports. There's even a GIANT HEART you can walk through, and a blood fountain filled with platelets. This museum is probably meant for children, so perhaps find one, bring it in with you and leave it to its own devices while you play with all the science toys. 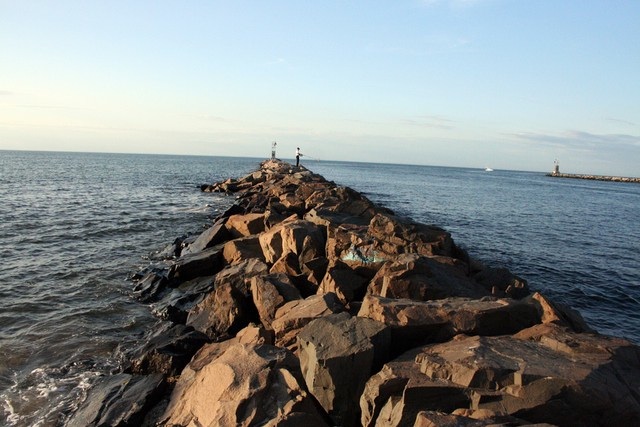 MONTAUK, NY: Montauk has changed a little over the years, but don't believe the scaremongering: the real Montauk is still there. Even if there's a Momofuku Milk Bar now. The End is still a little piece of paradise, and though it may seem far away, it's just about a three hour bus ride. You can also take the LIRR, which takes the same amount of time—just be prepared to transfer trains once, and for crowded train cars during peak season. But once you're there, it'll be worth it...

There are plenty of places to Airbnb, but the hotels and cottage rentals are also pretty charming. At Montauk Cottages you can get a 2-bedroom place for $600 a week up until Memorial Day weekend. (Have we mentioned that just off-peak season is the sweet spot there?) You can even camp out, and for that we'd recommend the picturesque Hither Hills.

Once you have a spot, you can rent a bike to explore if you don't have a car, and there are taxis you can call up as well—not everything is in walking distance, which is actually a good thing (so much space!). During the day you can go hiking over by the lighthouse, which is a great trip on its own. Though don't get sucked in to food and drinks at the Lighthouse Grill—while it's a great spot to sit an overlook the ocean, it's a little overpriced and there are better options a short drive away. But DO check out the dunes and Camp Hero. The latter provides an interesting hike (you can also drive through) that will make you feel like you're on the Lost island—plenty of abandoned homes and bunkers.

Best spots for food and drink? There are many to choose from, but we love Gosman's. There's a whole shopping center over there, and a bunch of Gosman's dining areas, but you can skip all that and just go Topside—there's a little dining deck overlooking the water and it's just about perfect. Afterwards walk down the steps, pick up an ice cream, and walk on the jetty.

Also drop by The Hideaway, which is still run by longtime Montauk residents. What's better than Mexican grilled corn and a cool tequila drink served in a clear plastic Solo cup? Enjoy it out at a picnic table overlooking the docked boats. (Jen Carlson)

#baltimore
#Berkshires
#best of gothamist
#fire island
#Montauk
#ocean city
#philadelphia
#original
Do you know the scoop? Comment below or Send us a Tip