The 5 Best Bra Fitters In NYC Taking your top off and having a stranger give you the once over before strapping you into an unfamiliar bra may not sound like a pleasant experience... but oh, it is! There's something quite charming about a bra fitter, or rather, that bra fitters still exist. Like cobblers, or blacksmiths. And they need to exist—you know why? Because you are definitely wearing the wrong size bra right now if you have not gone to one. You know that, because every word spoken and sentence written about bra fitting has told you that.

This past weekend I visited bra fitter Iris Clarke at Iris Lingerie, which is located underneath a small dress shop on Atlantic Avenue in Brooklyn, down a quaint set of creaky wooden steps. Iris had come highly recommended, and we can confirm that she has perfected the Art of Bra Fitting. She has been doing it for thirty years, and gleefully told us that she simply loves doing what she does, and helping other women be comfortable—around 85% of women that come in are wearing the wrong size bra, she told me.

It took her expert eye under five seconds to tell me what size bra I was, and yes, it was not the size I had been wearing, not by a lot. A few moments later a selection of styles were brought in to the room, where Iris helped me try them on (this involved bending over and sliding into the bra). She also showed me how to properly adjust them, while she explained why each part of the bra was important, and where it should hit on one's body.

Iris told me that "women need a proper fitting bra that gives comfort and support... [there's a] difference between how they look when they came in and how they left the store wearing the proper bra." I had a small audience of about 3 women there when I was getting fit, all of whom were not shy to let out an audible "whoa!" when I put on one of the Chantelle Intimates bras. Suddenly I was standing up straighter, and everything felt different... I felt more confident, even. I cannot recommend the experience enough, especially with someone like Iris.

And below, a list of some of the other best bra fitters in the city—please note that all of these (including Iris's services) are free. It's the bras that'll cost ya. 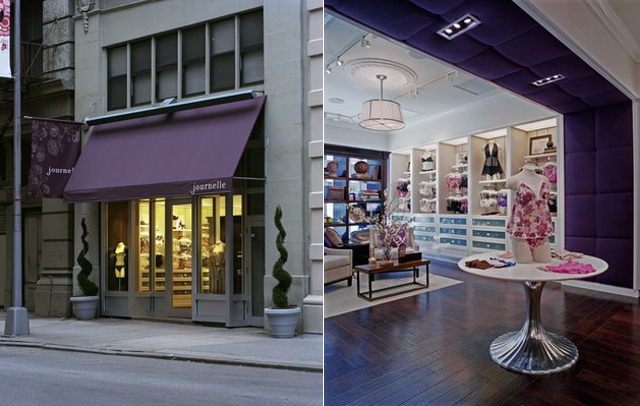 JOURNELLE (3 East 17th Street, between 5th and Broadway): This place is a little more luxe, with nice dressing rooms supplied with Evian and chocolate! The staff is nice, like a bunch of really friendly girlfriends, and you'll feel comfortable, but also like you're treating yourself. You'll find everything from your standard t-shirt bra, to ones adorned with ruffles and bows.

THE TOWN SHOP (2270 Broadway, between 81st and 82nd Streets): Last year, The Town Shop, the Upper West Side lingerie institution, moved across the street from its original 1888 location to a roomier new space, still run by the same family. Which means more of the store's fabulous bra and underwear selection is on display with more, spacious dressing rooms. The staff is incredibly patient and knowledgable—you're encouraged to try on a number of bras (which come in sizes 28 AA to K) until you feel and look great. Eyvette Manigault, who has been with the store for over 45 years, can look up and over and know your size without a tape measure! The store also sells swimwear, pajamas and socks, plus there's a really nice bathroom. — Jen Chung

BRA*TENDERS (630 Ninth Avenue at West 44th Street, Suite 601): Thanks to their experience with the costume designers for Broadway shows, films, and TV, Bra*Tenders knows all about looking good. Non-show business customers must make appointments for one-on-one bra fittings, which is definitely worth it if you've got a special occasion (wedding dress, for instance) to look uplifted and seamless. They also stock stockings and other lingerie. Note: This is free, but there's a $100 cancelation fee if canceled less than 24 hours before/no show.— Jen Chung 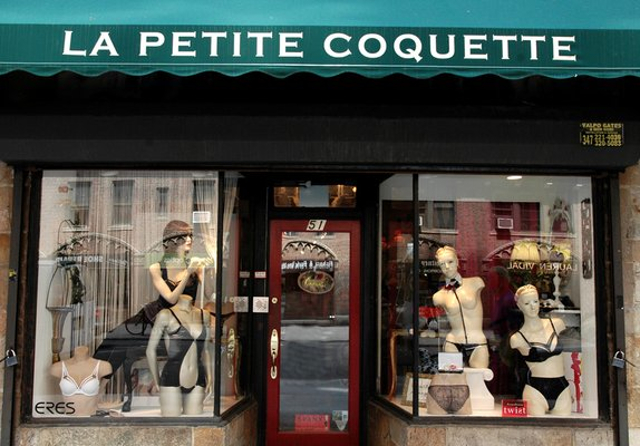 LA PETITE COQUETTE (51 University Place, between 10th and 9th Streets): This is not your grandmother's bra shop! On top of fitting (which gets done in gorgeous dressing rooms), they've also got lingerie, whips, tasteful pleasure ties, blindfolds, and massagers. And of course, after finding out your correct size, you'll have a fun selection of bras to choose from.

#best bra fitters
#best of
#best of gothamist
#bra fitters
#bra fitting
#original
Do you know the scoop? Comment below or Send us a Tip