New York City is the greatest city in the world, so it makes sense that this town has featured prominently in so many great works of literature and The Devil Wears Prada. Here are our favorites, and please note that there are SO MANY great works of fiction set here that there's no way we can name them all—as always, set us on fire in the comments. 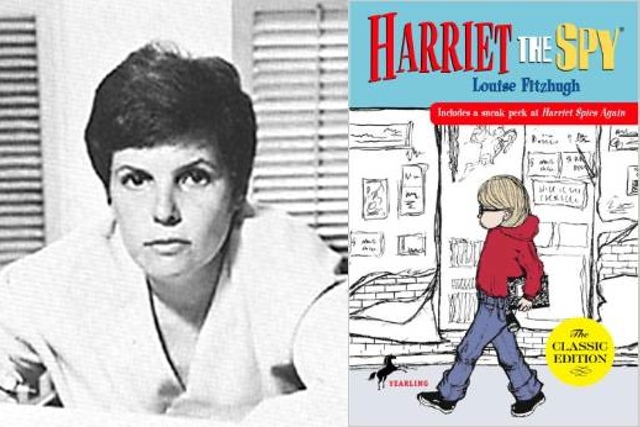 HARRIET THE SPY: Louise Fitzhugh's beloved children's novel turned 50 last year, and though lots of super-smart misfit tween girls have gotten space in print over the past half-century, Harriet M. Welsch was a trendsetter. She owned this city, roaming the Upper East Side armed with only a journal and her keen observational skills, spying on an eclectic gang of neighbors. Harriet's set in 1964, and though Miss Welsch's old neighborhood has gained a slew of FroYo spots since her heyday, both the plot and locale still hold up. Best of all, the book was banned by a bunch of libraries for teaching "children to lie, spy, back-talk and curse." Good on you for being a sassy badass, Harriet. 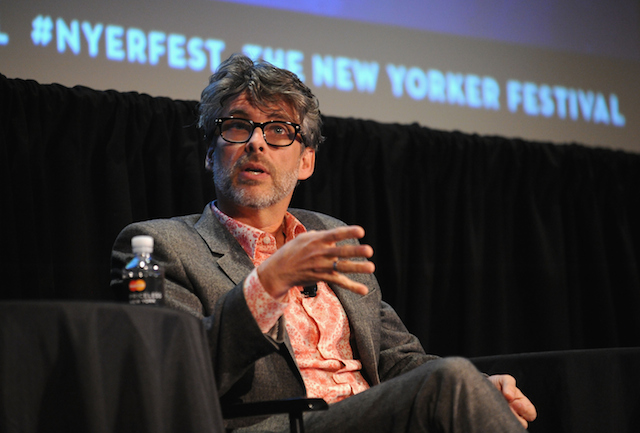 THE AMAZING ADVENTURES OF KAVALIER & CLAY: Michael Chabon won a Pulitzer for this spectacular epic novel, one that manages to seep into the brains of everyone from comic book enthusiasts to history buffs to fans of exceptional prose. Brooklynite Sammy Klayman and his cousin Josef Kavalier, a Jewish refugee from pre-WWII Prague, team up to create their own comic book series based around a magician-type superhero called The Escapist. Kavalier & Clay elegantly lays out a lot of dark stuff, including the persecution of Jews, homosexuals, Communists and other "undesirables" in the 1930s to 1950s, plus it paints a pretty fascinating picture of a city winding its way out of the Depression and into the post-war boom. 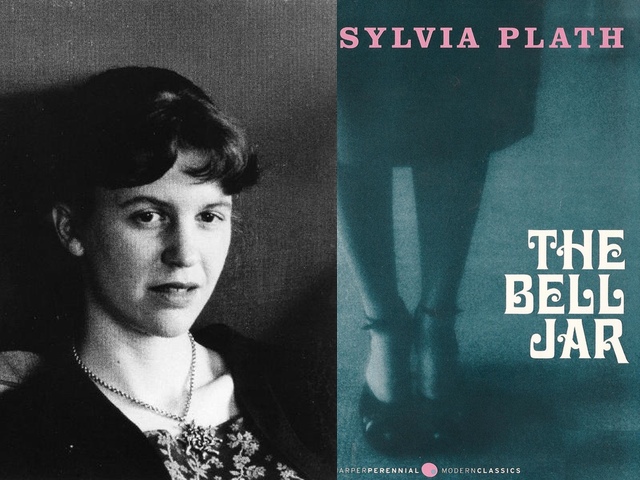 THE BELL JAR: The Bell Jar has been a badge of adolescent angst since it was published under Sylvia Plath's "Victoria Lucas" pseudonym back in 1963—indeed, I recall reading it for the first time in 10th grade and thinking protagonist Esther Greenwood got me, though she probably listened to less Dashboard Confessional. Memories of teenage sadness aside, the semi-autobiographical book chronicles Greenwood's searing depression and mental illness starting in the "queer, sultry summer" of 1953, while she struggles with work as a magazine intern and attempts to commit suicide. 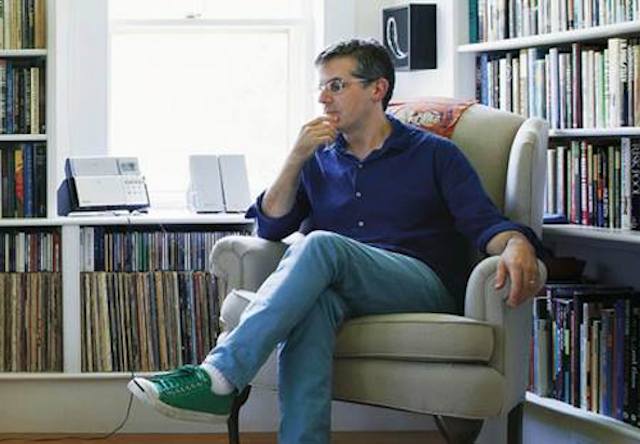 THE FORTRESS OF SOLITUDE: Jonathan Lethem is an expert at documenting a Brooklyn perched on the edge of gentrification, having grown up in Gowanus-turned-Boerum Hill in the 1960s and '70s. The Fortress of Solitude, loosely based on Lethem's childhood, digs into the racial and economic tension that characterized that period. Here, white kid Dylan Ebdus navigates his teenage years after his hippie mother's recent abandonment, befriending the black Mingus Rude, the white Arthur Lomb, and surviving adolescence through a combination of comic books and marijuana. It's an interesting read, especially considering the Boerum Hill transformation we know today—indeed, when Dylan returns to his neighborhood decades later, he sees shades of the overpriced, overhyped Brooklyn Brand we know too well today. 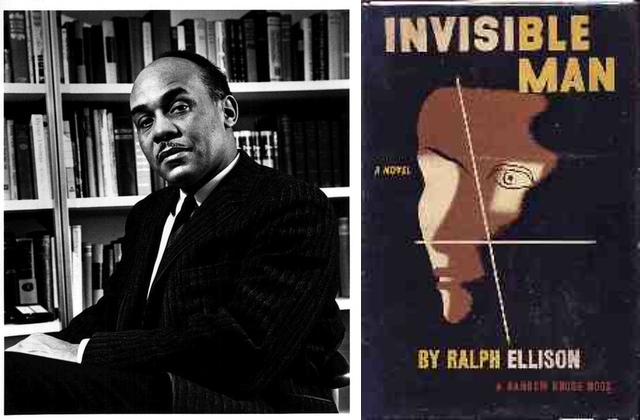 INVISIBLE MAN: Ralph Ellison's 1952 bildungsroman follows an unidentified black narrator's journey from his Southern childhood to his education at a black college run by white trustees to Harlem in the 1930s, where he becomes involved with an organization called the Brotherhood. Here, he eventually finds himself at odds with this particular political group. Ellison paints a colorful, richly worded picture of a Harlem (and world) suffering through political, racial and economic turmoil, creating one of the finest works of literature of all time. 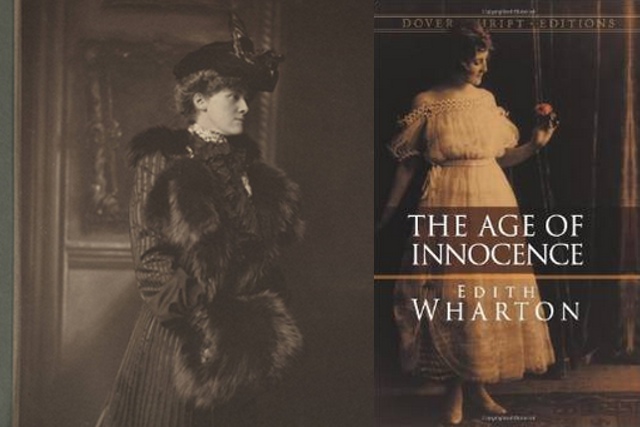 THE AGE OF INNOCENCE: Edith Wharton excels at creating woebegone high society rich people, and Countess Ellen Olenska is certainly both fancy and sad. Her doomed affair with fellow fancy sad person Newland Archer, who is engaged (and then married) to her cousin offers readers a look at the societal hierarchies that trapped elegant NYC society during the late 19th century, a time period in which Wharton came of age, though the novel was published in 1920. Fun historical fact: Wharton became the first woman to win a Pulitzer thanks to this baby.

CALL IT SLEEP: This 1934 Henry Roth novel has been heralded as a modernist masterpiece, and it's true that the layered prose and bleak imagery recalls contemporary masters like James Joyce. The winding plot follows protagonist David Schearl, a young Jewish boy who lives with his immigrant parents on the Lower East Side; there, he contends with familial infidelity, religious oppression, abuse, poverty and rape. It's a dark read, certainly, but it's also a masterpiece, and an oft-overlooked one at that. 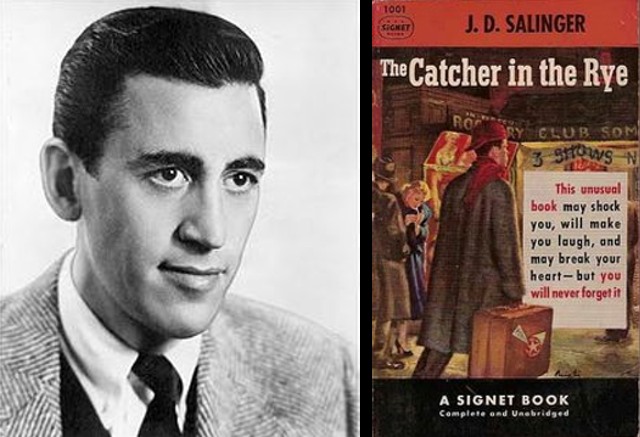 THE CATCHER IN THE RYE: It bothers me that highbrow literary types consider The Catcher In The Rye overrated, though I do envy anyone who found Holden Caulfield annoying and therefore didn't spend their formative years seeking romantic partners who exemplified his mix of prevaricating truth-seeking and extreme angst. But no matter! Whether or not you think Holden is obnoxious, J.D. Salinger's iconic novel is still a necessary read for any human who's ever experienced the bliss of adolescence, and the snippets of post-WWII New York are an added bonus, with Rockefeller Center and the Central Park Zoo/carousel rendered eloquently. 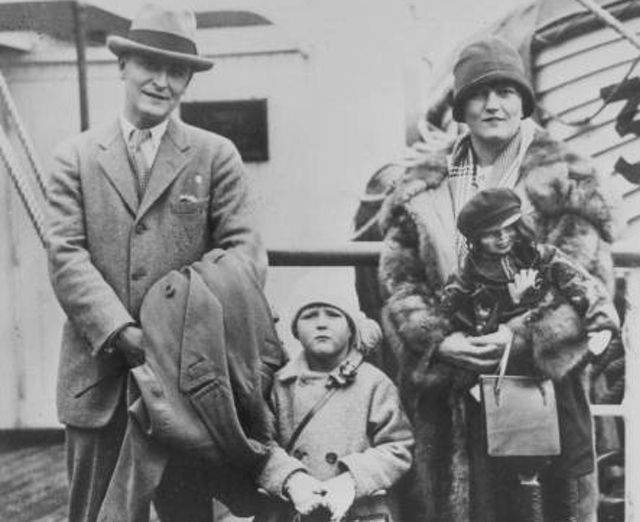 THE GREAT GATSBY: I refuse to consider Long Island, where much of the novel unfolds, as a part of New York City, but my editor asked me to add this famed F. Scott Fitzgerald novel, so here it is. Nick Carraway—bond salesman, loner, potentially closeted gay man—gets drawn into neighbor Jay Gatsby's opulent, dramatic, and ultimately tragic life, one that exemplifies the devastating pitfall that is the American Dream (or so I wrote in a high school paper once). Though I'd take Tender Is The Night over Gatsby, the latter boasts some of literature's most exquisite prose, and is mandatory whether you're in school or decades out. Or you could watch one of the movies! Just kidding, don't go near either garbage iteration. 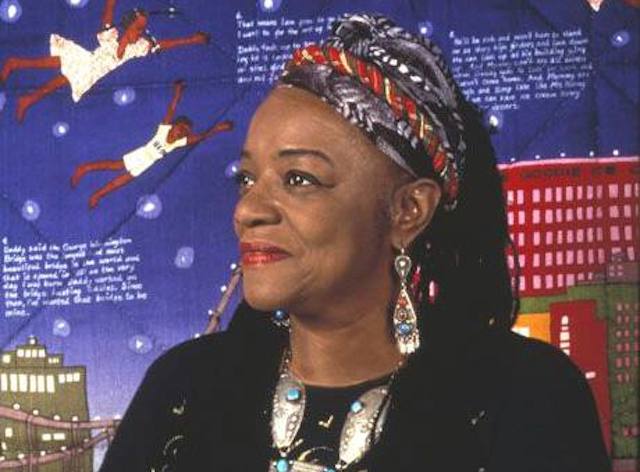 TAR BEACH: Faith Ringgold's 1991 children's book is both a literary and artistic marvel, which makes sense considering Ringgold's fame as a creator of painted story quilts. Tar Beach is based on one such quilt, telling the tale of eight-year-old Cassie Louise Lightfoot, who flies above her family's Harlem roof and her beloved George Washington Bridge at night. Cassie's innocent narration touches on the economic struggles inflicting her family during the Great Depression, including the racism that's kept her father out of the union and away from better-paying jobs, and the story is spectacularly illustrated by Ringgold herself.

A TREE GROWS IN BROOKLYN: Too many insufferably punny headlines were spawned by this classic bildungsroman during Brooklyn's climb to hip, hip heights, but that's just a testament to the lasting impact Betty Smith's 1943 novel's had on our cultural lexicon. Francie Nolan navigates growing up mired in a very pre-rezoned Williamsburg where she contends with an alcoholic father, overworked mother and sordid school system, and later struggles through the working world pre-and-during World War I. There's a lot of history to unpack, starting with life in the Williamsburg tenements near the turn of the 20th century, and even a simple line expressing Francie's thrill at taking the elevated train into Manhattan highlights a still visible, yet long-gone world. Arm yourself with Kleenex for this one. 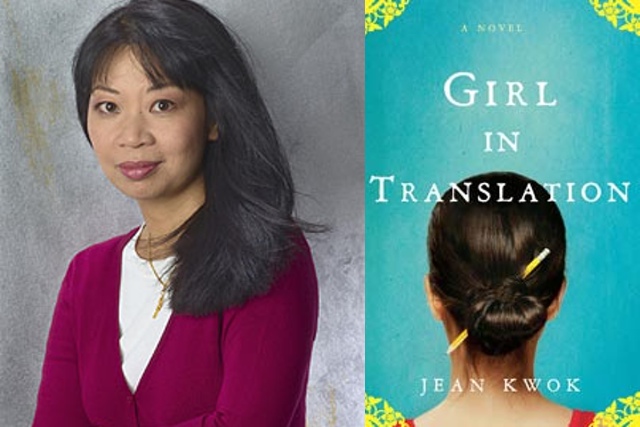 GIRL IN TRANSLATION: There are plenty of books about bright-eyed bushy-tailed newcomers to NYC, and Jean Kwok's 2010 novel Girl in Translation has that—with a difference. Her heroine, Kimberly Chang, is an teenage immigrant from China who goes to school during the day and works in a garment factory at night. Kimberly and her mother live in a roach- and rat-infested apartment, as they struggle to navigate New York City and out of poverty. Beautiful and intimately aching at the same time, Girl in Translation is one window into the lives of today's immigrants. (Jen Chung)

FROM THE MIXED-UP FILES OF MRS. BASIL E. FRANKWEILER: As a child, who didn't dream of running away somewhere and having a grand adventure? Or at least want to give your seemingly under-appreciative parents a taste of life without you? Both of these sentiments are echoed in E. K. Konigsburg's beloved 1967 novel about two children who run away from their Connecticut home and play house inside the Metropolitan Museum of Art. Set in one of the city's most cherished cultural institutions, the book follows the siblings as they bathe in the Museum's fountain, sleep in an antique bed and try to solve the mystery of an angel statue donated by the book's titular character.

Exploring the Museum through their eyes and experiencing their childlike wonder at the priceless treasures that surround them in their temporary home gives even the most jaded New Yorker a new lens through which to view the unique and special place we're blessed to have. And wouldn't we all love to solve a good mystery and end up the beneficiaries of a wealthy, art-collecting older lady? Yes, we would. (Nell Casey) 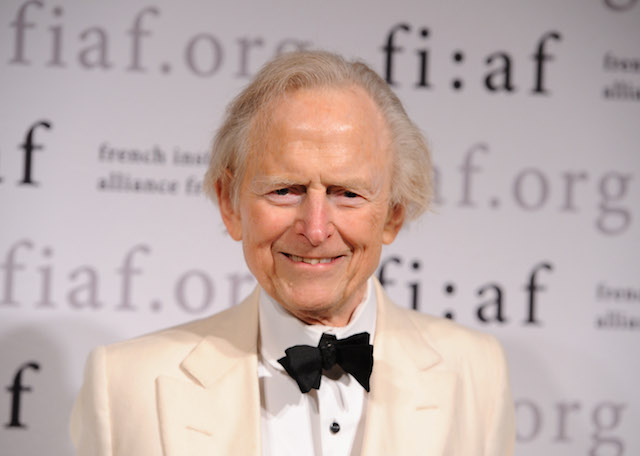 BONFIRE OF THE VANITIES: It's the epic that crystallizes the 1980s—a combination of the bad old days and the Me Decade. Tom Wolfe made his fiction debut with a 659-page opus about a bond trader, Sherman McCoy, whose privileged life spirals out of control when he and his mistress find themselves in the Bronx and end up killing a black teen with his car. NYC's racial tension and classism get worked over, with a cast of characters that includes a tabloid reporter, a black activist reverend, lawyers and a tough judge.

After being serialized in Rolling Stone, the book was published in October 1987—the same month as the Black Monday Crash. The next month, Donald Trump published his part-memoir, part-"This is how I'm successful" book, The Art of the Deal. And then, in December, Oliver Stone released Wall Street. And in this new Gilded Age, it feels as relevant as ever. (Jen Chung)

ELOISE: As a child I envied Eloise; as an adult, I hope to God I never have to babysit her. Kay Thompson's famed rapscallion lives on the top floor of the Plaza Hotel, where she terrorizes hotel staff, guests and her nanny, and OWNS A PET TURTLE named Skipperdee. She also has a pug. Eloise lives the best life, lest we forget it. Never buy a hairbrush, Eloise, and never grow up.

TIME & AGAIN: Over a decade before John Lennon was shot outside the Dakota, Jack Finney used the landmarked building as the backdrop for this fascinating 1970s scifi novel, in which hero Si is able to time travel from the contemporary time to New York City in 1882 thanks to a secret government project. There, Si stumbles upon a blackmail scheme and gets involved in an alleged murder, all while falling deeply in love with a 19th century lass. The story's fun, but the time trip's even better, and the novel's peppered with photos and drawings dating back to the 1880s.

#best novels
#best nyc novels
#best of gothamist
#novels
#original
Do you know the scoop? Comment below or Send us a Tip