The 12 Best Places To Bring The Kids In NYC

I missed out on a lot of childhood staples growing up in New York City—Girl Scouts, backyards, blissful ignorance about the stench of hot garbage. But even as a kid, I understood I lived in the most vibrant, exciting place in the world, and when this city is your playground, there's no end to the adventures at hand here, potty-trained or not. Here are a few of our favorite kid-friendly places in NYC; as always, leave yours in the comments. 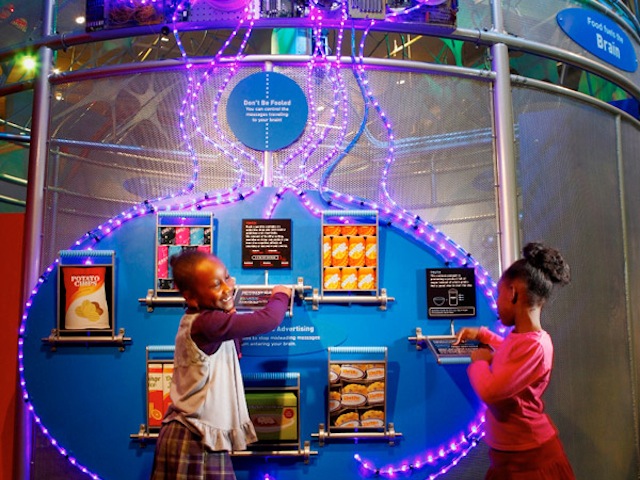 CHILDREN'S MUSEUMS: The Children's Museum of Manhattan, located on the Upper West Side, was my playpen as a kid, and it still offers a wealth of interactive, educational exhibits and programming for kiddies of all ages. The $11 admission price grants you a full day to explore exhibits like EatSleepPlay: Building Health Everyday—which teaches children and their families about the benefits of living a healthy lifestyle—and the Nickelodeon-sponsored Adventures with Dora and Diego, where kids can care for baby animals, go on missions with Dora in the Cloud Forest and cook Latin American meals for a fiesta. You might not love it (SO MANY SMALL VOICES SCREAMING), but your kid will go wild.

The Brooklyn Children's Museum was the world's first museum just for kids when it opened in 1899, and it continues to be a destination spot for families from all over. They've got a lot of great nature-centric exhibitions to play around in, including a greenhouse, community garden and pond aquarium; but for a pint-sized taste of NYC, be sure to check out World Brooklyn, which celebrates the borough's ethnic diversity with mini shops boasting everything from Italian pizza to West African beauty products to Chinese lanterns to Caribbean masquerade costumes. Admission to the museum is $9.

And the Staten Island Children's Museum, located in kid-friendly Snug Harbor, has a whole bunch of interactive offerings for the little ones. Admission is $6; once you're in, aim for the kid-sized chess pieces and Connect Four board in the Big Games exhibit, play on a pirate ship in the seafaring Block Harbor room and put on a mini-Shakespearean production in Portia's Playhouse, which functions as a real theater outside of museum hours. 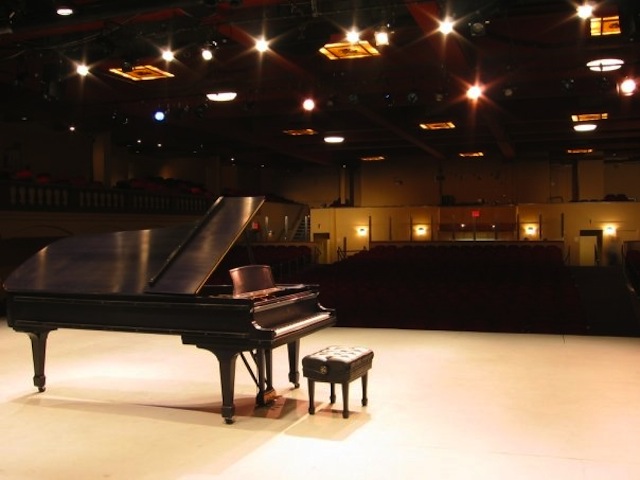 SYMPHONY SPACE: This Upper West Side performing arts center isn't strictly for the young'uns, but they do offer a pretty solid selection of kid-friendly programming, with everything from comedy shows, to concerts, to readings and youth-oriented theater. Performances can be pricey, with kids' tickets typically clocking in at $15, adults $20-$25, but some events are can't-miss, even if they cost more than a ticket to Monsters' University. One event of note: on December 8th, Paul Giamatti will be leading a series of readings from Roald Dahl books, and if you think you can pass up Miles Raymond doing The Witches, your heart's as cruel as a Fleshlumpeater's. 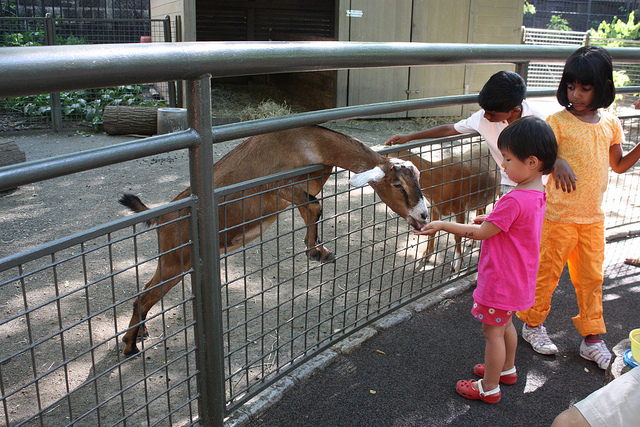 CENTRAL PARK ZOO: Seriously, this place nearly managed to impress Suri Cruise. Though the Central Park Zoo is much smaller than its behemoth partner in the Bronx, its 6.5 acres are teeming with wildlife and ecocentric exhibitions that'll get the kiddos going. Admission to the Wildlife Conservation Society-run space is $12 for adults and $7 for children ages 3 to 12, and will get you access to the main zoo and the interactive Tisch Children's Zoo. Stop in front of the Delacorte Clock on the half-hour to watch the animal statues circle its base as the bells play a tune.

Then head inside and check out popular exhibitions like Tropic Zone: The Rainforest, which boasts tropical animals like colorful birds and leaping lemurs, the snow leopard habitat with two leopards hailing from the Bronx Zoo, and the ever-adorable swimming penguins and puffins in the Arctic Circle.

And though the zoo's home to only one polar bear now (R.I.P., Ida), a stop by polar bear Gus's tank is a must, as is a visit to the sea lion pool at feeding time. The Tisch Children's Zoo has a petting zoo, where kids can play with sheep, goats, alpacas and little pigs, and there are fun child-sized animal habitats for little ones to climb around in. 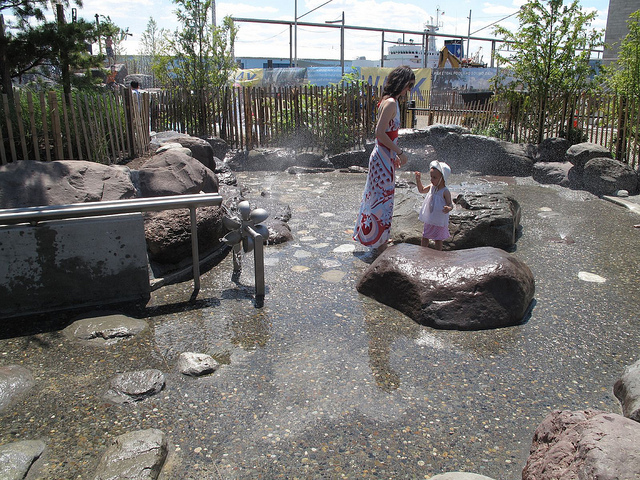 PIER 6 PLAYGROUND AT BROOKLYN BRIDGE PARK: This expansive outdoor play space on the East River in Brooklyn opened in 2010 to much fanfare, and has since been lauded as arguably the coolest playground in the city. The 1.6 acre space has four distinct areas: "The Water Lab", which is stocked with water jets, a water channel and is surrounded by smooth boulder rocks; "Slide Mountain," which has two space-agey jungle gyms in addition to a few fast slides and climbing structures; "Sandbox Village," with its cute little pioneer-village structures sticking out of the biggest sandbox in Brooklyn; and "Swing Valley," which boasts 10 new swing sets varying from toddler swings to big-kid swings, to Tarzan ropes to massive six-seaters. Post-playground, it's worth it to stop by Jane's Carousel for a quick ride on one of the beautifully-preserved vintage carousel horses.

The Pier 6 Playground is located at Pier 6 in Brooklyn Bridge Park in Dumbo, Brooklyn (brooklynbridgepark.org). It is free to enter. 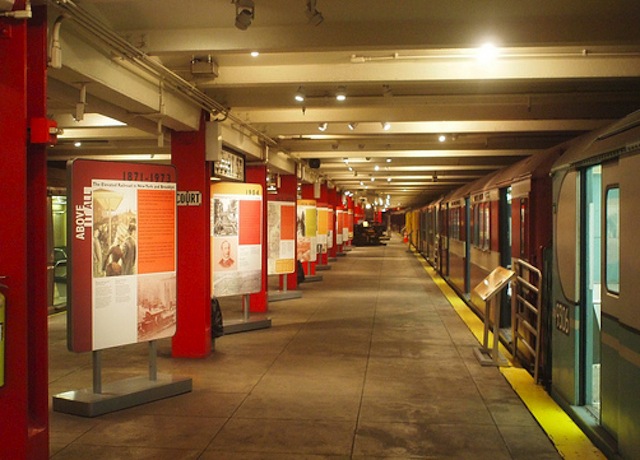 THE NEW YORK TRANSIT MUSEUM: It is a truth universally acknowledged that little kids, having never stood on the Bedford Ave platform during morning rush hour when they're late for work, freaking love trains. Which makes the MTA-sponsored Transit Museum a mecca for these budding conductors and future commuters; located in a real decommissioned Court Street station in Brooklyn Heights, the museum's got everything from interactive exhibits to memorabilia to a live signal tower on display.

Admission is $7 for adults, $5 for children ages 2-17; once you're in, little ones will love the interactive "On The Streets" exhibition, which has a simulated traffic intersection with an MTA bus, vintage bus cab from 1960s and mini-trolley to play in. Older kids will be into the museum's Fare Collection exhibition, where you can interact with old turnstiles, and the "Steel, Stone & Backbone: Building New York's Subways 1900-1925" exhibition, which details the construction of the subway system. Best of all, the museum's downstairs exhibition, "Moving the Millions: New York City's Subways from its Origins to the Present" has a collection of old subway and elevated cars you can walk through, complete with plush seats and vintage advertisements. 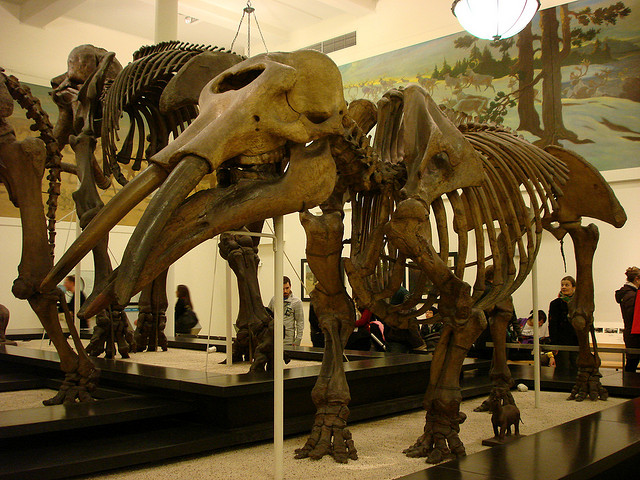 AMERICAN MUSEUM OF NATURAL HISTORY: This is probably an obvious one, but aside from being a tourist must-see, the AMNH is a spectacular indoor playground and imagination sparker for city kids. The museum's so massive it's hard to pinpoint just a few exhibitions, but repeat visits to the dioramas in the Halls of African and Asian Mammals, the creepy kimono dragons in the Hall of Reptiles and Amphibians and all the glowing jellyfish you can handle in the Hall of Biodiversity. There's the attached Rose Center for Earth and Space and the Hayden Planetarium. And then there are the the dinosaurs. Oh, the dinosaurs.

When the little ones have gorged themselves on all the fossilized bones they can handle, take them to the hypnotic Milstein Hall of Ocean Life, where they can run around under the 94-foot-long replica of a blue whale and take a look at underwater dioramas depicting seals, otters, polar bears and schools of fish. Though they should watch out for the squid and sperm whale diorama, because that thing is terrifying, and will haunt your child's dreams well into adulthood.

HISTORIC RICHMOND TOWN: If your kid's into old-timey dress up and stories about Colonial Williamsburg, take them to this living history village located smack-dab in the middle of Staten Island. The town has been remodeled to look like it did in the 19th century, and for an $8 adult admission, $5 children ages 4-11, you can interact with "townspeople" and walk through historic commercial, civic and domestic structures, including an 11-acre family farm.

Exhibitions of note include the Third County Courthouse, which dates back to 1837, the The Stephens-Black House and General Store, which were both built in the mid 1800s, and the Voorlezer's House, which was once an elementary schoolhouse and dates back to the 17th century. The town holds special event days with costumes, historic demonstrations, special tours and fairs, where you can learn how to churn butter, chop kindling and live like an old-school Staten Islander. 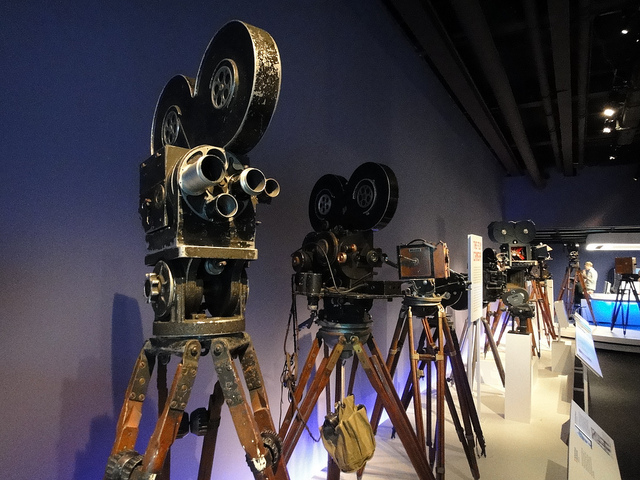 MUSEUM OF THE MOVING IMAGE: The Muppets have since moved on from MoMI, sadly, but there are still plenty of cool things to see at this Astoria spot, though it's probably more interesting for kids ages 8 and up. Budding movie buffs will love the museum's standout permanent exhibition, "Behind The Screen," which features 15,000 square feet of memorabilia and movie-making equipment, along with other interactive offerings. There's a Yoda puppet from the Star Wars franchise, a replica of Mrs. Doubtfire's head and 1960s Star Trek Barbie dolls on display, and there are terminals where you can overdub, loop and edit popular films yourself. MoMI also offers a number of traveling exhibitions, like one on the aforementioned Muppets, a music video-making exhibit, a vintage video game exhibit and a collection of masks and props from Men In Black 3. Though maybe the current Breaking Bad exhibit is not one for the young'uns. 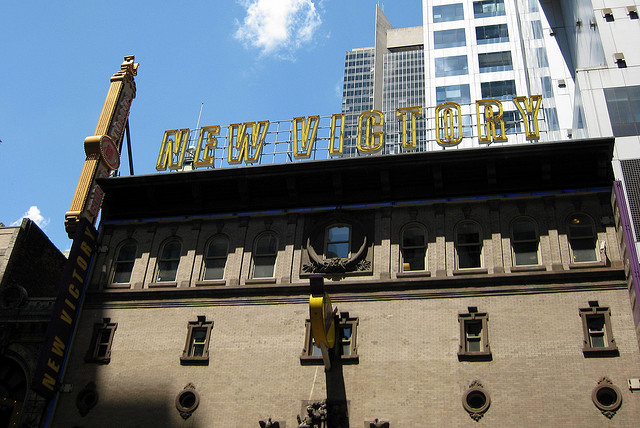 THE NEW VICTORY THEATER: This off-Broadway spot is the only one in the city devoted to kids-and-family-friendly performances year-round, and they pack their schedule with tons of great programming introducing little ones to the world of theater. Puppet shows, musicals, concerts, dance performances and storytelling sessions are the name of the game here. Coming up this season, New Victory will host a marionette puppet performance of Sleeping Beauty, a live performance of Peter Pan, a kid-friendly Bob Marley musical and an Australian circus, among others; tickets vary in price, and can be purchased at the New Victory Theater's online box office. 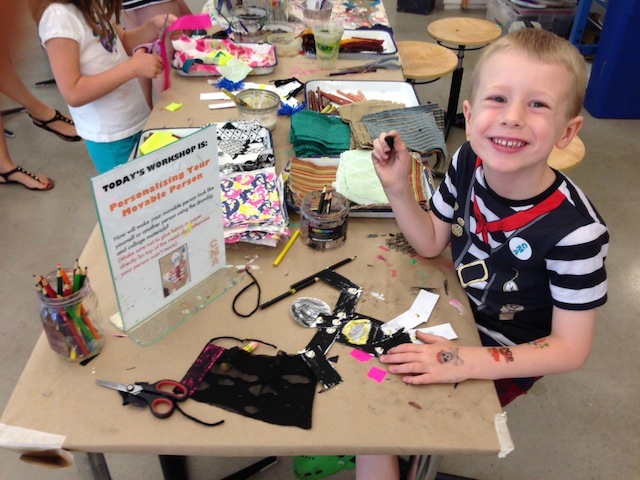 CHILDREN'S MUSEUM OF THE ARTS: This West Village art space is more of a studio for children than a real museum, but for burgeoning young artists, it might as well be the Louvre. CMA boasts 10,000 square feet of classroom, studio and gallery space, exhibiting hundreds upon hundreds of artwork by children, in addition to up-and-coming and established artists, on its walls.

CMA offers a number of art classes and workshops; its space includes an animation, film and multimedia lab, a clay bar for sculpture-making, a sound booth, a fine arts studio for painting, drawing and textile work, and an art and music space for just children ages five and under. They list daily workshops on their Facebook page. And they don't just have art, although that's the museum's main draw; there's a big bouncy ball pond that's open for free play all day, with 20-minute sections separating children by age so the wee ones aren't trampled by the burlier big kids.

The Children's Museum of the Arts is located at 103 Charlton Street between Hudson and Greenwich Street in the West Village (212-274-0986, cmany.org). Admission is $11 for adults and children over one year old.