Not only is New York a fashion capital, it's also a hotbed of creative people looking to launch their own brands and stores. It's no surprise that we have the best selection of clothing and accessory lines to choose from that were born and are still made, in some sense, right here in the five boroughs. Whether you’re a fashion obsessive prone to splurging, a minimalist who only wants the essentials, or a weekend browser, there are plenty of local labels whipping up stuff for you to wear. Here are some of our favorites; leave yours in the comments. 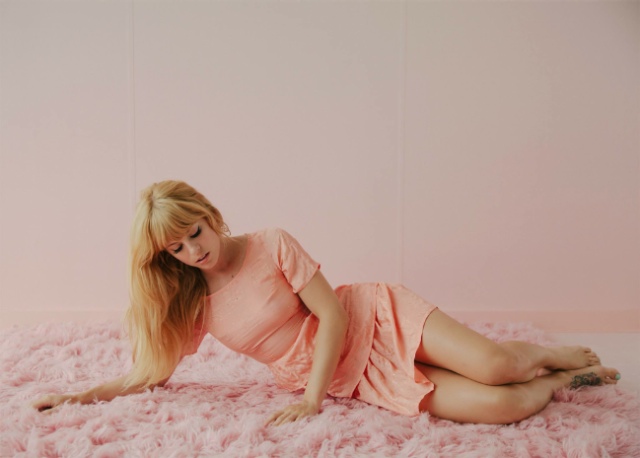 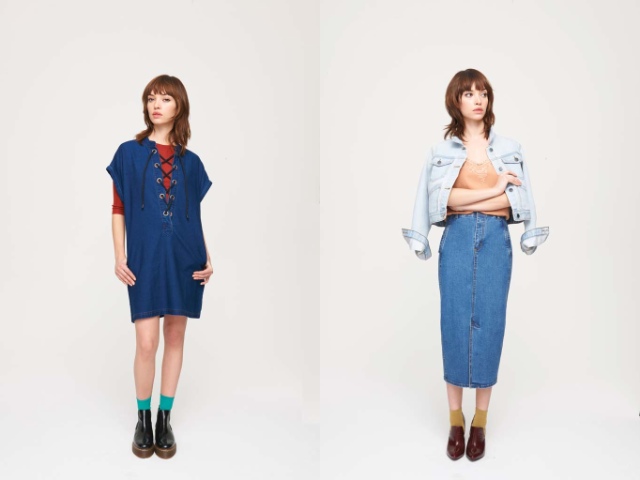 COURTSHOP: One of the most buzzed-about denim lines was sprung from East Village store Circa Now: owner Nicole Tondre met and hired Lisa Fuller in 2006, and when Tondre’s business partner moved to Portland, she duo-ed up with Fuller to start their own spot, Courtshop. They started out stocking staples from other brands (and still do) before they decided to fill a void in the market: perfectly fitting denim that doesn’t bend to trends and comes in a wide range of fits, shapes and washes. As a result, Tondre (who left the company in 2012) and Fuller's creations have been donned by the likes of Jenny Slate and Drew Barrymore, and picked up by retailers like Steven Alan and Shopbop. Even as the label grows, Courtshop does a lot of its production within a few blocks of its brick-and-mortar digs—they've also got an outpost on Bedford Avenue in Williamsburg 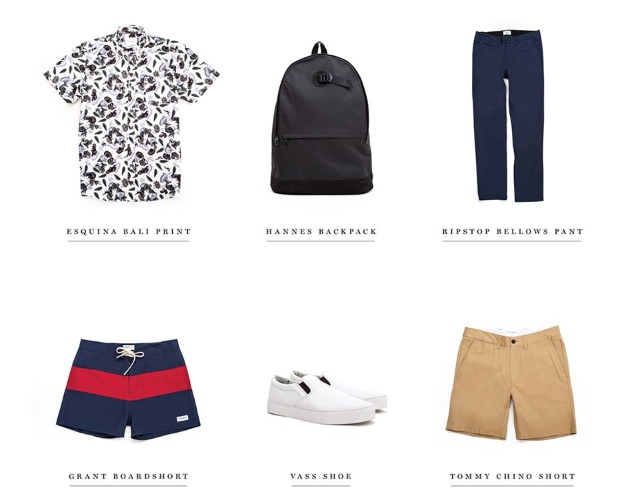 SATURDAYS SURF: NYC's small-but-buzzing surf scene can be credited to one label and the three guys who started it. Colin Tunstall, Josh Rosen, and Morgan Collett launched Saturdays Surf in 2009, despite naysayers who wondered whether there was a customer base for surfwear in the city (spoiler alert: there is). The shop brought an air of carefree, beach-infused cool to Soho, and even guys who have never stepped foot on a board have made the brand’s modern printed shirts, classic soft sweaters, minimalist tees, utilitarian jackets and impeccably tailored-yet-relaxed pants the foundation of their wardrobes. 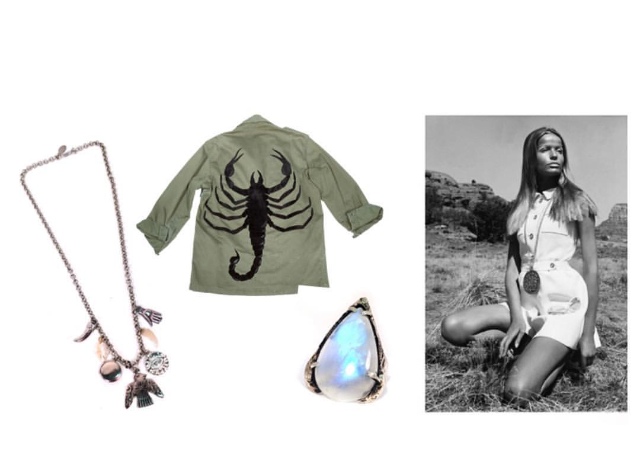 LINE & LABEL: Founded in 2013 by Kate O’Riley, LINE & LABEL champions local design in every aspect of its business model. In addition to its own house line, the store carries unique-yet-effortless clothing, accessories and home goods from other local, independent designers. As for the aforementioned house line, think of the kind of staples you’d wear forever, but updated with artful twists that manage to transcend trends while still feeling fashion-forward. The Fall 2015 collection features items like eye-print sweatshirts and scorpion-emblazoned army jackets, and O’Riley is especially known for her beautifully crafted leather handbags, all of which are priced affordably. 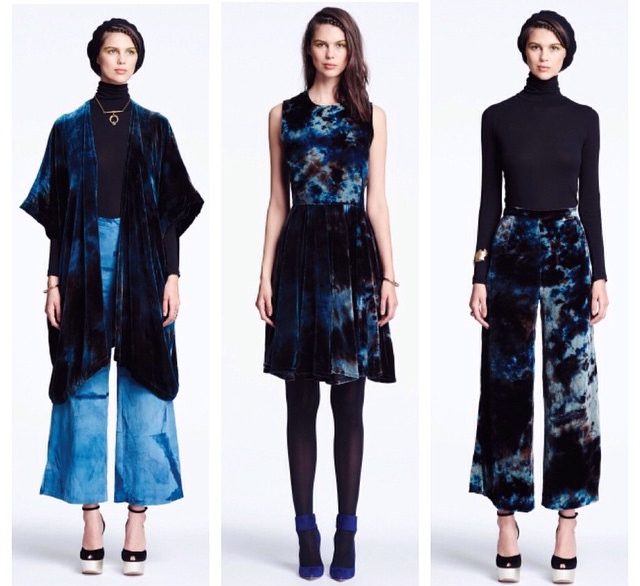 UPSTATE: Upstate’s clothing has that bohemian, wanderlust-cool vibe happening. It looks like the wardrobe of a globe-trotting adventurer that doesn’t even try to look so stylish and is always relaxed. And yet, the traditional shibori process and other hand-dyeing techniques that Upstate uses are done right in designer Kalen Kaminski’s Brooklyn studio. Dresses, dusters and leggings are cut in sophisticated silhouettes but then splashed with tie-dye in hues that are always downtown-gallery-esque and not head-shop-esque.

Kaminski started the brand out of her apartment in 2011 with then-partner Astrid Chastka, and even as the line has grown and been picked up by retailers around the world, she still personally hand-dyes all of the prototypes. 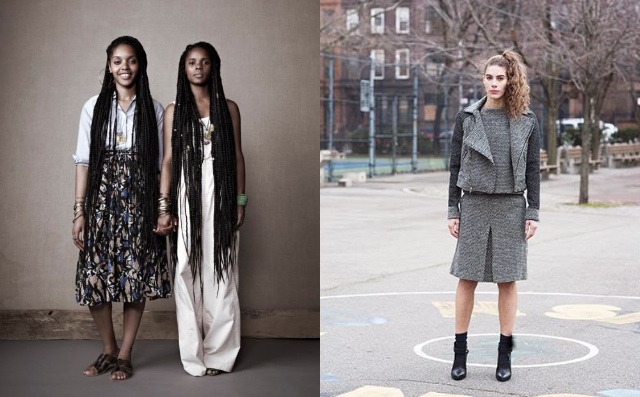 WILLIAM OKPO: Sisters Darlene and Lizzy Okpo started garnering buzz for their line right out of the gate. Named for their father, William, their brand is inspired by the way their Nigerian parents interact style-wise with American culture. The result, as it turns out, is clean, crisp minimalism and razor-sharp tailoring playing against feminine silhouettes and pops of print and color. Polished and classic yet downtown and slightly quirky at times, the dresses, blazers and knits are easy to wear every day but will definitely shake up a sartorial routine.

In addition to an outpost in Brussels, the Okpo sisters sell their wares in a few New York boutiques (counting OpeningCeremony.us in New York and Los Angeles), as well as their own flagship, one of the stores helping to make over the South Street Seaport. 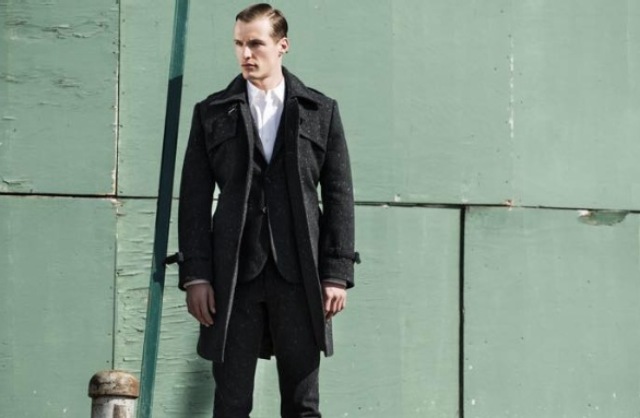 CADET: CADET was launched by Raul Arevalo and Brad Schmidt in 2011—Arevalo wanted designer-quality clothing that could fit a wider range of shapes, with both designers taking inspiration from art, American post-war nostalgia and outdoorsy heritage brands to craft their clothes. With Arevalo helming the design end and Schmidt taking up the retail operations and production end, the two set about creating a cool-yet-classic line of casual menswear that is relaxed, comfortable and effortlessly fitting. From slim, crisp shirts to bomber jackets, there’s an elevated sense of craftsmanship on full display in the brand, which is sold at its three retail NYC retail spots. 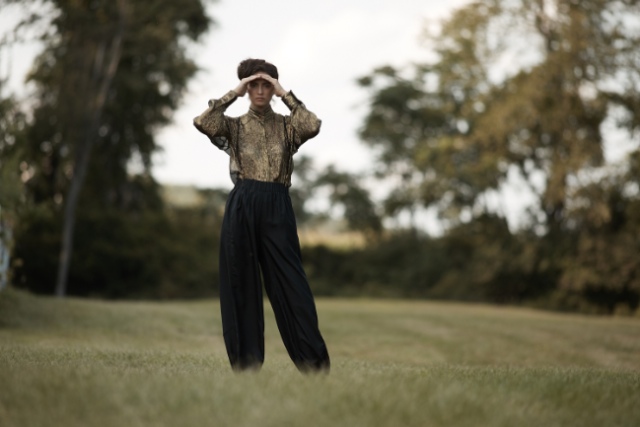 ELECTRIC FEATHERS: Leana Zuniga’s line is Brooklyn-born and Brooklyn-raised, but it’s clothing for the world traveler. A globetrotter herself, Zuniga started Electric Feathers in 2007 based on the principle of versatile, easy-to-pack designs. The collections consist of dreamy dresses that can be worn multiple ways and jumpsuits that can be rolled up to fit inside the most crammed suitcase. Even though Zuniga's jackets, skirts and tops boast an ethereal elegance, they ultimately reveal themselves to be ridiculously utilitarian and functional. After all, how many things can you cram into a backpack and then pull out later, throw on, and still be the chicest person at a party? Presumably for that unique reason, Electric Feathers has been a darling of publications like Vogue and Interview, and is sold in shops located all over the country—it's also got its own Williamsburg spot, Electric Nest. 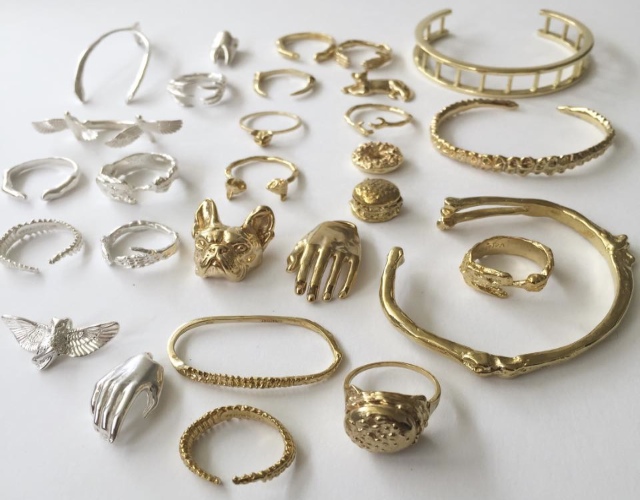 VERAMEAT: If you don't consider a dinosaur eating fried chicken as a glamorous jewelry design, then you haven’t discovered Verameat, which boasts a shop in both the East Village and Williamsburg. The jewelry line has a devoted downtown creative-girl following, and also counts the likes of Miranda July and Tilda Swinton as fans. Ukrainian-born designer Vera Balyura pulls inspiration from her own travels and experiences along with her grandfather’s wood-carving and her grandmother’s career as a surgeon to create beautiful silver and gold pieces that are somehow delicate, badass and whimsical all at the same time. While design themes vary, you can count on Verameat to craft necklaces and the like featuring animals and human body parts. You can also find understated letter rings, quirky skater-boy charms, and a collection of celebrity portrait rings like Bill Murray and Jemima Kirke. 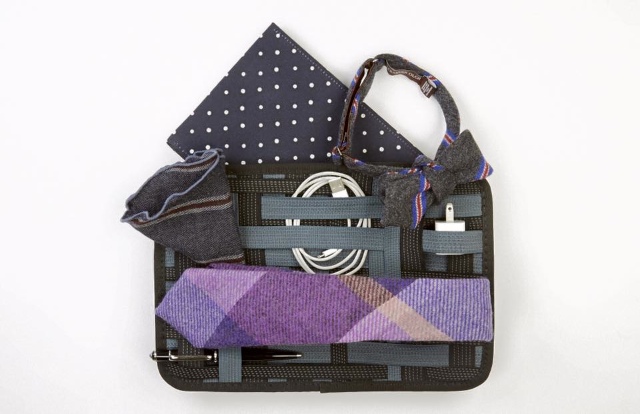 ALEXANDER OLCH: Filmmaker Alexander Olch started his line of ties in 2001 after designing a batch to gift his crew with when wrapping up a shoot. Within a few years, places like Bergdorf Goodman started noticing Olch's designs and putting in orders. Olch has since carved out a niche in the men’s accessory market that’s dapper and classic, yet creative and a little quirky. He’s said he believes a bowtie should always be a little “off,” and that a big style no-no is to look too buttoned up. And so, Olch makes accessories that can look polished with zero effort, like his signature pocket round, which is easier to manipulate than a pocket square. Just a couple of years ago, the designer opened up shop on Orchard Street. 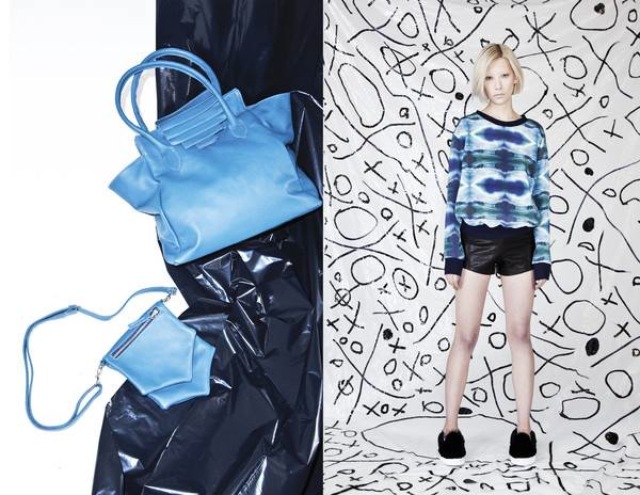 COLLINA STRADA: Hillary Taymour started this accessory line in 2008, known for its edgy leather bags. Crafted to capture a trifecta of tough, minimalist and feminine, every clutch, backpack and tote is a busy girl’s best friend: roomy and durable, artful enough to stand out yet understated enough to match any outfit. Expect buttery pieces sharpened by geometric panels or canvas carryalls splashed with prints that Taymour creates herself from distorted photos, one of the many steps in her process that she executes in her Brooklyn studio. You’ll find Collina Strada in some of the city’s most clued-in stores, like OAK, Article &, and Assembly. 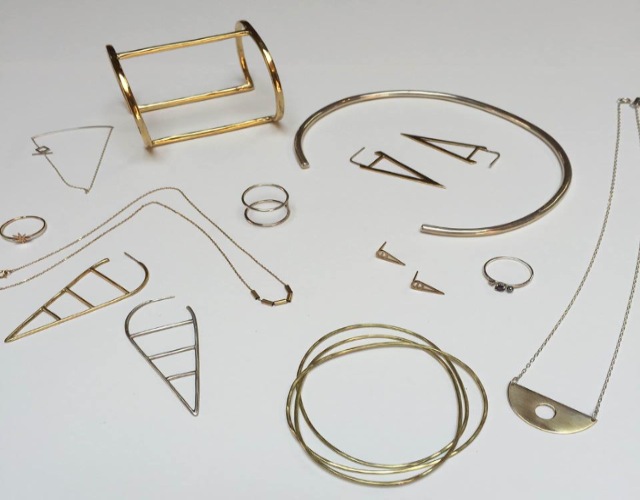 IN GOD WE TRUST: We have In God We Trust to thank for the cutest way to tell people off. Their line of “Sweet Nothings” feature heart-pendant necklaces emblazoned with everything from “I woke up like this” to things our mothers taught us not to say etched in script. Shana Tabor opened IGWT in 2005, and has since expanded to three brick-and-mortar spots in Greenpoint, Williamsburg and Soho. She's also launched an e-commerce business that has helped get the brand’s jewelry, accessories and clothing into magazines, onto blogs and in the hands of both trendsetters and more understated dressers. Beyond the Sweet Nothings, IGWT jewelry is minimalist and artfully sculpted, and usually comes in silver or gold. Every piece is somehow magically of-the-moment yet timeless, an all the more appealing feature at the line’s reasonable price points.