Sometimes you have no choice but to squeeze into Terminal 5 with 2,999 other souls, where your music is paired with a side of overpriced misery and terrible sightlines. But this city has a million music venues, you can hear bands any night of the week without having to feel like a sardine in Midtown. Here are our favorite smaller venues; be sure to leave yours in the comments. 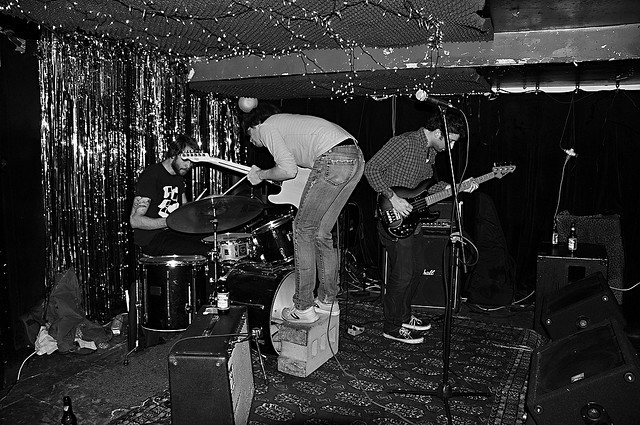 CAKE SHOP: Cake Shop's been kicking on the Lower East Side since before the Williamsburg waterfront sprouted condominiums (as in, since 2005), which cements its status as an area institution by NYC standards. Over the years, Cake Shop's been a prime spot for local bands looking to showcase their stuff to a non-judgmental drinking crowd, and big names like Pains of Being Pure At Heart and the Dirty Projectors got their start there. Bands play in the venue's appropriately dingy basement for a cheap cover, and though you can't always get a glimpse of the stage on busy nights, the acoustics are good enough that you'll get to hear some stellar local music no matter how crowded the bar is. 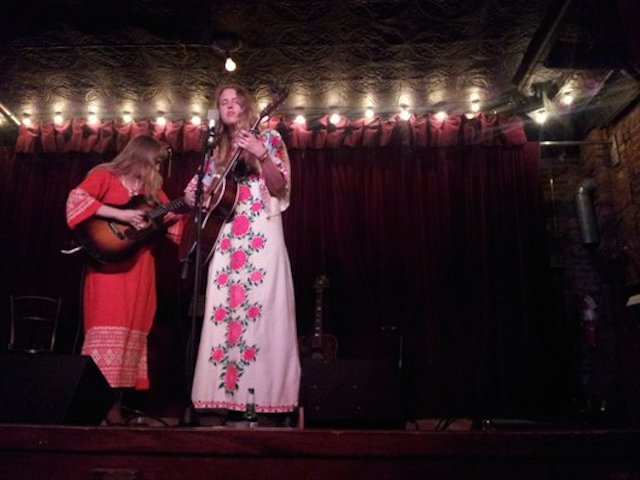 JALOPY THEATRE: Jalopy Tavern's already won accolades from us for its delectable pub grub, but if the jalapeno poppers draw you into the bar, it's the bluegrass bands that'll send you to the music venue next door. Jalopy hosts all sorts of bands in its intimate space, with plenty of honky tonk, blues and folksy stuff on tap night after night. You can catch a free folk show on Wednesday nights, or fork over a $10 cover on a busier night—plunk down in one of Jalopy's pew seats and let the guitar twangs seep into your skin. 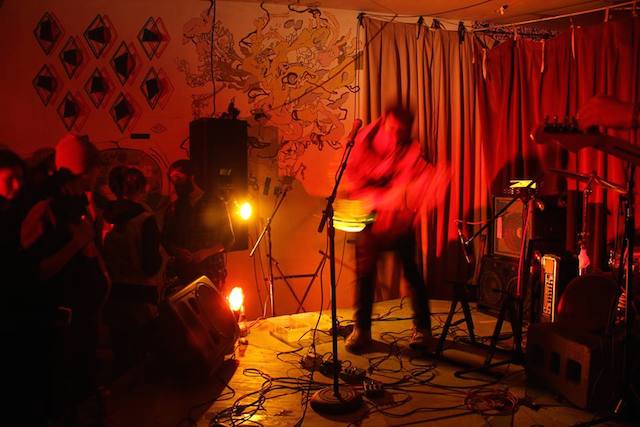 SILENT BARN: Once upon a time, Silent Barn was one of the best DIY spaces in the city, operating out of a rundown house off the Halsey L stop. It was borderline tragic when they were forced to shutter in July 2011 after a vicious robbery. Thankfully, they relocated to Bushwick in 2013, and are currently running a totally legal, totally awesome new operation complete with performance spaces, living and working "stewdios" and gallery shows.

Silent Barn prides itself on giving stage time to small bands that might not get heard otherwise, and they pack their lineups, so at any given show, you get to hear three or four newcomers and a couple more established local acts. Covers run about $7 to $10, and they've got a beer and wine license if you're looking for some legal booze.

Silent Barn is located at 603 Bushwick Ave between Jefferson and Melrose Streets in Bushwick, Brooklyn (silentbarn.org). 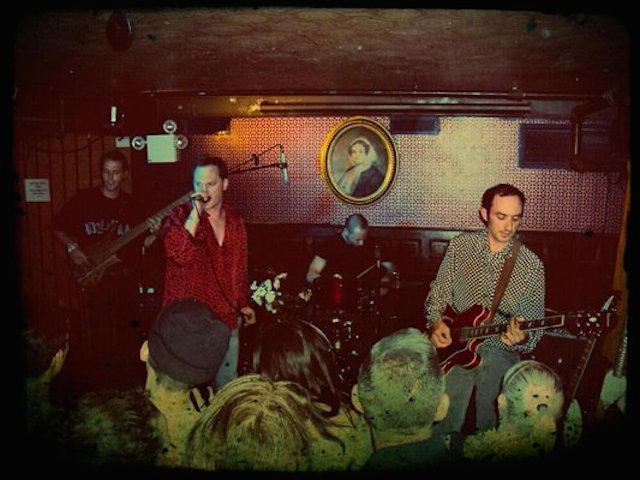 UNION HALL: This Park Slope pub hosts concerts and comedy in its womblike downstairs space, which, like the rest of the bar, rocks a vaguely vintage 1900s decor. Shows here run anywhere from $5 to $20—a lot of local bands (and the occasional Daft Punk tribute band) show up here, but we've also caught bigger names like Andrew Bird and Ra Ra Riot, and Wyatt Cenac just released a stand-up comedy special filmed at Union Hall. Best of all, you can enjoy couch-side drinks and bocce ball upstairs after the show. 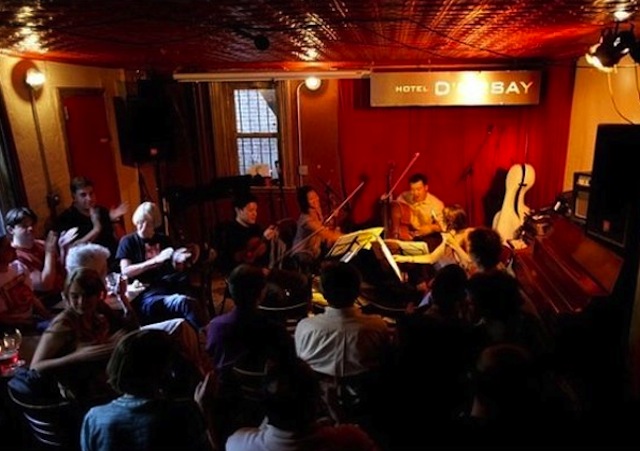 BARBES: Barbes is one of the best jazz venues in the city, hosting a finely curated lineup in its intimate space. Shows run the gamut from bluegrass, classical, world music and the aforementioned jazz, and a recommended $10 cover will get you a spot in the bar's tiny backroom. Bring a personal fan, grab a whiskey or beer from the bar, and be prepared to hoedown to some sick international drum beats 'til closing time. 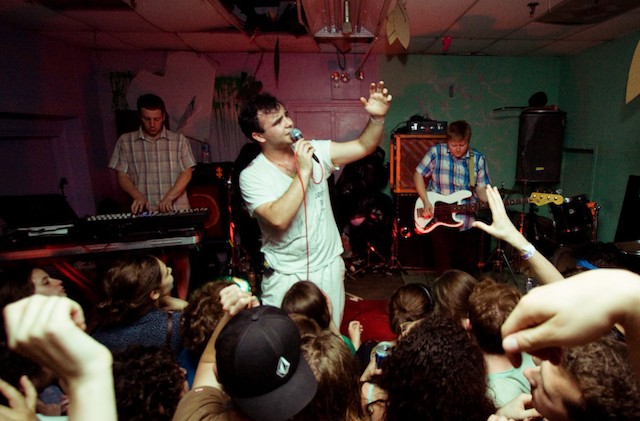 DEATH BY AUDIO: It's hard to write about DBA without feeling bitter, because Williamsburg's best music venue is getting pushed out of its South 2nd Street space by Vice Media just before Thanksgiving. This stings, because DBA is a wonderful space—I've seen some of my favorite bands here for under $10, and every show feels like a house party packed with friends. The venue's got a nearly-full calendar from now until Doomsday on November 22nd, with a whole host of special guests and secret bands on tap. Shows are $10 and beer is cheap, so let's send them out in style.

Death By Audio is located at 49 South 2nd Street between Kent and Wythe Avenues in Williamsburg, Brooklyn. 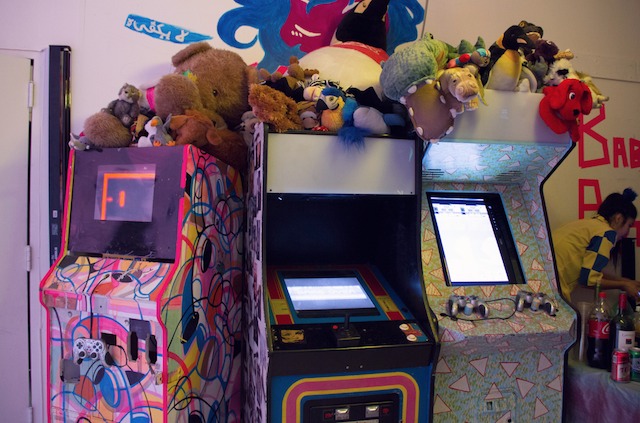 BABYCASTLES GALLERY: Video game design collective Babycastles opened a small gallery and performance space in Chelsea earlier this year, and during its short time on Earth, it's become one of the better spots in the city to catch a band. They anointed the gallery with a sick Ratking appearance back in May, and last week they hosted an impressive GODMODE CMJ show—they've got a few more shows coming up, and expect some much needed madness.

Babycastles is located at 137 West 14th Street between 6th and 7th Avenues in Chelsea (babycastles.tumblr.com). 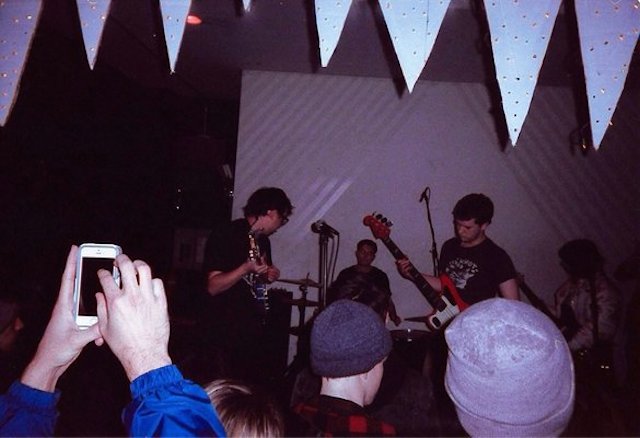 SHEA STADIUM: Shea Stadium might not be as much of a local institution as the erstwhile sports stadium for which it's named, but it'll get there, one day. Like Death By Audio, this dive-y space is filled with welcome graffiti and grime, cheap beer and young, excellent bands you can see for an average of $8. Shea Stadium's also got a balcony if you're feeling too crowded downstairs, which one-ups oft-cramped big brother DBA. Best of all, they've archived a whole slew of shows, so you can re-experience the music from the comfort of your own home post-concert. 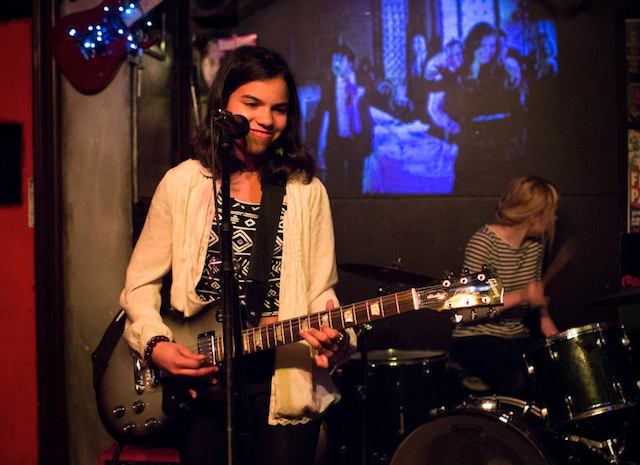 FREDDY'S BAR AND BACKROOM: Freddy's Bar has been a South Brooklyn legend for some time. And even though they were forced out of their Prospect Heights space during the construction of the Barclay's Center, they've been going strong at their South Slope digs for a few years now. Local bands flock to Freddy's, and for good reason—shows are free, beer is cheap, and the crowd is always down for anything. Grab a $3 PBR, head to the back room and lend an ear, even if you don't know who's playing. You're among friends here. 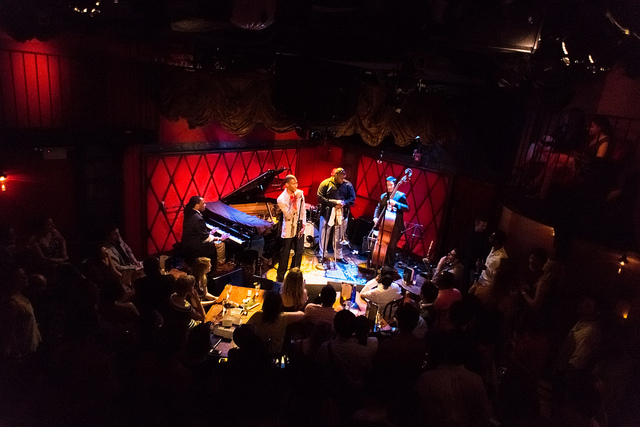 ROCKWOOD MUSIC HALL: Rockwood Music Hall's got a little more in common with some of the bigger venes—beer here will cost you $7 or so, for instance, and sometimes the crowd hedges more toward Webster Hall than old school LES. But recent renovations have lent this place killer sound, and there are three intimate stages offering performances night after night, at least two of which rarely (if ever) have a cover, though there's usually a drink minimum per set. Bring your friends, your liver and your good taste, and let the music do the rest.

Rockwood Music Hall is located at 196 Allen Street between 1st Avenue and Stanton Street on the Lower East Side (212-477-4155, rockwoodmusichall.com). 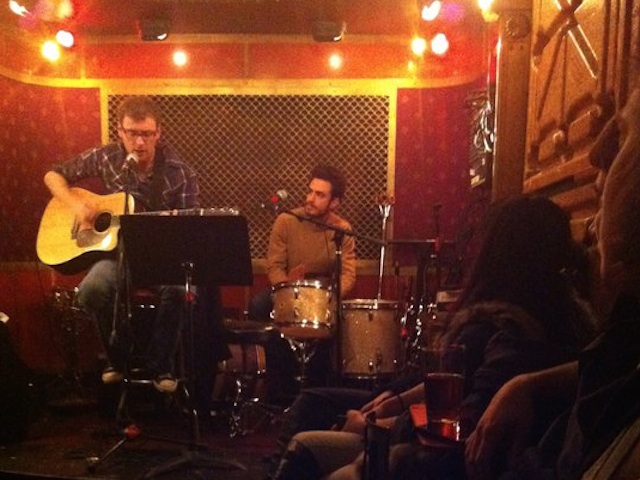 PETE'S CANDY STORE: Aside from hosting one of the most challenging trivia nights in the city, this longstanding Williamsburg bar boasts nightly live music courtesy of local and touring bands from all over. You can hear just about every musical genre here, from bluegrass to indie rock to experimental soul to "spooky folk" (whatever that is), and shows run about $5 to $10 if they're not free that night. Best of all, it's one of the most intimate venues in the city, which provides ample opportunity for making serious eye contact with performers.