This city is designed to chew your shoes, digest them and spit them back out, what with the uneven sidewalks, bedazzled dog poo and surprise puddle lakes that dot the town. Luckily, there are a bunch of leather wizards who can restore the twisted rubble you once wore on your feet like magic, just in time for you to destroy them anew. Here are our favorite cobblers in the city; leave yours in the comments. 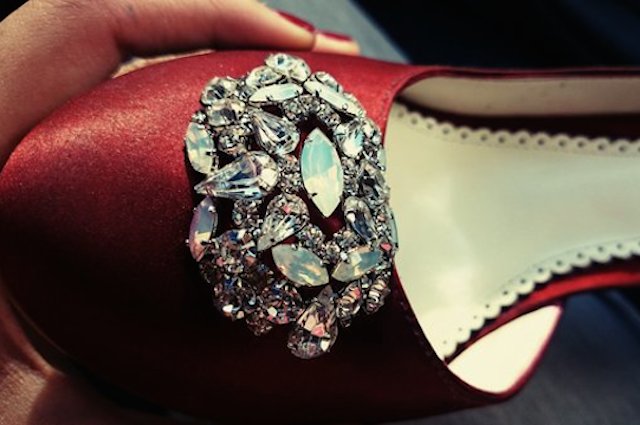 NORTH 11 SHOE REPAIR: I have heaps of praise to pile upon this Williamsburg repair stall, whose cobblers have managed to resurrect some of my most woebegone footwear over the past few weeks. I am a human who enjoys walking many miles in shoes made for sitting at a desk all day, and I also refuse to toss boots out when they've reached the point of pure destruction. Somehow, owner Clever Varcosa and his crew have been able to transform all the beaten-down bits of leather and rubber back to their original shoe-shaped selves, and for a reasonable price, too.

I'm not the only one who raves about these guys, considering their Yelp is full of love. Note that they'll be moving to bigger digs on North 10th Street in July.

JIM'S SHOE REPAIR: At Jim's, Manhattanites come for the heel replacements and stay for the old New York charm—from the vintage modesty booths to their beautiful 1930s cash register. This 83-year-old family-owned business was nearly forced out by a neighboring Duane Reade last year, but thanks to Jeremiah Moss and the work of Vanishing New York devotees, they were able to reclaim their lease. The guys at Jim's "love a challenge" so put them to the test with your filthiest, most water-logged sandals. They also offer repairs by mail, which you can ask about on their website. (Abigail Rowe) 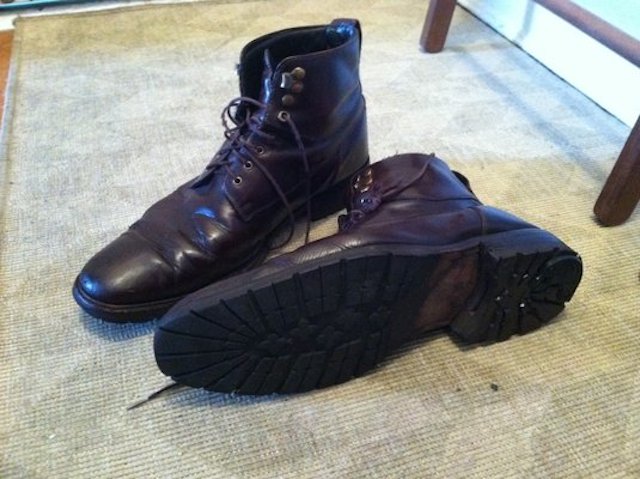 ROMA SHOE REPAIR & SHINE: After filing a lawsuit against burger mogul Danny Meyer in 2011, the dust has finally settled for Roma Shoe Repair & Shine, which managed to find a new home across Columbus Park. Roma offers fairly typical prices on their heel repairs and zipper replacements but will always toss in a shoe shine free of charge, and customers can vouch for the quality of the work—whether their boots were victims of water damage or a vicious dog attack. And after everything's fixed up, Shake Shack is just a short walk away. (Abigail Rowe) 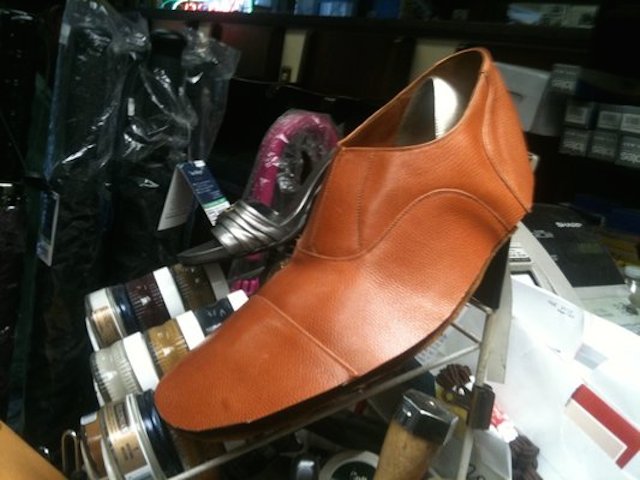 MINAS SHOE REPAIR: Beloved FiDi cobbler Minas Polychronakis, managed to survive recession woes by shining the shoes of Wall Street's banking elite. And while not all of us could have afforded custom Porsche license plates or 9,000 dollar jackets back in 2011 (or now, or ever), Minas Shoe Repair also serves the common man, with just $3 a shine and $30 for new rubber soles. As Minas himself once quipped: "Bad times, good times, it all comes down to feet." (Abigail Rowe) 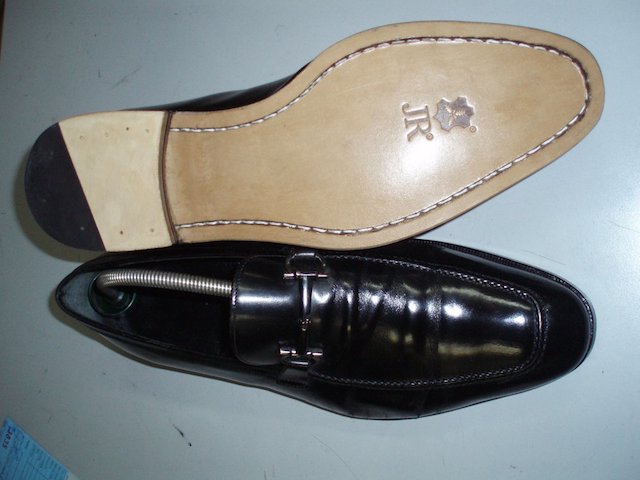 GIOVANNI SHOE REPAIR: This teensy little shop is easy to miss, but do not underestimate the strength of the miracles performed inside. Proprietor Giovanni does quick, quality work, and he won't charge you an arm and a half for it (prices listed online). Manolos and the like are safe in his hands, as are those threadbare Steve Maddens you've been gluing together since 2006.

Giovanni Shoe Repair is located at 203 West 85th Street, Suite 2, between Broadway and Amsterdam Avenue on the Upper West Side (212-362-5808, giovannishoerepairinc.com).

ALBERT'S SHOE REPAIR: If walking laps around Astoria Park has worn a hole through your soles, cobbler Alex (not Albert) will repair them toute de suite, handing them back to you as shined up as they were before you got them caught in the rain a few too many times. Prices are a little high for the area, but you get what you pay for, which is a once-disheveled-but-now-mint-condition pair of shoes. 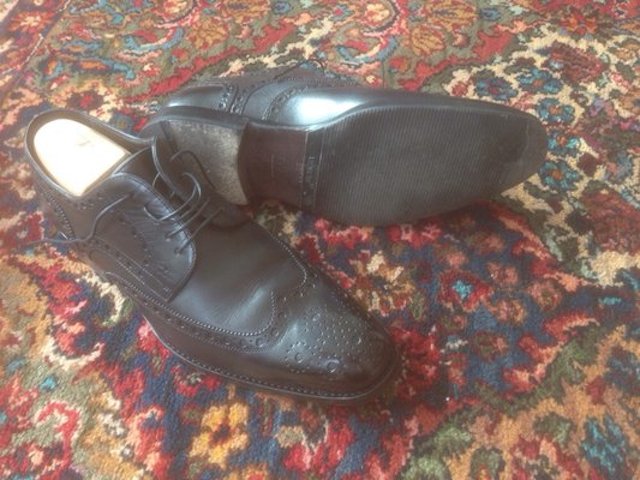 YAKUB SHOE REPAIR: Greenwich Village is one of the best places in the city to break your heel, considering at least ten repair shops are within walking (or hobbling) distance of Washington Square Park. Even with the neighborly competition, Yakub Shoe Repair stands out above the rest, where customers can expect reliable work to be done quickly at a good price. And if your day really isn't going well, the shop also houses Sullivan Locksmith and runs a dry cleaning service. Just don't forget to hit the ATM before heading in—Yakub is cash only. (Abigail Rowe)

Yakub Shoe Repair is located at 229 Sullivan Street between 3rd and Bleecker Streets in Greenwich Village (212-673-6230).

TAVERAS SHOE REPAIR: For Harlem residents in need of new heels, Taveras Shoe Repair provides the best craftwork in the neighborhood. Cobblers can handle everything from fancy pumps to cheap-but-beloved boots, and they keep prices well below what folks'll charge in Midtown, which is a relief considering repeated new soles can eventually overlap purchasing a new pair of shoes altogether. You can also purchase polish, suede protectant and other shoe paraphernalia from them to ensure you don't have to make too many repeat visits. 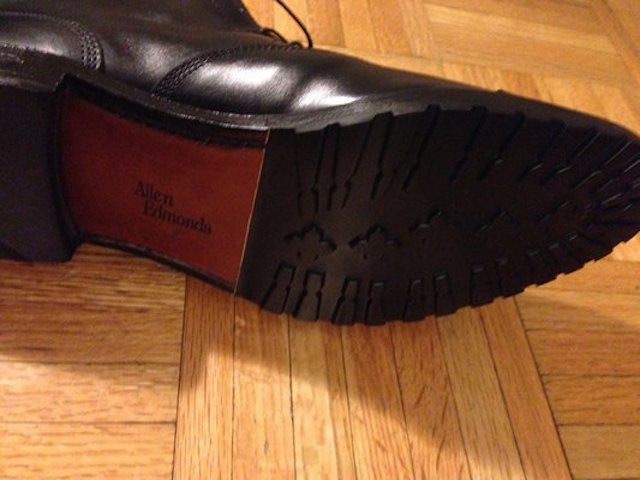 COBBLER EXPRESS SHOE & SHINE: Cobbler Express has been heralded for its exemplary shoe-and-bag work for some time now, and for good reason. Both the downtown and Midtown locations can take shoes that have been ripped to shreds and restore the leather to its former glory at a fair price. Fans say this is the spot to bring your most expensive footwear, since even the priciest, most beloved pair of strappy sandals are safe in these cobblers' hands.