The 10 Best Jukeboxes In NYC

You can talk about the service or beer and shot specials, but one feature that can make or break a dive before you even belly up to the bar is the jukebox. In the wrong hands, today’s Internet-enabled options shine brightly from the corner, tempting patrons with bad taste to cue up some truly awful Top 40.

However, an expertly loaded jukebox has the power to transform even the grimiest of holes in the wall. Whether they’re culled from obscure indie samplers or mined from the depths of a treasured vinyl collection, a good jukebox could put any of your Spotify playlists to shame.

Save up your quarters, and give these 10 of our favorite jukeboxes a spin. 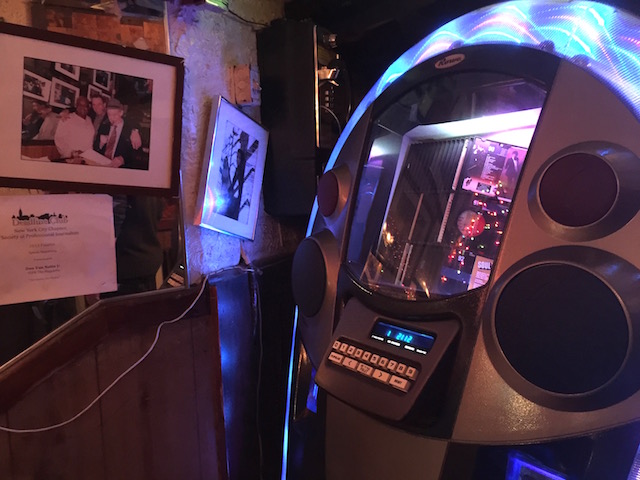 JIMMY’S CORNER: It’s tough to march through the hordes of tourists in Times Square without wanting to punch someone. Instead toss off your gloves and hit up the jukebox in this small slice of New York history. The 45-year-old haven of cheap beer and great tunes was opened by former trainer and friend of Muhammad Ali, Jimmy Glenn. The narrow bar is adorned with loads of boxing history, and its jukebox is stacked with Stax classics, R&B, pop and soul. 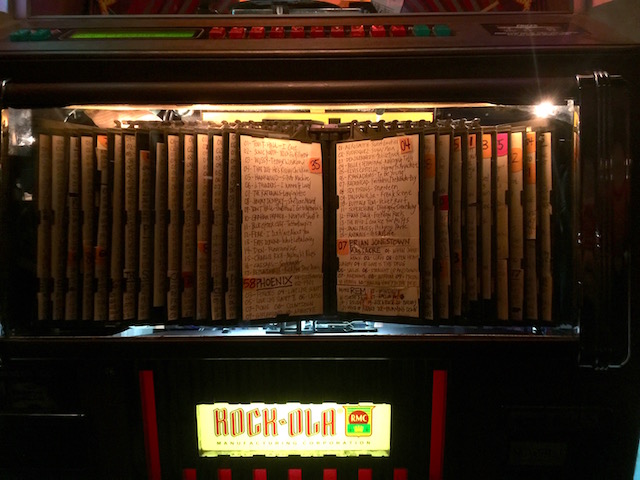 COMMONWEALTH: For a certain cross-section of the older-millennial/Gen-X crowd, there is no greater jukebox in this town than the lovingly curated selection at Commonwealth. The hand-written list of available tracks is an indie-lover’s dream mix, featuring everything from The Stooges, Bowie and Patti Smith to Helium, Yo La Tengo and Archers of Loaf. If you don’t know your T. Rex from your Dinosaur Jr., you can still appreciate a few rounds of pinball or the heaps of free self-serve popcorn beside the bar. 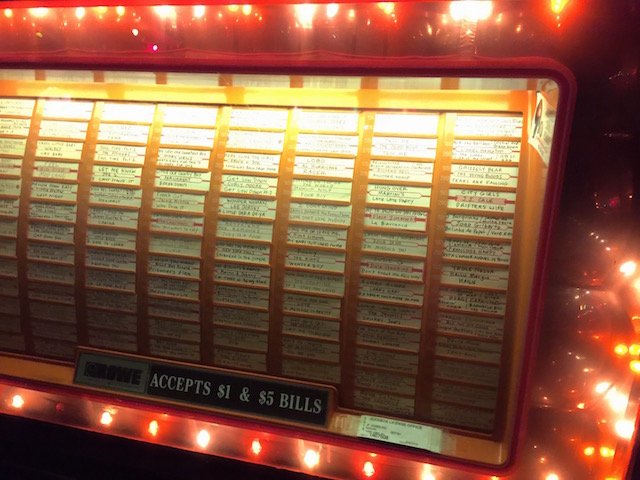 GREAT JONES CAFE: We’re not sure what’s a greater southern comfort at Great Jones Cafe: the exemplary cajun/creole cuisine or the the old-school juke boasting classic rock, zydeco, soul and funk. Chow down on jambalaya to the sweet sounds of Nina Simone, The Ramones and James Brown while sipping on a happy hour half-price pint. 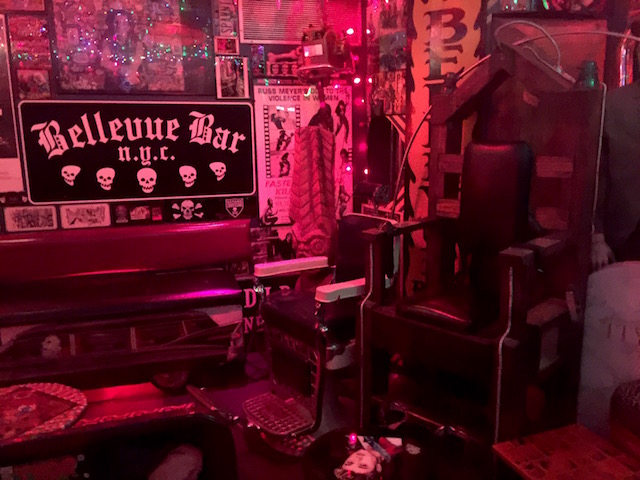 DUFF’S: It’s no surprise that New York’s ultimate metal bar is also home to one of the best hard-rocking jukes as well. Headbang your way through selections from Metallica, AC/DC, Iron Maiden, Slayer, Coheed and Cambria, Manowar, Dismemberment and more. Sure, the place looks like a heavy metal word cloud come to life, but one thing that’s not scary about Duff’s is the friendly server and relaxed crowd. If you’re feeling adventurous, take a spin on the bar’s “Wheel of Misfortune,” where you could “win” free jukebox plays, drinks, 15 minutes in a gimp cage or a “Coney Island whitefish” shot (google it, if you dare).

Duff’s is located at 168 Marcy Avenue between South 5th Street and Broadway in Williamsburg, Brooklyn (718-599-2092, duffsbrooklyn.com). 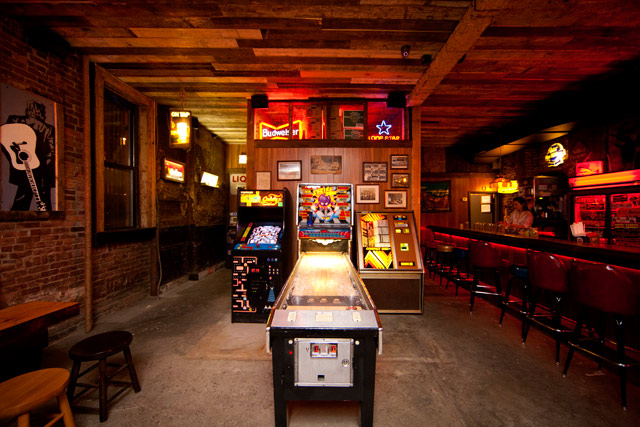 SKINNY DENNIS: There’s something oddly liberating about tossing empty peanut shells on the floor with reckless disregard for decorum (or health codes). Get drunk on that power (and the signature alcoholic frozen coffee cocktail) as you toss your shells about this Williamsburg honky tonk. Then you can cowboy up to the jukebox and fire up some twangy Randy Travis, Dolly Parton or Steve Earle to complete the boot-scootin’ scene. You’ll feel like more of an urban cowboy than Travolta and Joanne-era Gaga combined. 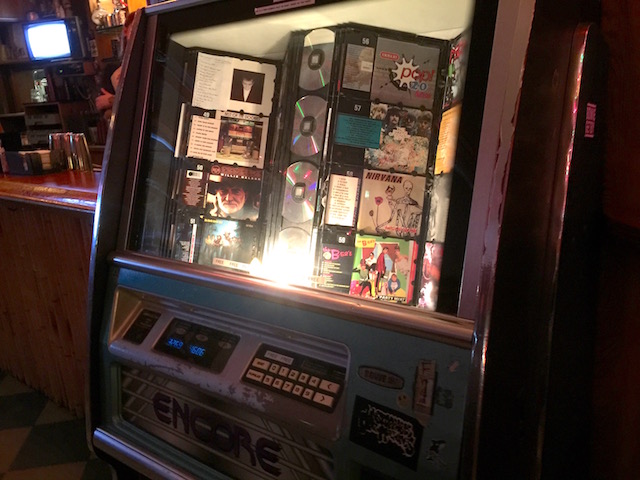 THE RUSTY KNOT: There’s a lot to love about this nautically-themed charmer on the West Side. There’s the A-plus menu (featuring the best damn pretzel dog any drunkard could ask for), the tasty tiki drinks and cheap beer, but the centerpiece has got to be the free jukebox. It’s not exactly the stuff of music snobbery, but the crowd-pleasing mix of ‘70s, ‘80s and ‘90s rock and pop is the perfect complement for that one-too-many Tecate.

The Rusty Knot is located at 425 West Street between Perry Street and West 11th Street in the West Village (212-645-5668, cargocollective.com/therustyknot). 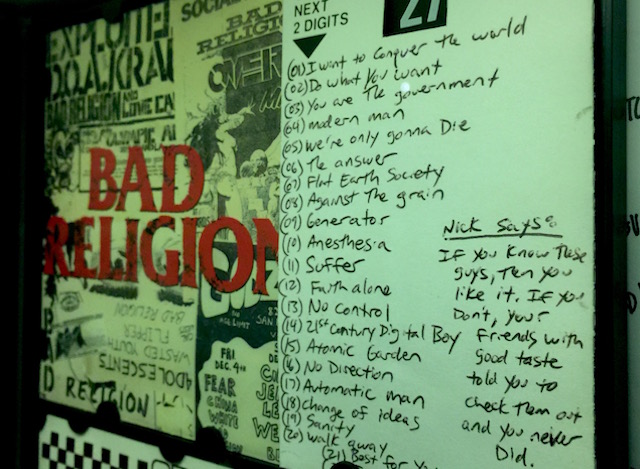 THE LIBRARY: Punk and post-punk reign on the popular jukebox at The Library. If you have a hard time choosing your three plays for a buck, helpful handwritten notes provide a little insight. For example, of LA punk stalwarts Bad Religion the suggestion says: “If you know these guys, then you like it. If you don’t, your friends with good taste told you to check them out and you never did.” You can peruse some of the books on hand while enjoying your picks, or take it as an opportunity to create your own custom score to the horror flicks projected on the back wall. 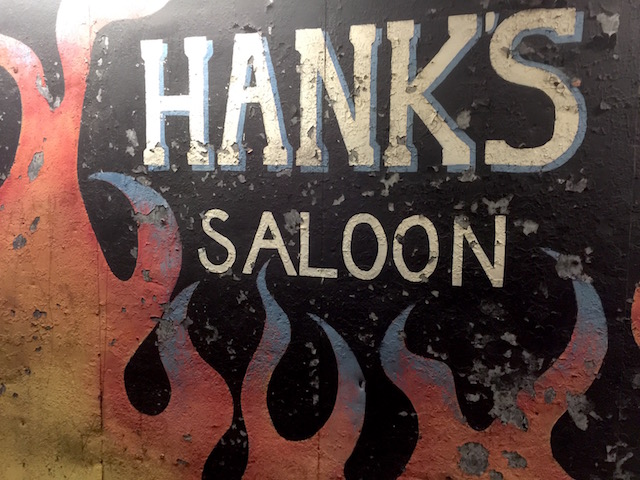 HANK’S SALOON: When there isn't live music rocking the stage in the back, the jukebox in this beloved watering hole is spinning classic country, old-school punk and other tunes for the gritty and grizzled. A dive of the highest order, Hank’s is a no-nonsense place to grab a beer for cheap and shoot pool with zero pretense.

HIFI: Whether or not you consider HiFi’s jukebox the best, its song list is arguably New York’s most unique. The custom jukebox was created by owner Mike Stuto as a labor of love and testament to Brownies, his indie music haven formerly occupying the space (and home to performances from Yeah Yeah Yeahs, Bright Eyes, Ryan Adams, The New Pornographers and more). Despite the digital flourishes (and odd trackball navigation), the juke still maintains the indie cred, adding to the ambience that still attracts some of New York’s most passionate playlist connoisseurs. 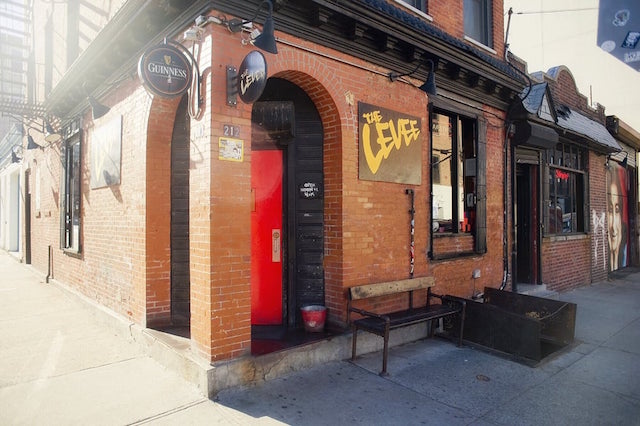 THE LEVEE: What’s your best line of defense against the drunk bachelorette parties and frat bros that now tend to swarm this topnotch dive bar? Crank up some Bikini Kill, X-Ray Spex or Stiff Little Fingers on the jukebox and stuff your face full of complimentary cheeseballs until they shuffle out. If the weather’s nice, move through the back room and make your way out to the patio. It’s the perfect backdrop for a Texas two-step: a shot of tequila and a Lone Star.

The Levee is located at 212 Berry St. between Metropolitan Avenue and North 3rd Street in Williamsburg (718-218-8787, theleveenyc.com).

HONORABLE MENTIONS: Mona’s, Boat Bar, Welcome to the Johnson’s, The Magician, B Side, Sharlene’s.

Bobby Hankinson is a writer and comedian living in Brooklyn. He’s also probably the guy who played Blondie’s “Hanging On the Telephone” on the jukebox. Follow him on Twitter here.