The 10 Best Bookstores In NYC

"A town isn't a town without a bookstore," Neil Gaiman once wrote. Thankfully, New York City has nothing to worry about. Despite the neverending drumbeat of "print is dead" headlines that pepper your newsfeeds, pulp pushers are alive and well here. A handful of bookstores recently popped up in Bushwick since we made our last list, while Queens finally got an independent bookstore of their own, Astoria Bookshop. We've rounded up the ten best bookstores in the city—a contentious endeavor, we know. Leave your favorites in the comments. 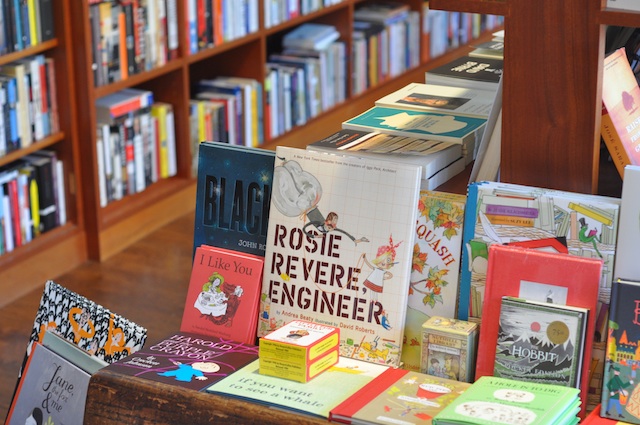 192 BOOKS: This small but glamorous, beautifully-lit shop fits in seamlessly with Chelsea's galleries and fancy stroller shops. Because they specialize in four distinct fields—literary fiction, art, children's books, and translated works—their selection is meticulously curated. If you can't find what you're looking for, chances are their friendly staff will find you the next best thing. The small space is also the perfect location for intimate readings where you'll sometimes find yourself sitting knee-to-knee with the author. 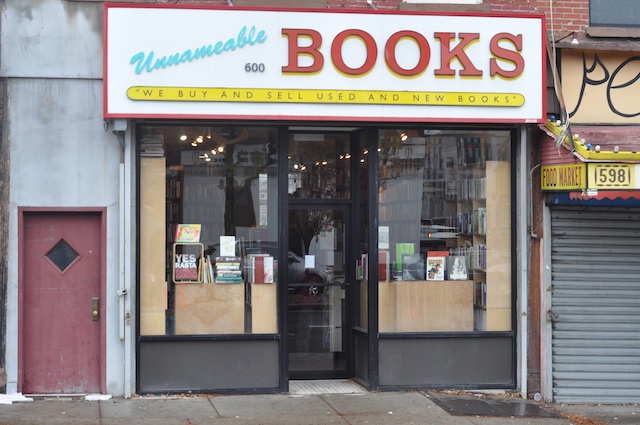 UNNAMEABLE BOOKS: Once immortalized on an Adrian Tomine New Yorker cover, Unnameable Books became the scrappy David to Amazon's big, bad Goliath. But despite a relocation due to rising rent (the store went from being neighbors to a women-friendly sex toy boutique in Park Slope to sharing a street with an artisanal mayonnaise shop in Prospect Heights), Unnameable continues to thrive. Their spookily lit, book-strewn basement has become the go-to place for poetry and small press readings, while its cramped shelves and comfy chairs make it the perfect spot to hole up on a rainy afternoon—something Amazon will never replicate. 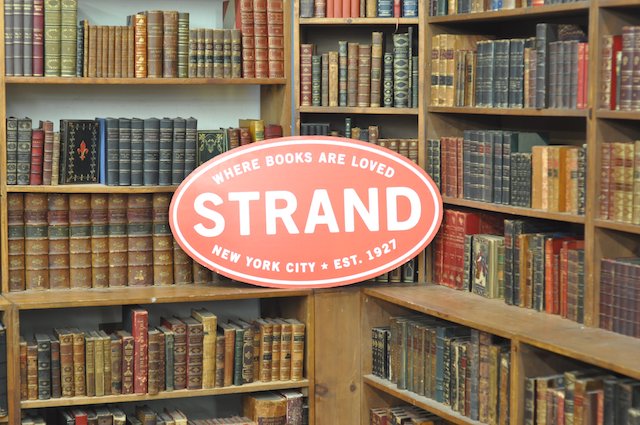 THE STRAND: Though you may roll your eyes at the hordes of tourists in T-shirts emblazoned with its logo, making a list of the city's bookstores without naming the Strand would be sacrilege. Yes, its fame as a totebag emporium and employer of hotties is well-known, but its prices and selection are seldom beat. And there's still the unique thrill of finding a copy of The Grapes of Wrath once belonging to the Rikers Correctional Library in their 49-cent bin. Events in its stunning Rare Book Room give even the most run-of-the-mill readings an air of literary grandeur. 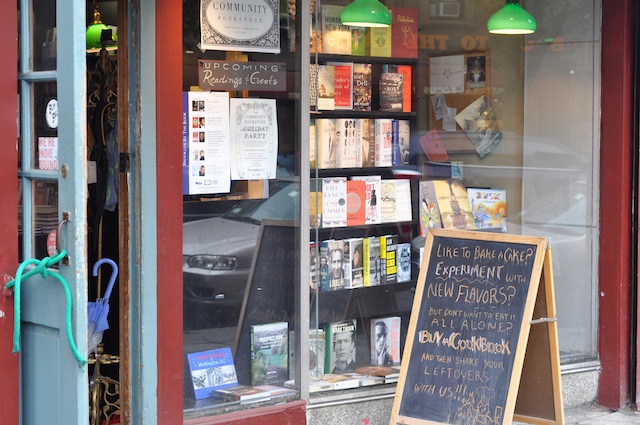 COMMUNITY BOOKSTORE: Once known for its friendly, bookish iguana (R.I.P. Gomez!), Community Bookstore is more than a creature of Park Slope—it can feel like the lodestar of Brooklyn's literary firmament. The shop hosts grand readings at Congregation Beth Elohim and the Brooklyn Public Library with boldfaced names like Donna Tartt, Malcolm Gladwell, Jonathan Safran Foer. It's also one of the few bookstores with a backyard for outdoor reading in the summer.

Community Bookstore is located at 143 Seventh Avenue between Garfield Place and Carroll Street, in Brooklyn (718-783-3075) 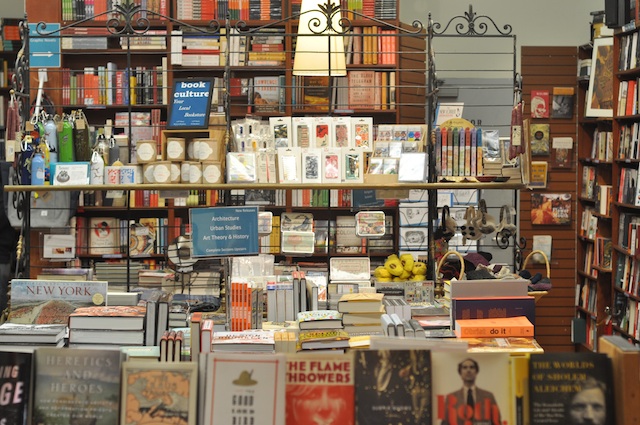 BOOK CULTURE: The Upper West Side's literary standard often finds tourists wandering in after lunch at "the Seinfeld restaurant" across the street. But once inside, it's easy to understand the attraction. Both stores' selections (one on Broadway, the other on 112th street) run the gamut from dependable academic bookstore to whimsical children's bookshop. Its enthusiasm for the written word pervades every square inch—there's even a letter-writing desk with pen and paper (and free postage). 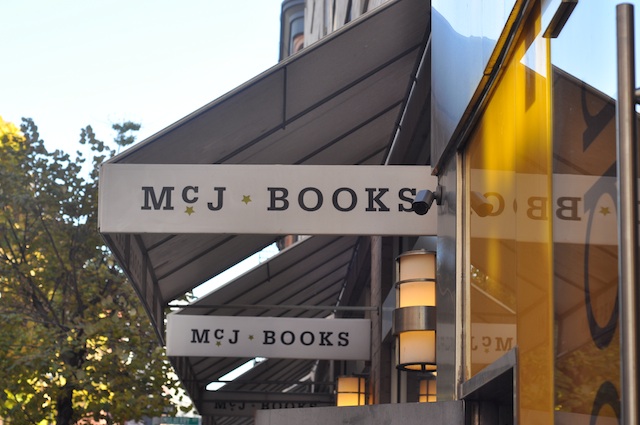 MCNALLY JACKSON: You shouldn't judge a book by its cover, but can you judge a bookstore by its smell? If so, McNally Jackson wins, hands down. Maybe it's the cafe's coffee beans mixed with the aroma of new books, or perhaps it's the heat from their Espresso Book Machine (why buy a book when you can print your own?). Whatever it is, it only adds to the gorgeous store's reputation, rightfully earned by their stellar reading series and impeccable stationary selection. 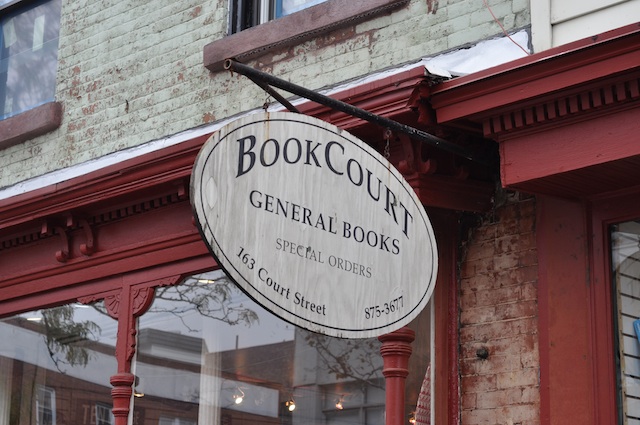 BOOKCOURT: A quick trip to Trader Joe's in Cobble Hill inevitably always ends with an hour-long detour into BookCourt. The family-run store has been around long before Court Street was home to Urban Outfitters and (soon) J.Crew. The small store always has the latest best-sellers and sleeper hits, and its event calendar hosts everyone from local authors to Pulitzer-winners. Make sure you get to their readings early. One Junot Diaz event was so popular, an audience member passed out from the heat and had to be carried out, Pentecostal-revival style. 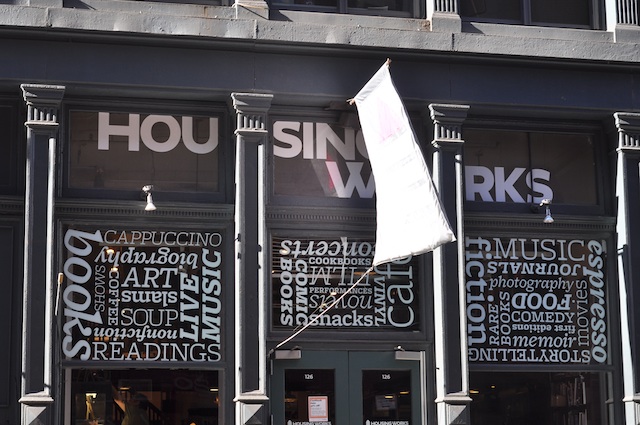 HOUSING WORKS: Few used bookstores can boast that they're beautiful enough to host weddings, but Housing Works does that and more. Their off-kilter events are well-known in the literary world (see: the infamous and raucous Prince dance party), as well as the fact that their entire operation is run by volunteers. They also have regular sales that serious bibliophiles prepare for like a marathon—and it's usually worth it. Besides, where else can you grab a PBR and a muffin and spend the rest of the afternoon with Fitzgerald's entire bibliography? 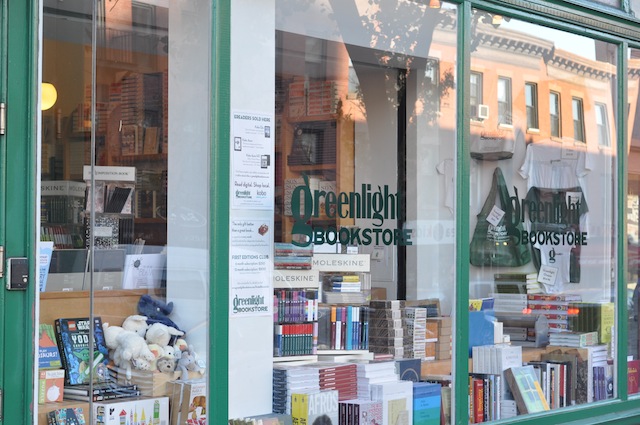 GREENLIGHT: In only four short years, Greenlight has established itself as Fort Greene's literary destination. With its sprawling selection and glorious children's section, it's the oasis the neighborhood had long yearned for. How many other stores can count Jhumpa Lahiri and Hari Kuzru as neighbors and devoted patrons? Don't miss their yearly soiree during the Brooklyn Book Festival, where you may end up dancing with a lampshade on your head with a Nobel Prize winner. 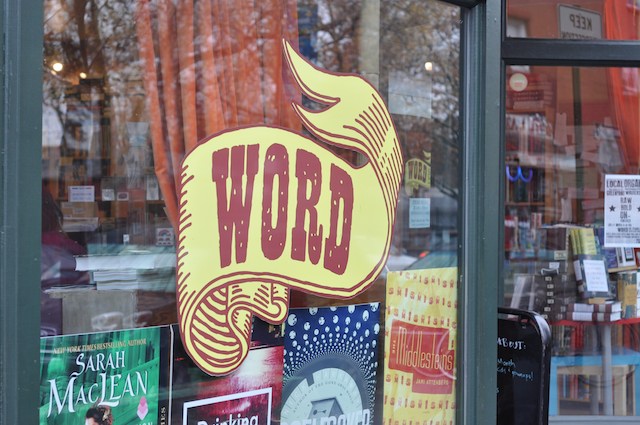 WORD: The impossibly hip denizens of North Brooklyn may deserve their share of scorn, but there's nothing ironic about Word Bookstore, a small shop with a strong personality. Its unadulterated enthusiasm can be seen in its bevy of book clubs and writing groups, its wonderfully homey readings (usually with donuts from the nearby Peter Pan Bakery), and its "Between the Covers" Book Matchmaking service. They're also on the verge of opening a branch in Jersey City.

Kate Gavino is a freelance writer living in Brooklyn and the creator of the blog, Last Night's Reading.