Currently Sol LeWitt's manipulated aerial shot of New York City, called "Part of Manhattan with Central Park, Rockefeller Center and Lincoln Center removed," is over in San Francisco... but that doesn't mean we can revisit it from a distance. LeWitt didn't take this photograph himself, he contributed by cutting out three of Manhattan's most famous landmarks at the time. (According to Artlog, his “cut-outs from the 1970s began with commercially made aerial photographs of cities important to the artist, especially New York and Florence. In [this one] he excised with a mat knife three Manhattan landmarks, resulting in a jarring photographic object that prompts the viewer to reconsider the materiality of an urban landscape."

This altered photograph was unveiled in 1978. What do you think he would remove today? Give it a shot yourself (after that you can recreate his wall drawings): 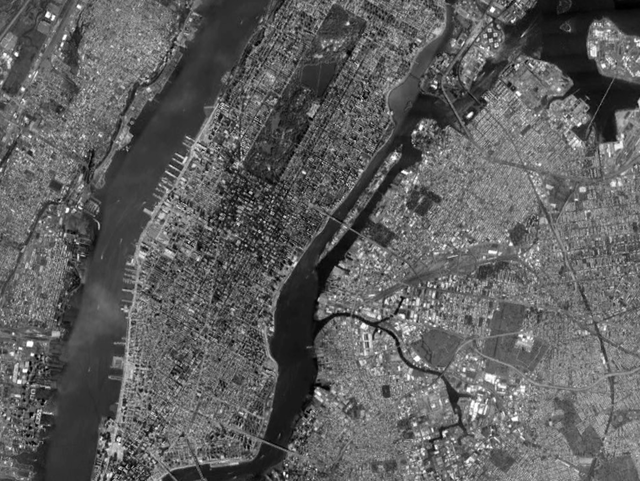 #aerial
#art
#diy
#Part of Manhattan
#photograph
#Sol Lewitt
#view
Do you know the scoop? Comment below or Send us a Tip