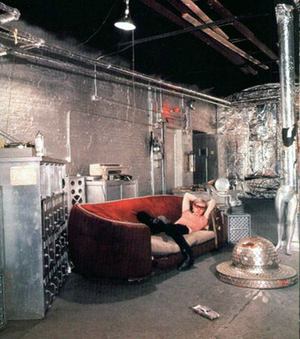 Andy Warhol operated out of his original Midtown Manhattan studio from 1962 to 1968, which was more famously known as The Factory. (There were two other Factory locations later). He was on the fourth floor of the building, located at 231 East 47th Street (it's no longer there), and his rent was "only about one hundred dollars a year." But ELK Realty had a little problem with their tenant, and in November of 1965 Warhol received this warning letter:

We have been advised that you have been giving parties in the fourth floor space occupied by you. We understand that they are generally large parties and are held after usual office hours. We have found that your guests have left debris and litter in the public areas which you have never bothered to clean. Further, we feel that a congregation of the number of people such as you have had may be contrary to various applicable governmental rules and regulations and also might present a serious problem with the Fire Department regulations.

Your lease, of course, does not permit such use and occupancy and you hereby directed not to have any such parties in this building.

As Letters of Note points out, those guests included the likes of Jagger, Dylan, Capote, Ginsberg, Dali, Morrison, and Burroughs, amongst many, many others. And it looks like they got to keep the good times going until 1968, when Warhol moved The Factory to to the sixth floor of the Decker Building, at 33 Union Square West.

Here's the original letter, which was printed in The Velvet Underground: New York Art: 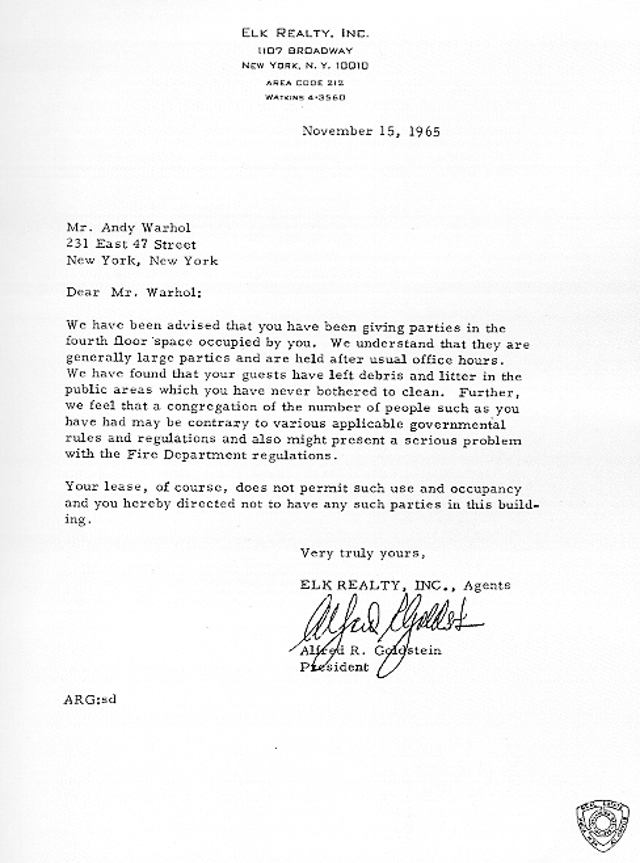 #andy warhol
#letter
#midtown
#parties
#real estate
#The Factory
#warning
Do you know the scoop? Comment below or Send us a Tip