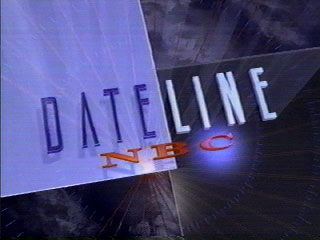 Dateline’s "To Catch a Predator" is generating more trouble for NBC. First it was a federal lawsuit against the network by the family of Bill Conradt, one of the people who was caught in the show sting operation and committed suicide as a result. Then came a lawsuit from a producer who was fired because she had some ethical qualms over the series of shows. That was followed by an article in Esquire that takes a look at the show’s practices, and its dealings with law enforcement, with a focus on that suicide. Now a rival network newsmagazine, ABC’s 20/20, is taking aim at NBC’s Dateline.

We have always doubted the journalistic value and practices of these "To Catch a Predator" specials, but we just dismissed them as sensationalism designed to get ratings. True it gets some reveals some bad people, but it does raise some questions, especially in light of the show’s history. In 1993 producers rigged an investigative report on General Motors pickup trucks which resulted in a lawsuit and an on air apology. Then a few weeks ago the was the show’s attempt to send a mole to this years DefCon hackers conference. Ironically, the NBC mole, Michelle Madigan, was outted in a way similar way to the "To Catch a Predator" shows.

Merv Will Live On
Merv Griffin's last television project Merv Griffin's Crosswords will air locally starting September 10 on WNBC. We don’t know if it will meet the same success and long life as his other game show creations Wheel of Fortune and Jeopardy, but given his track record we can expect something good.

Today’s Fourth Hour Hosts
The fourth hour of NBC’s Today Show will have Ann Curry, Natalie Morales and Hoda Kotb hosting when it expands in a few weeks. Meredith Vieira and Matt Lauer won’t have a role in the additional hour and Vieira has a non-compete clause where she cannot appear against the syndicated version of Who Wants to Be a Millionaire that airs in the timeslot in some markets.

MySpace for Fox Affils
Fox has announced that its division which runs MySpace, Fox Interactive Media, will be handling the websites of the television network’s affiliates. The MyFOX branding is already being used by Fox’s owned and operated stations like WNYW here in New York.

Treasure Pilot
CBS has committed to a drama pilot from Jerry Bruckheimer, who has several shows on the network, about a treasure hunting former Navy SEAL who just happens to be an archaeologist. Hopefully it is better than it sounds.

Beauty Pageant Moves
The increasingly less relevant Miss America pageant has now moved to an even less relevant cable network. After airing on CMT, TLC, the network formerly known as The Learning Channel, picked up the rights until 2010 along with a contest related reality show.

More New Faces at WCBS
Lauren Petterson joins CBS 2 as the executive producer of the 11 p.m. newscast effective September 3. She joins the station from the Fox News Channel where she senior producer of Fox and Friends. Petterson has local experience working in a similar role for WPIX’s morning newscast and as a producer for WCBS and WNBC.

In Channel 7 Maternity News. . .
WABC's Liz Cho returns from maternity leave with a special Sharing Our Future: Asia Society tomorrow at 7:30 p.m. She is expected to return to the anchor desk on September 4. In other maternity related news at the station, reporter Nina Pineda gave birth on August 10th to a daughter,Tea de Soriano Kisala.