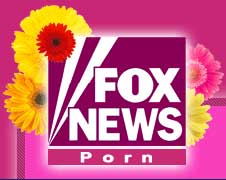 In somewhat related Fox News news, publisher Judith Regan is suing her former employer NewsCorp, The suit alleges that subsidiary Fox News set out destroy her reputation since she knew too much about her former boyfriend Bernie Kerik who company executives asked her to keep quiet and lie about him and states "This smear campaign was necessary to advance News Corp.'s political agenda, which has long centered on protecting Rudy Giuliani's presidential ambitions."

Rather Paranoid?
Thursday, CBS filed a motion in the New York State Supreme Court, New York County to dismiss the lawsuit that former CBS anchorman Dan Rather filed against the network that charged they violated his contract by not giving him enough airtime and the investigation into the scandal caused by his report on George W. Bush’s National Guard service was biased and his apology was written by a CBS PR person. A CBS spokesperson told the Times, “CBS and its executives are not now, and never have been, out to get Dan Rather.” A spokesperson for Rather said in a statement released Thursday, “It is unfortunate that CBS is trying to delay discovery of the facts and a trial of Dan’s claims. We are confident the court will reject these tactics and allow the case to go forward.” We wonder if they will use the video of Rather spending twenty minutes deciding if he should wear a trench coat to bolster their argument.

WGA Strike Effects Late Night Ratings
The Writers Guild of America strike gave ABC News’ Nightline a ratings boost (up about 300,000) last week while the late night shows that rely on writers were purging many viewers, with one exception – The Late Show with David Letterman. The repeats of the Midtown based talk show won the late night race last week.

Letterman’s production company World Wide Pants will be paying the salaries of staffers for the two late night talk shows it produces, The Late show and The Late Late Show.

Long Strike? Expect More Fakeality
With the writers strike having the potential to drag on, the current crop of scripts drying up and the lack of any outside the box thinking that gave us a new version of Mission Impossible that reshot old scripts and Fox’s Cops during the last WGA strike in 1988. The only germ of a good idea which has surfaced so far is that NBC is said to be looking into broadcasting the British version of The Office.

Since “reality” shows (or more accurately fakeality shows) don’t have unionized writers since they are theoretically not scripted programs, we will undoubtedly be seeing more of them. CBS’ Big Brother is having two casting calls in the next few weeks in the city (including one tomorrow) and is expected to be a midseason replacement instead of a summer show if the strike lingers. Plus, we can expect to see the O. J. Simpson trial, since it is being held in camera in the courtroom friendly Nevada.

Imus To Return To TV
Controversial radio talk show host Don Imus who will be returning to radio on WABC-AM on December 3rd will also be returning to television with his show being simulcast by an obscure cable network called RFD-TV as part of a five year deal. The network which bills itself as “Rural America's Most Important Network” and has programs about topics such as animal husbandry and tractors along with country music, is primarily seen in more rural areas, and appears not to be on any cable systems in the Tri-State area, but is available to Dish Network and DirecTV subscribers.

Ford For WPIX
James Ford who has been working freelance for WPIX since February has been picked up full time by the station. He'll be on the CW Morning News as a general assignment reporter