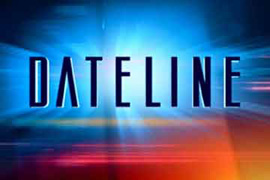 Former NBC News reporter John Hockenberry now a Distinguished Fellow at the Massachusetts Institute of Technology's Media Lab writes an interesting piece in the January/February Issue of Technology Review about his time at the network’s Dateline NBC. He claims that Dateline really cared about ratings and how it would mesh with the other shows on the NBC schedule. None of this is really a shock, nor is his tale of how a proposal to go to the Middle East to report about al-Qaida just days after 9-11 was nixed by Jeff Zucker (then NBC Entertainment President) who wanted a something “Like the show Cops, only with firefighters.”

The most interesting thing he has to say is about the GE management and some of the tales of the implementation of the Six Sigma thinking and dealings with GE sound like they are straight out of a script of 30 Rock:

While Six Sigma's goal-oriented blather and obsession with measuring everything was jarring, it was also weirdly familiar, inasmuch as it was strikingly reminiscent of my college Maoism I class. Mao seemed to be a good model for Jack Welch and his Six Sigma foot soldiers; Six Sigma's "Champions" and "Black Belts" were Mao's "Cadres" and "Squad Leaders."

Finding such comparisons was how I kept from slipping into a coma during dozens of NBC employee training sessions where we were told not to march in political demonstrations of any kind, not to take gifts from anyone, and not to give gifts to anyone. At mandatory, hours-long "ethics training" meetings we would watch in-house videos that brought all the drama and depth of a driver's-education film to stories of smiling, swaggering employees (bad) who bought cases of wine for business associates on their expense accounts, while the thoughtful, cautious employees (good) never picked up a check, but volunteered to stay at the Red Roof Inn in pursuit of "shareholder value."

Given the several rounds of budget cuts and redirection across the board at NBC along with Dateline’s ratings bonanza with To Catch a Predator, Hockenberry seems to ring true.