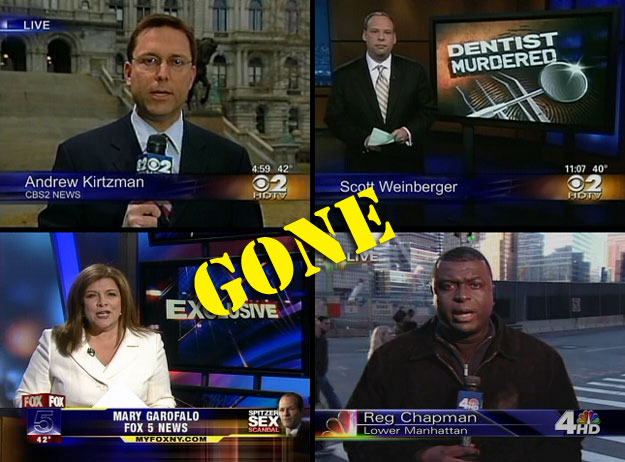 WNBC’s newscast rebranding (back to "News 4 New York") was not the only change this week for the station. Vickie Burn, from NBC's DC affiliate WRC, is the new Vice President of News & Content aka news director, replacing Dan Forman. (The rebranding was just coincidental, according to the station.)

Rumor has it that WNYW will get a new news director as well: Dianne Doctor, former news director at WNBC and WCBS. She is expected to start very soon, rejoining Lew Leone, who was her general manager at WCBS and holds the same post at Channel 5.

Kirtzman is probably the biggest loss, since he is one of the city's best best political reporters since his days at NY1. Given this is an election year (his election blog was pulled from WCBS), it seems odd to get rid of a star of local political journalism but this is what happens when accountants make the decisions, like the NBC 2.0 budget cuts that hampered WNBC. No doubt he’ll get snatched up by another station soon.