Tekserve's Legendary Vintage Mac Museum Could Be Yours 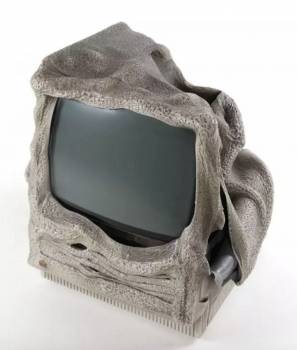 A melted Mac is also on the block.

The beloved Apple store Tekserve on West 23rd Street has just closed its doors, and its legendary Mac Museum needs a new home. The vintage Mac collection is impressive, and it's now on the auction block—from the listing:

The collection was valued around $14,000, but at press time the bid is already double that. The auction ends August 23rd, and also includes other items from the store, like typewriters and a 5-cent Coca-Cola machine.

The shop has been in business since 1987 and, as Cult of Mac notes was founded by Dick Demenus and David Lerner—it "became the go-to repair store for early Mac fans because of its fast, affordable service. It grew to be the largest independent Apple reseller and service provider in the U.S." Maybe you remember it from Sex and the City?

You can view the full collection of items on the auction block here.