Swimming Pools & A Spa May Be Coming To Governors Island

It looks like Governors Island is the next serene space to be overdeveloped, just like the adjacent Brooklyn Bridge Park. Last night the Landmarks Preservation Commission voted yes to develop buildings 111, 112, and 114, along with the surrounding land. The goal? To build a 78,000-square-foot QC Terme European hydro therapy day spa, which will include three outdoor pools. This proposal has been bouncing around for years, but it looks like it's finally moving forward. 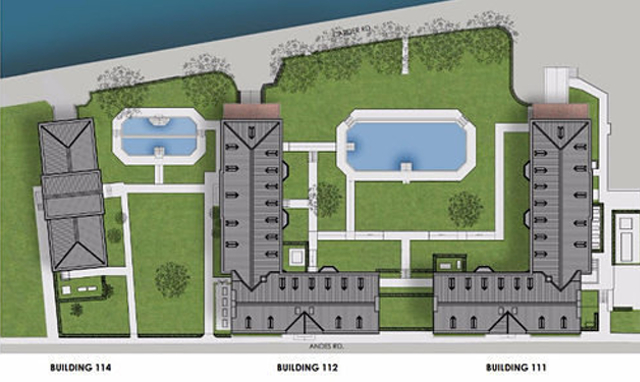 "For an 'affordable' admission price, patrons will have access to several different spa facilities and services for one entire day, with an on-site restaurant and specific services like massages costing extra. 'It's not going to be one of the super luxurious places that the city has plenty of,' said Stefano Farsura, principal of the Colonnade Group, 'but it will have one of the best views in New York.' The most drastic change proposed in the application is the installation of three pools (two are adjoined). Most other changes will be small cosmetic or functional improvements."

As for that "affordable," previous reports have noted it may be around $60 or $70 per day. 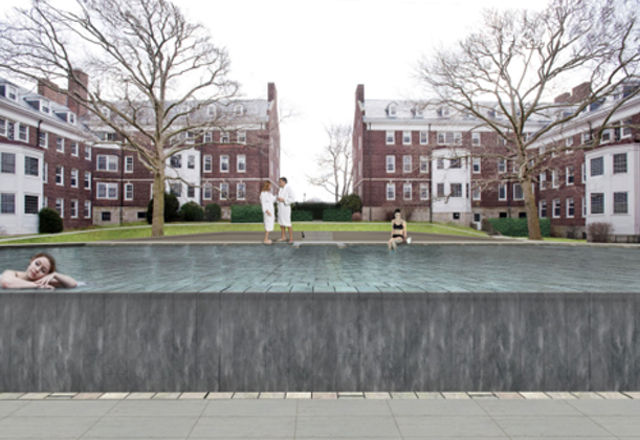 And here's some good news: the spa is part of a plan to make Governors Island a year-round destination—currently it is only open from May through September.