Subway Seats Are For Tools, Cool Commuters Keep It Real On The Floor

(Photo by Rachel B.)

Hey girl, it's been a rough day... week, month, year, life. Take a load off. Screw the conventionality of seats. Be your own you. You want to sit on the floor? Fine. You know what's been on that floor, right? Sweetie, get up from the floor. You'll catch your death down there. Go home, light some candles, fill the bathtub with Purell and bleach, and read some old Judith Martin columns while your clothes burn in the kitchen sink.

This young woman, who appears to be wearing a power tiara, was spotted on the 1 train on Sunday. As our tipster points out, "Not only is she sitting on the floor, but she is also taking up two seats with her bags." She is also leaning on the pole. She adds that the young woman "was still like that when I left the train several stops later while the train was filling up around her and people couldn't sit, walk by, or stand in that spot." 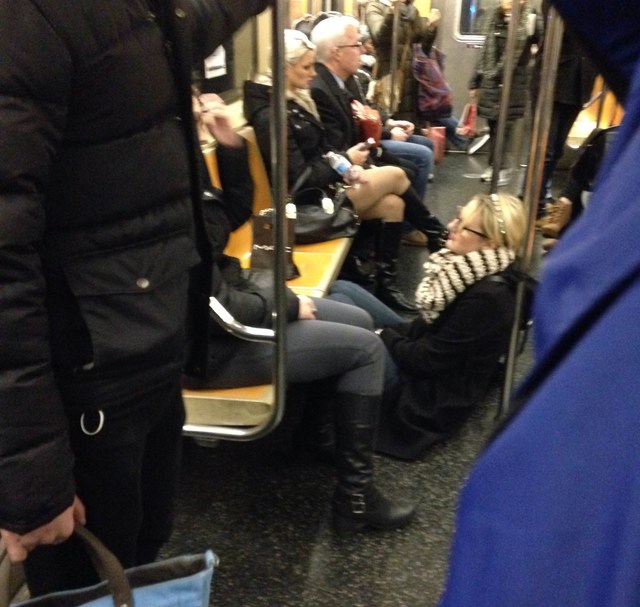 (Photo by Rachel B.)

Our tipster also tells us she did not appear drunk, so this bad subway etiquette was brought to you by... sobriety.

#subway etiquette
#subway floor
#original
Do you know the scoop? Comment below or Send us a Tip