These things will make you believe in love, says Science.

Some new research to be published in Psychology of Popular Media Culture shows that people who watch rom coms are just setting themselves up for disappointment. Probably! More specifically, they "tend to have stronger beliefs in romantic idealism." You know, they believe in love, unlike you people watching documentaries or bad Nic Cage movies or whatever.

According to NY Mag, romantic reality television was also wrapped up in these results, meaning people who watch The Bachelor still don't know it's scripted or starring empty, vapid people who will do anything to be on television. And if this kind of ignorance is bliss, then laugh tracks are the remedy... 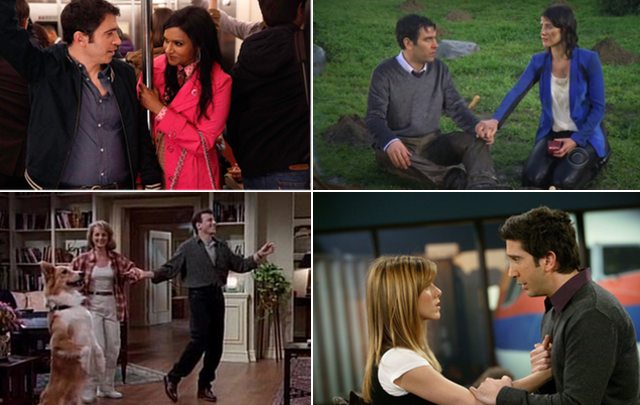 These things will make you cynical about love, says Science.

Another part of this study, held by researchers at the University of Michigan, showed that sitcom fans fell on the other side of the spectrum, and rarely believe in true love, romance, soul mates, or love at first sight. Damn, sitcom fans, go watch You've Got Mail.

Either way, whether you suffer from Rom Com Brain or not, one thing is absolutely certain: we are all dying alone.

#love
#research
#rom com brain
#rom coms
#sitcoms
#study
Do you know the scoop? Comment below or Send us a Tip