Studio B Blames Patrons for Problems 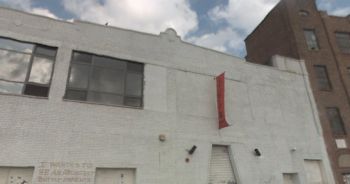 Studio B has been met with some serious opposition in their Greenpoint neighborhood, and this week they'll be meeting with Community Board 1 to discuss their cabaret license, or lack thereof (they've been operating without one for two years).

While neighborhood blogs have been documenting the club's presence, much to the dismay of the people who run it, The Brooklyn Paper now steps in to give the issue some ink -- and they report that the club is blaming the patrons for all their problems! At the last CB1 meeting, held earlier this month, community members complained about "public urination, litter and trash, and loud and obnoxious behavior in the middle of the night,” but now "Ken Fisher — Studio B’s lawyer and a well-connected former Councilman — said that fingers should be pointed at the clubgoers, not the club."

The recent addition of a roof deck, which the club hasn't had permits to actually build (but has appeared and opened nonetheless) also has some neighbors up in arms. One declared: “I don’t have a problem with there being a nightclub there; I just I want to be able to sit in my garden and have a beer with friends and not have to hear every noise from in there. They need to be more respectful to the fact that they have neighbors on three sides.”

One local calls the venue out for misbehaving, not for any of the above reasons -- but for placing blame on the patrons of the club. The next CB1 meeting regarding Studio B's cabaret license will take place this Thursday at 435 Graham Avenue.

#brooklyn
#cabaret license
#cb1
#club
#greenpoint
#meeting
#neighbors
#studio b
#venue
Do you know the scoop? Comment below or Send us a Tip