It's Fleetwood Mac Week in New York City, even if De Blasio hasn't made it official (he's more of a Stones man, we hear). The band (complete again with the return of Christine McVie) has played some shows at Madison Square Garden, woke up Midtown with an early morning set on the Today Show, and last night Stevie Nicks was in attendance at the opening of her self portrait show on Mulberry Street. 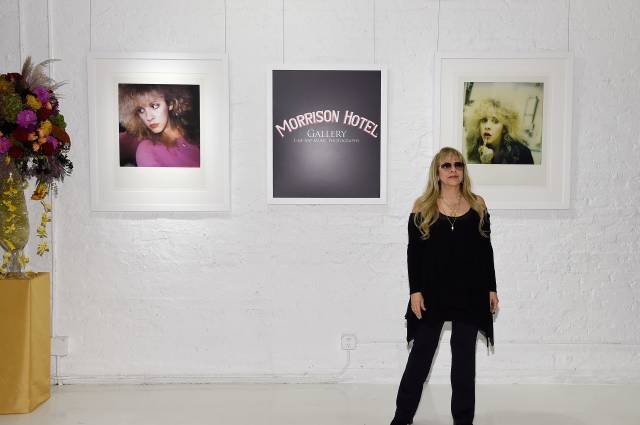 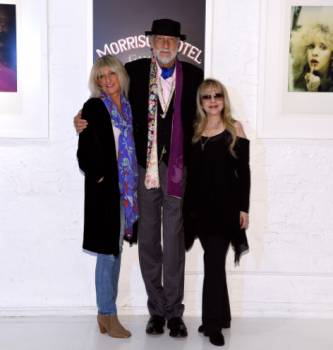 The stark white gallery is adorned with a few elaborate vases holding flowers, and massive prints of Nicks's selfies, which she took in the 1970s and 1980s. She has said (and this is printed on the wall in the gallery):

"Some people don't sleep at night—I am one of those people. These pictures were taken long after everyone had gone to bed—I would begin after midnight and go until 4 or 5 in the morning. I stopped at sunrise, like a vampire... I never really thought anyone would ever see these pictures, they went into shoeboxes, where they remained. I did everything—I was the stylist, the makeup artist, the furniture mover, the lighting director It was my joy—I was the model..."

All of the photos were taken on a Polaroid camera, and Nicks explained, "I had a long cord that plugged into the Polaroid, and I put it on a tripod. I would sit with the button in my hand so that I could be completely dressed in a long white gown with red lipstick and big hair... I usually had to take about 12 shots until I got it just right. Lots of times I'd run out of film and I would send people out to buy me film in the middle of the night. I was doing this forever and I didn't stop until Polaroids were almost impossible to use because they all eventually broke down and we couldn't find film anywhere." 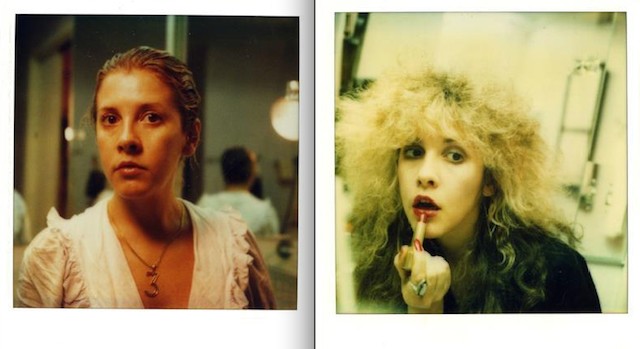 The opening party last night (where she was joined by Christine McVie and Mick Fleetwood) was also in celebration of her new solo album, which shares a name with the show, called 24 Karat Gold. Both the album and the show are now available to all—the exhibit is currently at 201 Mulberry Street, through tomorrow (open 11 a.m. to 7 p.m. both days). After that, the Morrisson Hotel Gallery is moving it to their Loft at 116 Prince Street, where it will stay through October. Prints are for sale... but they start at $2,500.