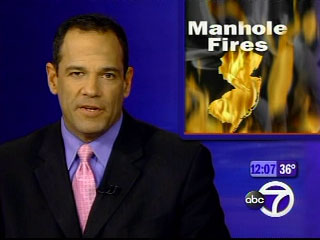 Back in March, WABC anchor Steve Bartelstein was fired from the morning and noon local newscasts after a series of incidents, including arguing with co-anchor and missing broadcasts. In today’s Post, Bartelstein, now freed from contractual restrictions about speaking out, tells Cindy Adams that he has been suffering from testicular cancer and is undergoing treatments.

He told the Post columnist, “Doctors say this had long been in my system. I'm not one to complain nor say anything disparaging. But it's possible my weariness at work was the result of this illness. I'd been showing extreme fatigue for a period of time. Even while I was still on-air, my mother said, 'I notice you're lethargic these days.' "

He does hope to be back on air, even if hairless from cancer treatments, and said that CBS made overtures to him on the day he was fired.