Stephen Colbert has been celebrating StePhest Colbchella '011 all week, with musical guests ranging from Bon Iver to Talib Kweli to Florence and the Machine. The biggest highlight of the week was Colbert's multi-part interview with Jack White, which led to Colbert's rock and roll comeback single, "Charlene II (I'm Over You)." And you can pick up the single today directly from Colbert and White at the High Line!

White's Third Man Rolling Record Store will park itself at The Lot at The High Line, located at W. 30th St. and 10th Ave., later this morning. "The Rolling Record Store opens at 11 and the jams get kicked out soon after," according to Third Man. Colbert tweeted that the new song, a sequel to his 80s smash "Charlene (I'm Right Behind You)", has inspired him to new heights of rockdom: "Jack White, you've awoken my inner rock phoenix. I promise you I will flame out in glory only to be reborn from the ashes of a Kidz Bop CD."

Below, you can check out Colbert performing the song with the Black Belles, a backstage video of Colbert shooting the cover of the single, and his lost cat flyer: 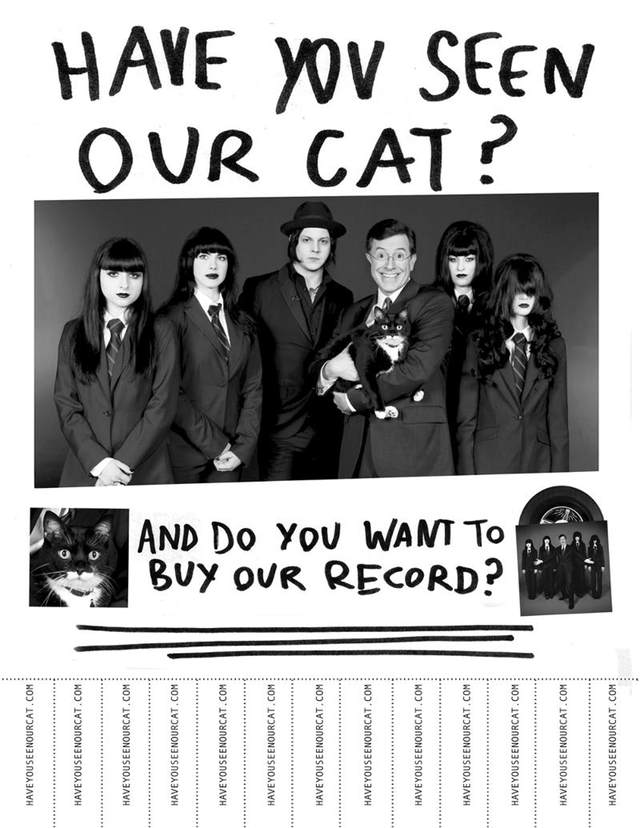 #charlene
#high line
#jack white
#stephen colbert
Do you know the scoop? Comment below or Send us a Tip