Step Inside Bob Dylan's Former Townhouse, Now On The Market For $3.7 Million

6sqft picked up the listing, noting that the Strivers’ Row home is landmarked, and was built in the early 1900s.

The home features a butler's pantry with its own staircase, five bedrooms, six original decorative mantel fireplaces, a carriage house (currently used as a garage), a patio, and we're sorry to inform you: a Juliet balcony—the worst kind of balcony. A cruel joke. However, it also comes with the essence of Bob Dylan, and a whole lot of history that came before him. 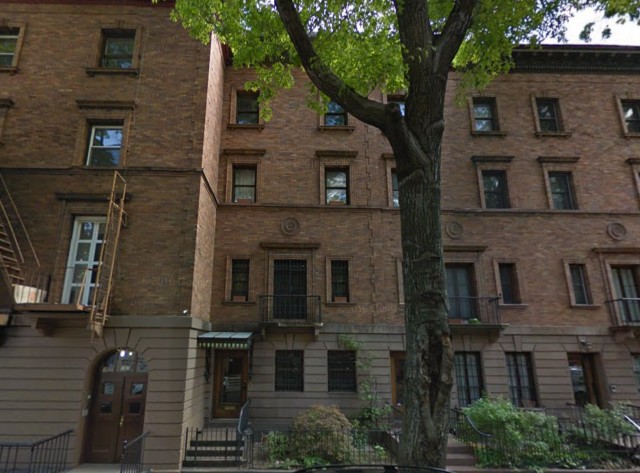 A few years ago Untapped Cities revisited the Strivers' Row area, and noted that it was originally "dreamed up by developer David King during the turn of the century." This particular row of townhouses were originally called King Model Houses and intended for the upper-middle class. Three different architects were commissioned for the homes, and Dylan's was designed by Stanford White of McKim, Mead and White.

White, who was famed in New York both for practically inventing the American facade (his firm also designed the Astor, Vanderbilt, and Tiffany mansions, the Judson Memorial Church, the Century and Metropolitan Clubs, the Washington Square Arch, the second Madison Square Garden, and one of the additions to the Met), and for leading a rather scandalous private life, arguably contributed the most, design-wise, to the King Model Houses project. Not only did he come up with the unique back-to-back layout of the houses, which allowed the residents to share a rear courtyard and the back alleyways that allowed for the discreet stabling of horses and delivery of supplies, but he was also responsible for the beautiful gateways and arches that once stood at the entrances to the rear courtyards.

The development failed at the time, and Untapped Cities points out that "part of the problem in selling the houses was... the company’s blatant refusal to sell to affluent black individuals, who desired the 'forbidden' townhouses and had the money to pay for them. As a result, the houses sat empty until 1919, when the company finally allowed black ownership; soon, many of NYC’s African American elite had purchased a Royal King House for $8,000 each."

You can see the full listing here.