In a city where some neighborhoods have changed radically in just a decade, it should come as no surprise that today's New York doesn't look much like the New Amsterdam of the seventeenth century. But you can look back at the NYC of yore (and get a glimpse at its future) at the Museum of the City of New York's new exhibition, "New York At Its Core," which explores the 400-plus-year history of the city, its people, and the hundreds of transformations that made New York what it is today. And to celebrate the opening next month, the museum is offering a 32-hour activity marathon, so you can spend a whole night with Old NYC if you wish.

When it opens on November 18th, the exhibition will be part of MCNY's permanent collection, featuring more than 400 objects including a guest list from Studio 54, a cocktail shaker and cup made by Tiffany & Co. during Prohibition, and a baseball signed by the Brooklyn Dodgers in 1954. Three interactive galleries—Port City, 1609 - 1898—World City, 1898 - 2012; and Future City Lab—let visitors wander through New York's past, present, and (possible) future. 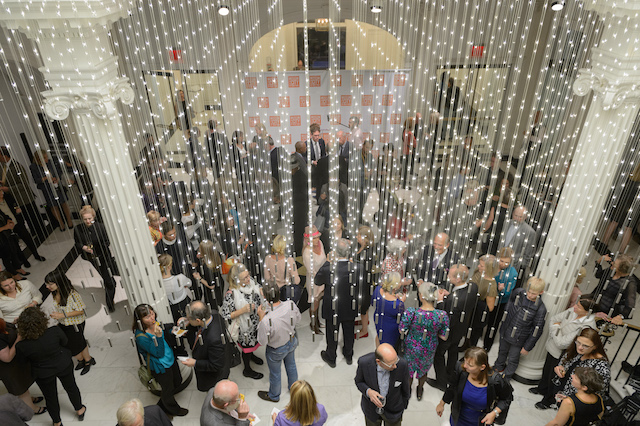 (Filip Wolak / Museum of the City of New York)

On November 19th, MCNY is hosting "Gotham Groove: 32 Hours of Nonstop NYC", a weekend-long tribute to New York City and celebration of the exhibition with events including a silent disco featuring classic partner dancing, '70s and '80s club hits, and contemporary music; a midnight movie marathon with NYC-centric films including Saturday Night Fever and King Kong; a Sunday morning Gospel choir; an afternoon salsa lesson, and more. Admission to most of the events is free with advance registration, but a few (including the silent disco and movie marathon) require tickets.

New York At Its Core opens on Friday, November 18th and will be part of the Museum of the City of New York's permanent collection.

#gotham groove
#museum of the city of new york
Do you know the scoop? Comment below or Send us a Tip