Staten Island Will Rock the Harbor 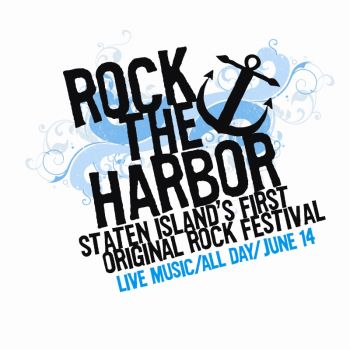 In a couple of weeks Staten Island will hold its very own music festival called Rock the Harbor, something Brooklyn Vegan posted about this week -- instantly sparking a lot of "discussion" about the borough ("Does everyone have to tan and work out before the show?" etc). With Manhattanites trying to pawn SI off on Jersey, and Jerseyites rejecting it, it was only a matter of time before Staten Island Advance caught wind of the fightin' words, noting that "battle lines were drawn." One of the promoters of the show also chimed in, saying, in part:

We actually have a lot more to offer on Staten Island aside from what you may have seen on True Life: I'm a Staten Island Girl. Not all of us say 'Bro', not all of us are mobbed up, and not all of us have no idea about the arts or culture. We actually have quite a few beautiful attractions, but I'll save the tourism chat for another time. The whole point of Rock the Harbor was to shine a light on a music scene that is slowly gaining some steam. There's all sorts of bands on this lineup from straight up indie, to shoegaze, to punk, to pop, to bluegrass, we have a bit of everything and are planning on hosting this event with a completely open mind.

And is the commute really much worse than getting out to the Siren Fest on Coney Island, which swarms with hipsters every year?

#commenters
#concert
#festival
#Rock the Harbor
#si
#staten island
Do you know the scoop? Comment below or Send us a Tip