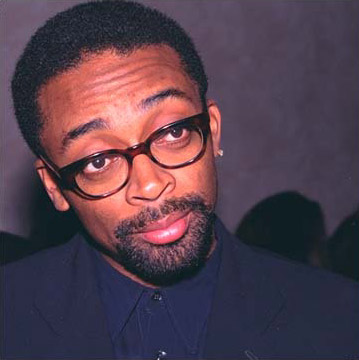 In advance of an official press conference at The Palace Theater today, The Times and The Post have reported that Spike Lee will be make his Broadway debut next spring with the 1951 play Stalag 17; a dramedy about camaraderie and betrayal between American airmen stuck in a German P.O.W camp (later made into a film by Billy Wilder.) Sources say that Clive Owen will once again be Spike’s inside man on the project. (Though Mark Wahlberg is also in the running.)

But don’t call it a revival; producer Michael Abbot – who produced the original off-Broadway premiere back in the fifties – insists the play’s going to be revised, not just revived. Lee will be working with Donald Bevan – the 87-year-old surviving half of the duo who wrote the original – to inject “more profanity than appears in the script and, perhaps, hints that the relationships between prisoners of war could at times be intimate more than just collegial.” Blogger Aaron Riccio is “offended” and “up in arms” over what he sees as just more of Broadway’s “off-the-mark gimmickry.”

In other celebrity-stage news, The West Wing scribe Aaron Sorkin will see his play, The Farnsworth Invention, produced in Broadway on November. The show, with a score by Andrew Lippa (The Wild Party), was originally a film script that languished in New Line Cinema’s development hell for years before being resuscitated by La Jolla Playhouse. It’s about the battle over the patent for the invention of the television set. “The race pitted a young genius, Philo T. Farnsworth, who came up with the idea as a high school student, against David Sarnoff, the head of the Radio Corporation of America (RCA).” More here.