In the 1980s, photographer Steven Siegel captured the city through its many layers of grit and gloom—from the subways to the burned out buildings to the abandoned waterfronts, the most striking images in his expansive catalogue are best described as post-apocalyptic. And they're even more so when viewed in present day, considering how the city's streetscapes have changed so drastically over the past few decades. But as Siegel reminded us recently: "The fact that so much of the superficial depravity of the city has disappeared does not mean that the human misery has disappeared along with it, it has just become less visible."

You can see some of his images from the 1980s above, but Siegel also delved into film, and captured images on video for years that eventually turned into a 17-minute "city symphony" titled "Dream City" (featuring that dramatic opening shot). Though it features real scenes and sounds from the city, it has a surreal feel to it. Recently we asked him more about this film (which you can watch in full below) and the era in which it was filmed—here's what he had to say.

What was your overall vision/goal with "Dream City"? I made the film in the mid-1980s, which, of course, was a difficult and troubled time for New York. Just a few years previously, the city had barely avoided bankruptcy. In the '80s the city was slowly recovering from its fiscal crisis. It was also a time when the city was suffering from the twin social crises of crack and AIDS—which exacted a terrible toll on some neighborhoods. This is the backdrop of the film.

In "Dream City," I tried to fuse together some elements of experimental film and some elements of the traditional documentary film. The experimental visual elements are something of a 1980s version of a venerable film genre that is sometimes referred to as a "city symphony." That label applies to experimental films dating from the silent era that were devoted to a day in the life of a city. The most famous example of this genre is Dziga Vertov's "Man With a Movie Camera" (1929).

The "city symphonies" of the 1920s were short silent films that were accompanied by music. "Dream City" was somewhat different in that it melded a soundtrack that uses music but also used more traditional documentary elements like voice-over interviews and ambient sound effects. Some of the tension of the film derives from its experimental visuals and more conventional documentary soundtrack. However, the film does not include on-camera interviews of people—that would have broken the seamless visual spell of the city symphony.

What I was going for was a dense soundtrack that complemented the dense imagery... and that "grounded" the imagery to some extent but not entirely. The subjects of the voice-over interviews acted liked narrators... or more specifically as "tour guides" of the city that lead the viewer through neighborhoods from the South Bronx to Times Square... all interconnected by subways. But sometimes the "tour guides" were silent—that is, the "documentary element" disappeared entirely—and the pure visual "city symphony" took over completely.

The choice of the title, "Dream City," was meant to invoke several ideas. It suggested the dreams of the teenagers for a better city. But it also was meant to invoke the form of the film—a quasi-narrative that moved with the interconnected logic of a dream but also employed a dream's occasional visual nonsequituirs and surreal juxtapositions. I was going for a kind of visual story telling that lies somewhere between (on the one hand) a kaleidoscopic hodgepodge of unrelated images that is the hallmark of some experimental films and (on the other hand) a tight narrative structure that is associated with most conventional fiction and documentary films. That middle ground of visual storytelling is a "sweet spot" that is very hard to achieve and sustain.

I also aimed for a "middle ground" in the tone underlying my treatment of the subject. The visuals of the film were dominated by gritty and depressing subject matter. But the voice-over narration of the teenagers was often hopeful and optimistic. My aim was to show the indomitable spirit of New Yorkers in the face of adversity. Then too, this sometimes jarring counterpoint may have furthered the overall dream-like ethos. 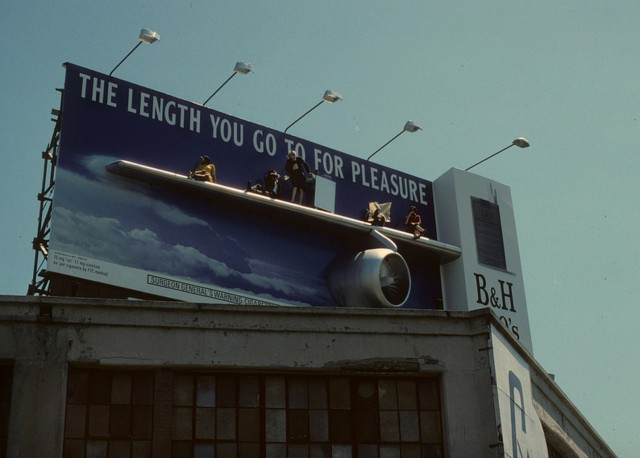 How long did it take you to film the footage and put it all together? I made "Dream City" over the course of three or four years. I think the film benefited from its long gestation. In most film productions, there is a rigid tripartite production process: preproduction, production and post-production. In other words, scripting, shooting and editing. In general, the high cost of making a film usually requires that the three parts of the creative process be kept separate. "Dream City"—like many personal low-budget/no budget independent films—was not subject to these requirements imposed by the usual economic realities of filmmaking. I dispensed with the traditional tripartite production process. Instead, scripting, shooting and editing were integrated. One shoots footage and then edits it. In turn, that edited fragment generates a new idea. So one goes out and shoots the new idea, incorporates it into the working cut... and that, in turn, generates another idea... and so on. The creative process become a sort of continuous feedback loop. In the end, one develops a work that probably could not possibly have been scripted in advance in the traditional way.

For this approach to work there must be no impending deadline. The work may benefit greatly if you are able to lay it aside for awhile and come back to it with "fresh eyes." Few can afford to do this in mainstream filmmaking. In some ways, when it comes to the creative process, time is the greatest luxury of all. I didn't have much money... but I did have time.

This organic creative process is particularly helpful when the form of the film itself (as in "Dream City") employs a complex quasi-narrative approach that depends on chance visual associations and dense visual and audio elements. This unusual film form almost requires the "organic" approach to filmmaking. 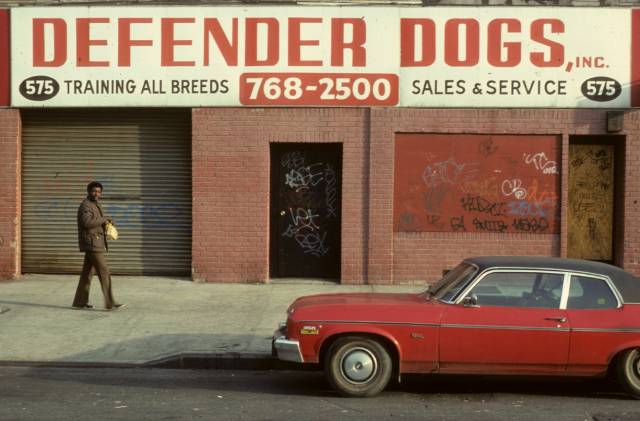 Any thoughts and reflections about the film thirty years later? So much in the city has changed. Times Square has become a haven for tourists. The burned-out precincts of the South Bronx are gone—replaced by occupied affordable housing and parks. Of course, the fact that so much of the superficial depravity of the city has disappeared does not mean that the human misery has disappeared along with it—it has just become less visible. It exists behind closed doors. And gentrification represents a very different threat to the vitality of the city than the threats of the 1980s. But there is no denying that the city was a vastly different place and contemporary New York is a vastly better place. I would hope that "Dream City" shows that this is so.

As I previously mentioned, the city symphony films that dated from the 1920s took on added interest decades later as the films became historical documents of the cities that were their subjects. In a very real sense, these films are visual "time capsules." "Dream City" is now just such a "time capsule" of New York in the 80s.

I would like to think that this has made the film more valuable not just historically but aesthetically—that is, "Dream City" has become even more literally dream-like with the passage of time.

#1980s
#dream city
#flashback
#steven siegel
#original
Do you know the scoop? Comment below or Send us a Tip