A stunning, three-story—don't worry, it has its own private glass elevator—penthouse with panoramic views of lower Manhattan and Brooklyn is now off the market as the most expensive condo sale ever in Brooklyn. The Clock Tower penthouse at 1 Main Street in DUMBO was sold for $15 million. That works out to $3.75 million for each of those four 14-foot glass clocks!

The apartment, which is 6,813 square feet with three bedrooms and three-and-a-half bathrooms, has been for sale since 2010, when its asking price was $25 million. When Corcoran took over the listing in 2013, the apartment was re-listed at $18 million... more reasonable, right?

According to the NY Times, the apartment has been in contract since June: "[T]he closing was delayed, [Corcoran's Frank] Castelluccio said, while the developer, the Two Trees Management Company of Dumbo, made some design modifications to the apartment at the buyer’s request. 'He felt very tranquil there,' Mr. Castelluccio said of the buyer, who plans to use the unit as a primary residence, 'even though the whole city was buzzing underneath.'" 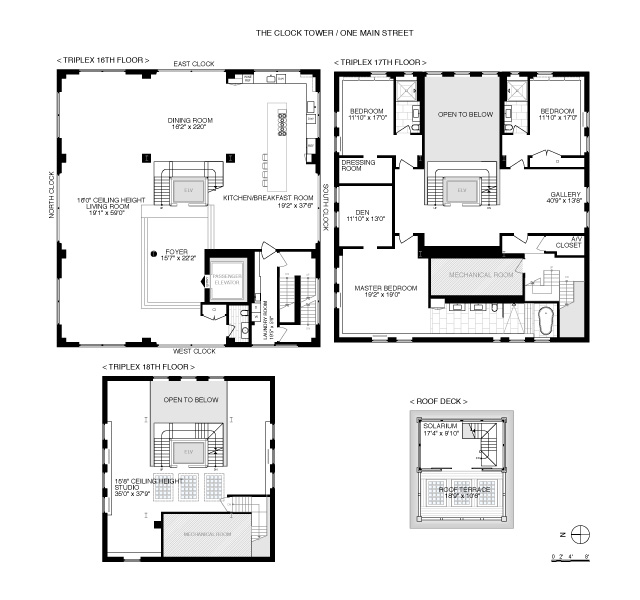 The apartment's "clock tower" is instantly recognizable while heading to Brooklyn on the Brooklyn Bridge, and the building is steps from Brooklyn Bridge Park. Anne Hathaway used to live in the building, but since she left there's still a celebrity quotient there: Socialite Olivia Palermo and husband Johannes Huebl reside there. The apartment also inspired this timeless almost-NSFW Brooklyn Paper video.

#1 main street
#brooklyn
#clock tower penthouse
#dumbo
#real estate
Do you know the scoop? Comment below or Send us a Tip