Have you stopped to appreciate the wonder in marvelous things right under your nose? The historical travel show, Up to Speed, A Hulu Original Series hosted by tour guide extraordinaire Timothy "Speed" Levitch and directed by Richard Linklater, will take you on an eye-opening journey. One of Speed's many entertaining stops is here in the Big Apple—you can watch the whole episode on Hulu! 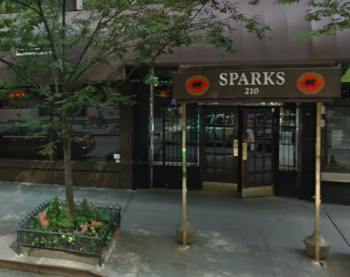 Times Square, Central Park, the Brooklyn Bridge—all are standbys on tourists' must-see lists when visiting New York. However, as Speed shows us, some places worth seeking out may be right under your nose—like the subway grate that blew Marilyn Monroe's dress up in The Seven Year Itch. Besides Speed's fun picks, one of our own favorite unwittingly historical locations is Sparks Steak House on East 46th Street.

While it's known as an exceptional steakhouse ("perfect," according to Zagat), Sparks has an infamous link to mob history. On December 16, 1985, three men gunned down Gambino crime boss Paul Castellano and underboss Thomas Bilotti as the pair were stepping out of a car to head into the restaurant.

The hit was organized by John Gotti, another Gambino underboss who was unhappy with Castellano's leadership. Gotti, whose disagreements with Castellano were escalating, feared he would eventually be killed if he didn't remove Castellano first.

Sparks owner Pat Cetta said at the time that Castellano didn't have a reservation, but, "We have many celebrities who come into Sparks. Movie stars, TV people. Lots of famous people. Castellano was a celebrity." In the days after the killings, tourists flocked to the scene. A nearby restaurant owner admitted he would have "dragged the body around the corner to my place" to drum up some business.

It turns out that Gotti, who seized control of the Gambino crime family, had been across the street in a car watching the hit (he drove past the restaurant to see bodies). Today, Sparks has outlived the "flamboyant" Teflon Don, who died in federal prison in 2002, and remains as popular as ever. In fact, the grisly mob power play may have helped business.

Be sure to watch Up to Speed, A Hulu Original Series, and see Speed's favorite NYC spots. Click on the image below to watch the whole episode: 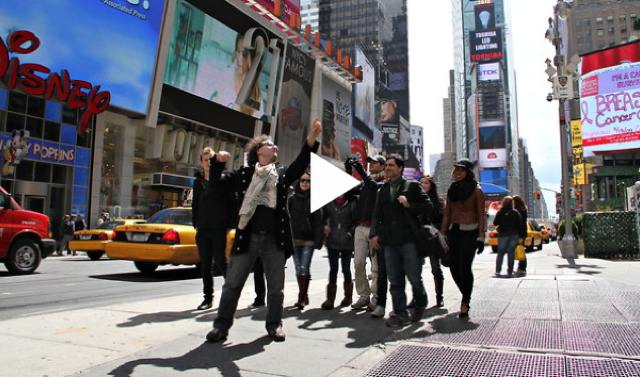