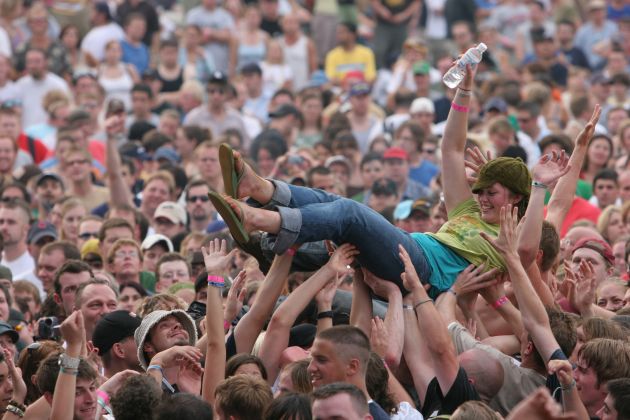 The south Jersey town of Vineland – or “shithole Vtown” as some locals call it – will host a massive three-day rock festival with camping this August. The Vineland Festival will be presented in a partnership between the company that resurrected Lollapalooza in Chicago and U.K. concert promoter Melvin Benn, who has managed the Reading Festival. No acts have been announced but that hasn’t stopped promoters from setting their price: a three-day pass, which includes camping and parking, will cost about $225, bro.

The event is set to take place on 570 acres of farmland with the capacity to accommodate 80,000 concertgoers, though promoters assured the town with a straight face that the first year will be smaller in scale, with "an expected audience of 10,000 to 20,000 people." As was the case with 2003’s ill-fated Field Day festival intended for Long Island, local residents have been immediately skeptical of the announcement, despite the Vinetown mayor’s rosy prediction of “hundreds of thousands of dollars in revenue for local businesses”. Some of the objections posted on the local paper’s comment board will surely be voiced when the mayor reveals more details at Vineland City Hall on December 6th:

The traffic complaints, xenophobia and hand-wringing about law enforcement are to be expected from small town America, but there’s a lake at the site!? Organizers are going to want to drain that most ricky-tick – nothing raises a festival’s death toll faster than a body of water, calling out to revelers across the nitrous tanks, Jäger bottles and 4-foot bongs like Davy Jones.