Someone Skywrote A Marriage Proposal Over Manhattan

Ah, the stunt marriage proposal. Is there a better way to ask the person you love more than anyone in the world to spend their whole life with you, while also declaring to the world that you're cool and unique and more fun than other marriage proposers? No, no there is not. And yesterday, someone took the stunt proposal to new heights (literally), by seizing Manhattan's sky for a proposal that was as touching as it was quick to blow away in the wind. It was a bit of a spectacle but hey, at least it wasn't a fake traffic stop. 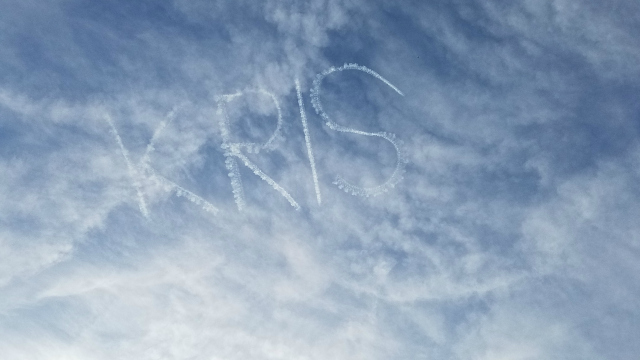 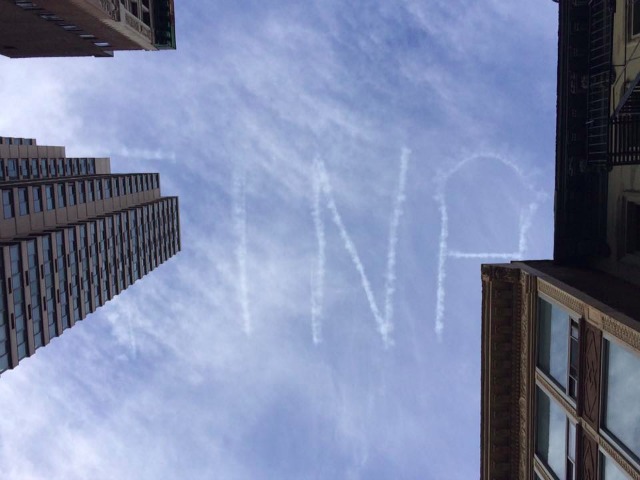 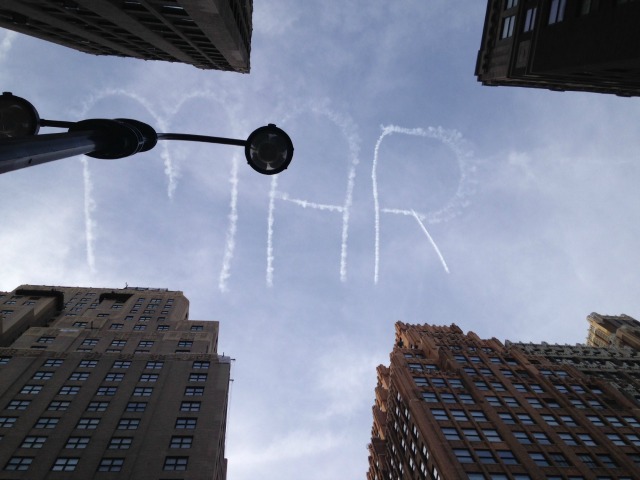 The marriage proposal, to someone named "Kristina," happened at about 6:30 p.m. last night and could be seen from Union Square to East 54th Street, based on social media accounts of people watching the proposal float above their heads.

Someone is skywriting a marriage proposal over Union Square right now. If it's for you, CONGRATULATIONS! pic.twitter.com/60SRgTBrNE

I stumbled upon the spectacle on 8th Avenue across the street from the New Yorker Hotel. The crowd seemed to be excited, but also confused by the stunt. As the words melted into nothingness and were carried away by the prevailing winds, many witnesses on the scene stopped to take pictures, but also remarked on how it seemed like a terrible idea, considering how hard it was to figure out what was being written.

Still, everyone from pedestrians to people in stopped cars decided to gawk, so one can only hope the intended target did also.

NYC Moment: someone is skywriting a proposal and creating quite an on the ground sensation pic.twitter.com/IWcFvPG27r 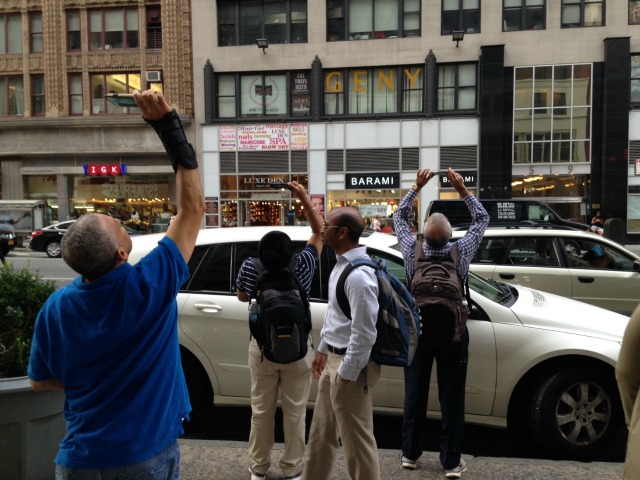 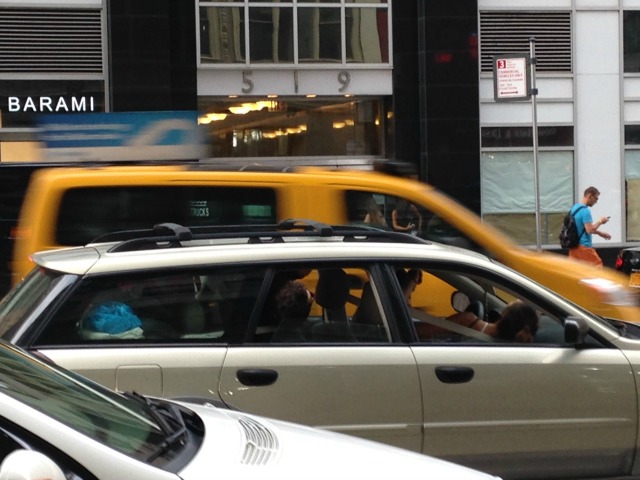 Apparently, the marriage proposal was for the woman to my left. And she said Yes! #nyc #newyork #NewYorkCity pic.twitter.com/pRtLvy916s

Drew, who spotted the proposal on 54th Street and Madison Avenue, said she was standing next to two people while she filmed the above video, and one of the women started saying "Yes," and that it was for her. She couldn't confirm for sure that the woman saying, "Yes, yes, yes" was actually the intended recipient or that she was specifically referring to the skywriting, but she told Gothamist, "It struck me as odd to actually hear someone say yes so close to me." 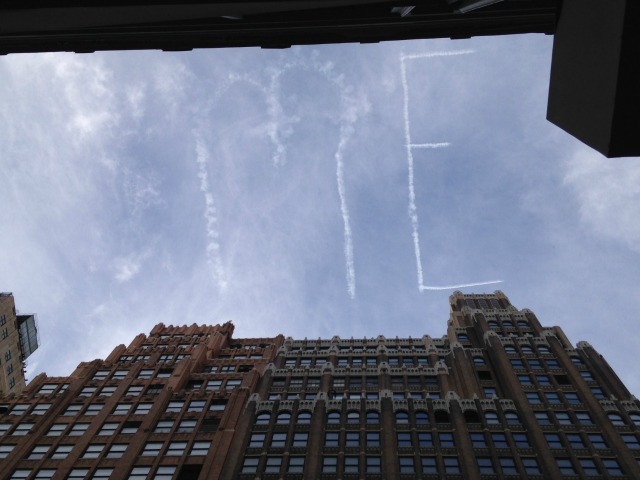 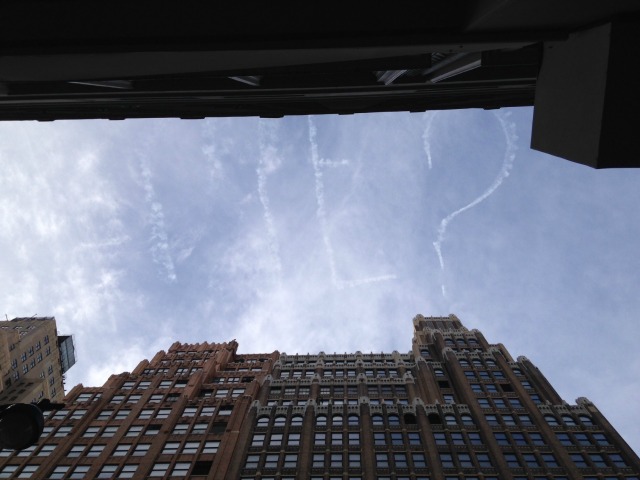 The whole thing was a bit cloying, but Kristina's fiance got to own Manhattan's sky for a brief moment, so they'll always have that. Kristina, whoever you are and wherever you are, I hope you enjoyed this public spectacle, and that it didn't make you want to curl up in a little ball and die.

#keep watching the skies
#marriage proposal
#skywriting
#original
Do you know the scoop? Comment below or Send us a Tip