Someone Has Left Paul Rudd A Letter In Brooklyn 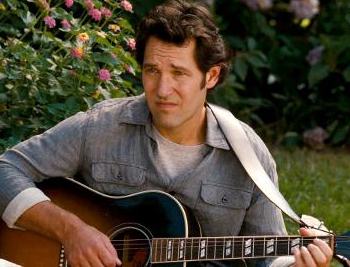 Paul Rudd is in town filming a new David Wain-directed movie, titled They Came Together, and a fan has left the actor a note near one of the shooting location signs. It states, in part:

"You're the man. Everyone likes you. I mean everyone ... As for me: I'm just some schmuck from Oakland, CA who now calls Brooklyn home. You see, the funny thing about me is, I'm a unique guy not that many people know it yet (that's what my mom says at least) ... I do not really know how to break into the entertainment business so I have just been writing all the time and making some YouTube comedy videos ... hoping something will materialize.

The poster—his Twitter account is listed on the sign as Ari King, aka @JiveTurkeysNYC—would like to become part of the production team on the film, noting that he hopes Rudd & Co. will simply think, "You know what? This audacious weirdo sounds like an okay guy. Maybe I should see what's up with him..." Here's the full letter: 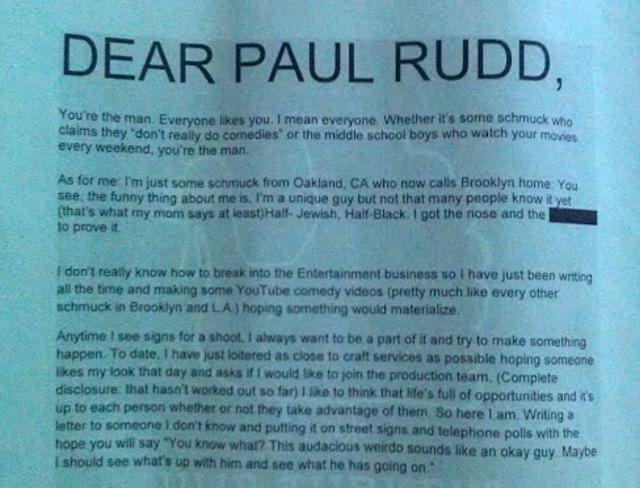 #Ari King
#paul rudd
#they came together
Do you know the scoop? Comment below or Send us a Tip