Some Historical Timestamps In Sunday's Sort Of Depressing Mad Men

Sunday night's Mad Men was a bit depressing, so let's focus on some of the historical points... and if you haven't already seen it, spoilers ahoy. 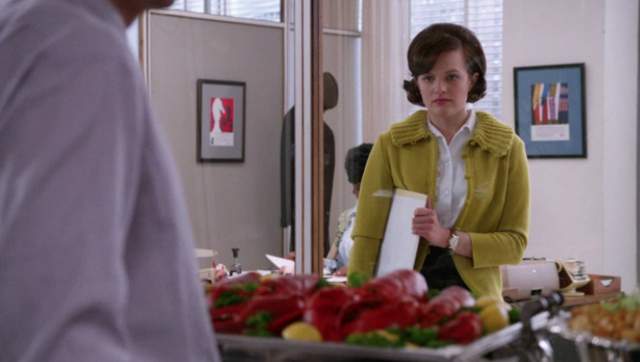 In the beginning of the episode Joan announces: "Mr. Sterling bought lobster from The Palm... doesn't that sound good?" The Palm was a fine-dining establishment that opened in 1926 at 837 Second Avenue (as you likely know, it's still there); it was known early on for its steak and lobster. Later, it became a lunch and dinner club for many of the city's newspaper employees, and caricatures began popping up on the walls—"The Palm's historical materials contend that the caricature tradition began as a twist on the phrase 'sing for your meal' where an artist who enjoyed the fare would pay for his meal by drawing a portrait on the wall." 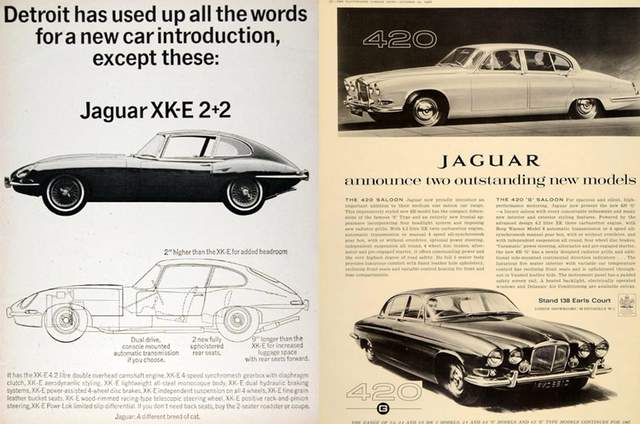 The team continues to pursue Jaguar as their first automobile client, knocking around slogans based on women and mistresses. Above, see two Jaguar ads from 1966, and two more from the '70s below, showing that the company was definitely moving in that direction. 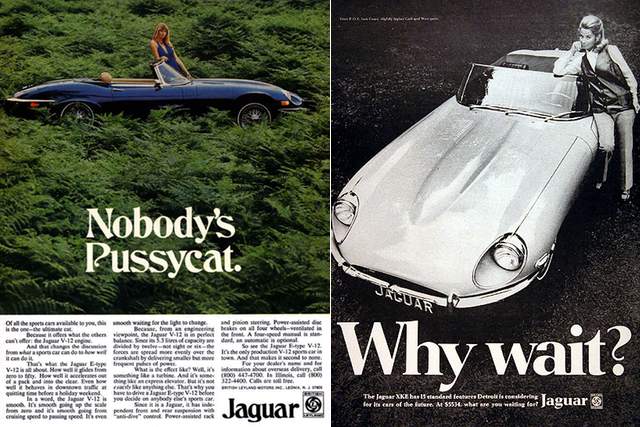 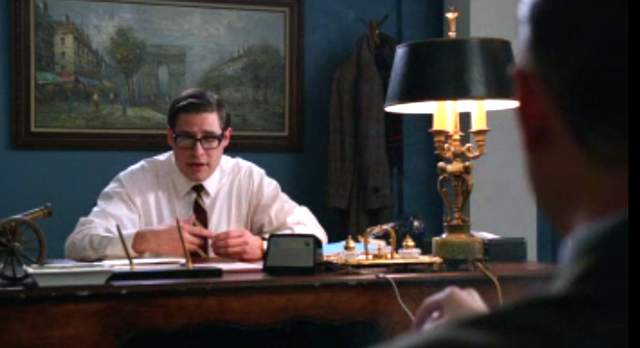 During the episode, the group has a call with their Chevalier Blanc client (was this even a real cologne? We can't find any evidence of its existence!). The call is on a speakerphone, and this is the first time we recall seeing one in the Sterling Cooper Draper Pryce offices. Ericsson’s first speakerphone was designed in the 1930s, and by 1959 the more functional speakerphone, the Ericovox, was launched, so it's very likely by 1966 they were making their way into offices. 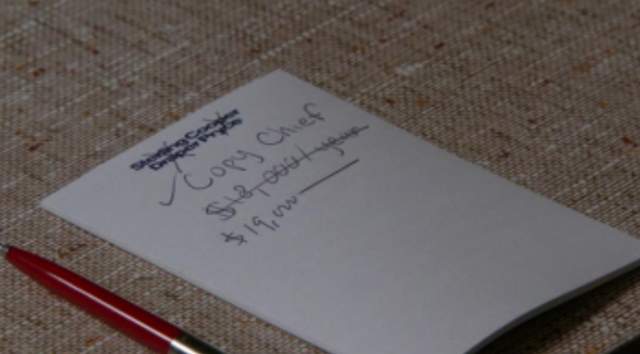 When Peggy tells a possible new employer (Don's nemesis at Cutler, Gleason and Chaough) how much she wants to make as Copy Chief, she asks for $18,000 a year, and is offered $19,000. According to the inflation calculator, this would be about $126,000 today. Joan also mentions that the offer of $50,000 for sleeping with a potential client is 4 times the amount she makes in a year, meaning her salary is around $12,500. However, this site notes that the average income that year was $6,900.

Don tells Megan, "I was going to watch Carson then cry myself to sleep." You can hear part of the episode in the background, where he's heard saying, "There goes the act... one shot and there goes the tambourine." Since we can't find that episode, here's Dick Cavett talking to Carson about living in an apartment with thin walls, earlier in 1966.

#jaguar
#mad men
#mad men history
#speakerphone
#the palm
Do you know the scoop? Comment below or Send us a Tip