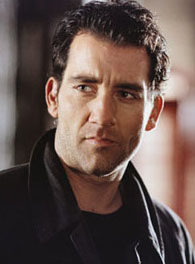 Director Steven Soderbergh is bringing old New York to the small screen with a new Cinemax show called The Knick. The series will take place in a New York City hospital in 1900, and according to ArtsBeat they even plan to film here—"production of the series is expected to begin in New York in September."

According to the IMDB page, the show will take a look "at the professional and personal lives of the staff at New York's Knickerbocker Hospital during the early part of the twentieth century." So basically Grey's Anatomy but set in the olden days and starring dreamy Clive Owen. And FYI: the Knickerbocker Hospital was real, founded in 1862 and located at 70 Convent Avenue (the address now houses apartments).

Soderbergh recently vowed to retire, but maybe got re-energized from his Emmy nom for the HBO miniseries Behind the Candelabra.

The Knick will hit Cinemax sometime next year.